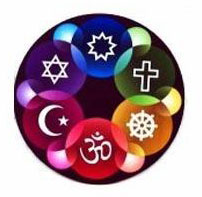 Greetings, World-builders! Here is another question from a group of Catholic writers at an online conference I spoke at several times as a non-Catholic guest.

Q: What are the common elements of all religions, and how do you decide what to keep and what to discard when creating one for your world? Can you discard any of the elements?

This depends on whether the religion is revealed or “compiled”. I think there may be a revelation in the seed stage of most, if not all, religion, even the ones we think of as animistic. But for the sake of this discussion, I’d say revealed and compiled (or accreted) religion are distinct forms.

A compiled religion is a response to universal but sometimes mundane questions. Why does it rain? There must be a power behind the weather that knows when we need rain. What about the Sun — what’s up with that? There must be a deity or power responsible for that, too. Let’s not get them angry — what do you think they like for breakfast?

A revealed religion is simply that: An Avatar or Messiah arises who seems not to be a product of His times. He is inherently different — knows things He shouldn’t know, understands things no one else seems to grasp. He usually claims some connection with a previous revelation. For example, Christ’s “If ye believed Moses, ye would believe me, for he wrote of me.” He says outrageous things: material existence isn’t everything, love your enemies (yeah, even the Samaritans), women and men are equal, you’re all brothers and sisters under the skin, etc.

Among our current revealed world religions (i.e. Hinduism, Judaism, Buddhism, Christianity, Islam, the Bahá’í Faith, etc.), there are a body of core teachings that are identical. The Big Three, I guess you could call them: 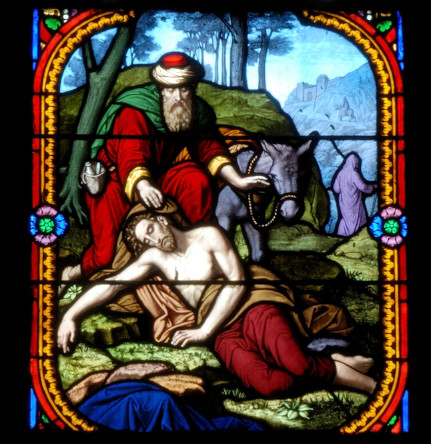 The top commandment we are called upon to obey, in all cases, is to love one another. Take what we know in the West as the Golden Rule: “So in all things, whatever you would have men do to you, do also to them, for this sums up the Law and the Prophets.” (Christ, The Gospel of Matthew)  This exists in similar form in all of the above-mentioned faiths from the oldest to the youngest. It’s important enough to Christian doctrine that Christ associates it with the “narrow path” that leads to salvation.

Another commonality is that each of these religions has two sets of principles: the spiritual and the social. The spiritual teachings (think Golden Rule) seem to be constant. The social ones change. Think of the kashris or food laws of Judaism. They’re not observed by Christians because Christ didn’t renew them and Peter had a vision that seemed to abolish them.

In writing about an existing, real-world religion, a writer certainly could opt to leave out any of these common elements. And I think, depending on the age or phase the religion is in, that’s realistic. I’m sure we’ve all witnessed how professing believers even seem to forget them. For example, Christ’s exhortation to love our enemies and Muhammad’s warning in the Qur’an that “God loveth not the aggressor” have fallen on ears so deaf during some periods of history that we have been treated to horrific atrocities committed by avowed believers. In some cases, the commission of these atrocities has been institutionalized to a point approaching doctrine.

I think even a cursory study of the history of religion is a great asset for a fiction writer who wishes to make religion a living, breathing part of their stories. How you incorporate the common elements of all faiths into those stories will depend on the role religion plays in your world.