THE LIFE CYCLE OF A TRILOGY 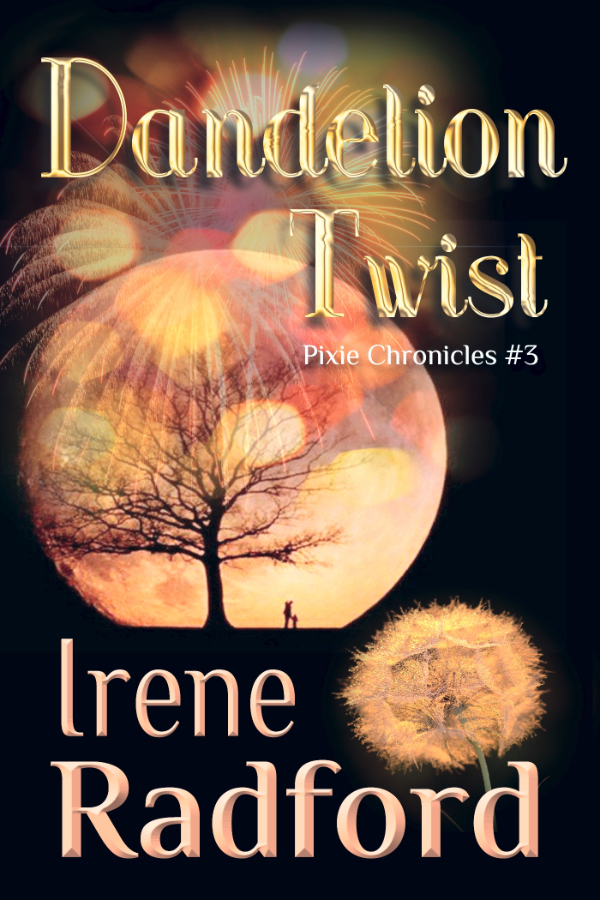 THE LIFE CYCLE OF A TRILOGY:

This week saw the release (FINALLY) of Dandelion Twist, the Pixie Chronicles #3.

My Pixies first saw print in Thistle Down, DAW Books 2011, followed by Chicory Up the following year. I really wanted to write a 3rd book Dandelion Twist the year after that, but could not convince my editor to issue an advance for more than two books.

Sales of the original versions were not spectacular and so I moved to something else.

By this time, I had help found Book View Café, a publishing cooperative. Though I would continue to write books with DAW Books, BVC gave me the freedom to write books that kept my muse satisfied.

With 20/20 hindsight I don’t think I’d have the maturity and insight to write this book back in 2010 and 2011. I didn’t see it at the time, but it seems the Universe was looking out for me.

And then, and then… I managed to regain the publishing rights to Thistle and Chicory. They required serious editing and new covers by Maya Kaathryn Bohnhoff. Both are now available at BVC and Thistle is on special this month at our bookstore. A few more books interfered with Dandelion’s release—two of them for DAW under a new pen name that are a different take on the Robin Hood mythology (Walk the Wild with Me and Outcasts of the Wildwood by Rachel Atwood). When I had gaps of time, I wrote a chapter or two of Dandelion.

And then, and then… Last November I actually had a break in deadlines and editing and other responsibilities and could join so many of you in NaNoWriMo. National Novel Writing Month. The goal, each year is for writers to write 50,000 words (a short novel) in thirty days. This marathon takes place during the month when I have a major SF/F Convention, Orycon, and a major family oriented holiday, and the beginning of Christmas shopping and lighting displays. Busy, busy,busy.

Back to Dandelion Twist. I did not join NaNoWriMo. I made a commitment to myself to write 1000 words a day for thirty days. That’s half a book. Not up to the heyday of my writing career when I plunked down 2000-2500 words a day. Now-a-days that is referred to as “Pulling a Lake” in honor of the late great Jay Lake who wrote that much or more every morning before work. My writing stamina has decreased over the last twenty-eight years. But I still aim for 1000 words a day. That’s a target, I don’t always hit it.

But those thirty days of concentrated writing gave me the solid foundation to finish the rough draft and get it into the queue for release of the book last Tuesday.

And that’s why sometimes it takes 10 years to complete a trilogy.

Can I, or will I turn 3 books into 4? At one time I thought I would, there are a number of secondary characters in these chronicles I can explore. There are lot of Pixies representing flowers who can help them come of age. Lilac Left? Rhododendron Right? Spruce Spiral?

Let me think on that for ten minutes. I’ll let you know if the muse wakes up and demands I write one or more of them.