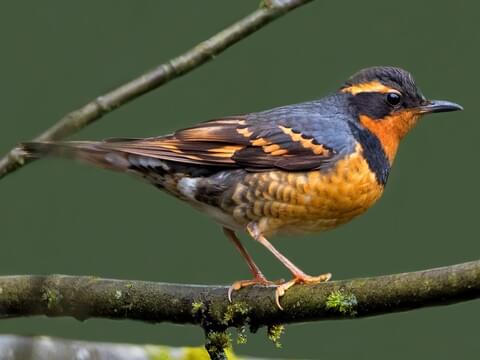 For the past 3 years, I have spent a cold day in winter counting birds. Amateur bird-watcher that I am—not a “birder” in that I don’t devote hours of my life learning bird song even though I wish I had the time for that and admire those who do—I had procrastinated many years before now in participating in the Audubon Society Christmas Bird Count (CBC).

We meet in the cold, damp December morning, the first Saturday after Christmas, in a city park parking lot. It’s a Seattle show; even though I live along the southern city limits, with a Seattle zip, no less, if a bird-count group exists in our little town I haven’t uncovered it yet. My favorite zones are close to the southern and often forgotten reaches of a city where “North Seattle” is the desired zip code, and therefore most people can’t afford to live there any more and there are too many Porsche Cayennes for my taste.

Many Seattleites don’t know much about the Duwamish River upstream from Boeing. Thousands pass over the river every day on Interstate 5 and don’t even know it’s there. I know because before we bought a house on the river, I didn’t know it was there either. Its source is the Cascades, somewhere on the slopes of Mt Rainier (named Tahoma by the Salish).

This secret river, winding from the Kent Valley to the industrially poisoned Duwamish Waterway, past Harbor Island loading docks into Puget Sound, attracts wildlife as any river does. And certain members of this wildlife do quite well. Others not so much.

Always a keen observer of city wildlife—not just whose cat belongs to whom—I’ve seen a lot of changes in the membership. And made several wrong assumptions that I have since corrected. Like feeding raccoons. And having bird feeders.

On the feeding of raccoons, we all know why this is not a good idea. As to having bird-feeders, as much as I loved my black niger feeder covered with goldfinches, the Washington State bird, I didn’t really care for the army of shameless rats who thrived on the seed-fall.

These guys are my every-day birds, regular customers and neighbors. This includes the crow couple who return every year and build new digs to raise their babies. The spring Red-tailed Hawks whose sky-high pirouettes entertain us. And the ospreys, who return each year to the osprey platform built by my little city on the river bank a mile down stream.

In mid-winter, Bald Eagles pass through seeking mates. I have seen a pair of ravens attempt to make a home in the vicinity, but the crows had other ideas about that and convinced them to move on. One night, after we’d lived here only a few years, I heard a Screech Owl in our back yard—a near-one-acre plot leading from our house to the river.

I’ve seen otters and seals in the water, along with Coho salmon and mergansers, Canadian Geese, Great Blue Herons, Mallards and Belted Kingfishers.

At night, especially in spring, we smelled the skunk as he went about looking for a mate.

Many of these are gone now. Habitat loss, sadly, a seemingly unstoppable modern-day scourge.

So that’s why I’ve started participating in the annual Christmas Bird Count. I suppose one could argue that the name of this event, started in 1900 by an American ornithologist, could be one day be changed out, but as this appears to be a solely American effort, to count birds rather than slaughter them, I don’t expect that change to come soon.

(If other countries do something similar, I would love to hear about it.)

Birds that I’ve seen on my long winter walks with practiced birders through parks, school play fields, and public gardens, include a Barred Owl (not exactly a welcome guest in the Pacific Northwest), a Pileated Woodpecker (more common around here than I knew), Hooded Mergansers, Green-winged Teals, and Coopers Hawks.

Now, if I can just figure out who the orange/black secretive late spring/early summer visitor is, who comes for our cherries, I’ll be very satisfied. In the running are a Bullock’s Oriole, a Western Tanager, or a Varied Thrush.