Chocolate as a Weapon 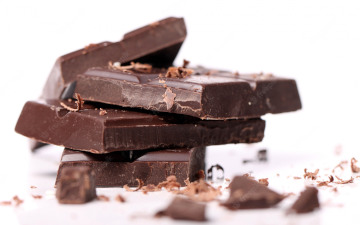 I wanted to find out if chocolate had ever been used to kill someone, outside of adding poison to the drink. But you’re lucky today, because instead of that macabre subject, while reading Chocolate, a Global History by Sarah Moss and Alexander Badenoch, I find it far more interesting to write about how chocolate came to be so central to the menus of Western Europeans and their descendants (meaning Americans).

First, why is it called chocolate?

The Aztec called it xocoatl, as documented by Spanish clergy deployed to New Spain to convert the natives. The upper ranks of Aztec society drank it, after drying then grinding the contents of cacao tree pods. It’s said that the Aztec got chocolate from the Toltec, who got it from the Maya, who got it from the Olmec. The Spanish friars coined the word “chocolate”, which has migrated over the centuries comfortably into English. The missionaries, in observing the natives, came to the conclusion that Aztec holy men and the ruling elite drank it to achieve divinity, but as it was used only by the privileged and at celebrations such as weddings, anniversaries and funerals, this consumption might be better compared to the serving of champagne.

Regardless, the Spanish occupation quickly adopted the habit. Aztec men and women were reduced to slavery—the ones who survived, that is—and their principle occupation was picking and processing cacao. Friars and bureaucrats who returned to Spain from the New World brought their chocolate habit with them, and from there it spread to France, Holland, Italy, Germany, and thankfully to Belgium—which at the time was still part of France and Germany. In England chocolate houses and clubs proliferated and the drinking of chocolate became associated with debauchery. When it hopscotched back to the American colonies, it became the drink of the local elite—it was also more abundant than coffee or tea, because it could be smuggled into the colonies from where it all began—Mexico.

In the early 19th century, cacao presses were coming into use and the first production of a solid confectionary chocolate was in England, but the Swiss output tasted better and became more popular. Makers like Lindt, Suchard and Nestlé (sound familiar?) continued to improve on the original, and by the end of the 19th century using techniques of squishing out the cocoa butter and mixing it back into the ground cacao with sugar, vanilla and any number of delicious additions, like hazelnuts. Belgians were the first to produce a chocolate bar affordable for the ordinary Belgian. Neuhaus chocolates, in my opinion, are the best on the planet.

In the military of both England and the colonies, chocolate compressed into hard “cakes” were standard soldierly rations. Long before this, the Aztec took the long-lasting and easily-carried cakes when they traveled. Hershey bars were the G.I’s go-to peace offerings during the Second World War.

Our romance with chocolate has followed a rocky past. Slave rebellions in Central America and the increasing demand for chocolate among Europeans prompted new thinking by chocolatiers. The Dutch brought the cacao tree to Indonesia, thus exploiting cheap labor on their plantations. The Portuguese, after losing their colonials to independence, took the trees to West Africa for another cheap, impoverished labor force. Neuhaus and Sarotti (German) exploited the exploited by embellishing their candy wrappers with demeaning imagery of their African slaves.

These days chocolate is a foodie-gourmet’s obsession; Hershey meets fair trade. Godiva versus peanut butter M&Ms. Chocolate is consumed daily, often several times a day. How dreadful to have a chocolate allergy! Chocolate is flavored with oranges, raspberries and bacon. Chocolate chip cookies are an American treasure.

3 thoughts on “Chocolate as a Weapon”