Piper in the Night

Piper in the Night

Dennis Short thought his tour of duty was over …

…but now he has stepped into another war.

Short, a Navy medical corpsman stationed in Hawaii after his ordeal in Vietnam, is looking forward to his two-week excursion to the island of Kahoolawe. He’s there as the medic for a team of forward observers whose job is to coordinate the bombing, strafing, and shelling of the island’s massive target ranges.

All he expects to do besides watching the fireworks is work on his tan and get in a little fishing and hunting on an exclusive, untamed preserve. But from the first day, he is plagued by an oppressive sense that he is being manipulated. Each night, he slips into a dreamlike world of half-human mythical creatures who tempt him, frighten him, force him to become part of their battles with one another.

He thought Vietnam was the way to hell. But a new portal is opening wide for him on a supposed island paradise.

“Nebula Award nominee Smeds should only enhance his reputation with this well-crafted dark fantasy set during the Vietnam War. Mixing distinctly diverse elements into a coherent story with success, Smeds has created one of the better fantasies to come out of the Vietnam experience.” —Publishers Weekly

It was not Hawaii as mainlanders imagined it. Kahoolawe was a pockmark on the face of paradise — the home of Kanaloa, Brother Death. As we approached from Maui over the Alalakeiki Channel, the island eroded before our eyes. A brick-red plume streamed off the top of Mount Lua Makika, iron oxide dust offered to the skies of the Pacific, a ghost of the eruptions that the volcano could no longer disgorge. Steep cliffs sheared off the eastern shore. Dramatic ravines cut the central highland, giving way in the west to an undulating peninsula fringed by tide pools, beaches, and rocky islets. It looked lifeless and stark — even the scattered masses that I knew to be vegetation seemed nothing more than blemishes on a cracked mound of clay.

I pressed my camera lens against the chopper window, trying to avoid the grease and dirt, and pressed the shutter release. “Ka-ho-o-LAH-vay,” I said to myself. Like most of the place names in the islands, this one warped the lips of anyone accustomed to Indo-European languages. Sometimes I thought my tongue would go spastic.

The noise of the chopper rattled on, constant and inescapable. I scooted between cartons of C rations and shifted twice, trying to find that magic place that didn’t make dents in my flesh or vibrate it off my bones. The dust motes danced.

The doors bugged me. In Vietnam, Hueys hardly ever had doors — at least, not ones that were shut. Three times I’d flown open as a tin can over green waves of jungle, sphincters clenched, knowing that nothing but atmosphere separated me from hillsides where the last slick through had taken unfriendly fire. Seems like after that I should’ve been glad for doors in choppers, but all I could remember was how blissful it felt when we touched down and nothing stood between me and the safe, firm ground. One small window couldn’t banish the perpetual suspicion that somehow that jungle still yawned below, waiting to swallow me.

Just keep those eyes open, I told myself. Those combat flights belonged to the past. Now my vision was filled with fuselage, cargo, and two grunts in freshly laundered fatigues. This was Hawaii. Helicopters needed doors here. Without them, Kahoolawe’s winds would have blown us out in the first three minutes. The trades. Set out a sail and you’d end up in Tahiti, three thousand miles due south.

Beside me, Potter’s face alternated between chalkish white and pale green. I could just picture hot, cheesy puke rolling around under my boots, the smell quadrupling in the enclosed space. Nothing brings up my own stomach like the odor when somebody else loses it, just like a school bus chain reaction. I took another hit off my joint: preventive measure.

Potter had one of those baby faces that made you wonder if he had really been old enough when the Marine Corps nabbed his ass. Beard too wispy to fight a razor, he looked exactly like a pimply, scrotum-head recruit. In actual fact, he was a lance corporal. Potter thought being an E-3 made him a man. He wouldn’t admit the ride was getting to him. I’d given him some dimenhydrinate earlier, and practically had to open his jaws myself to get him to take it.

“We’re almost there,” I told him, voice constrained as I tried to keep in the marijuana. The racket drowned me out. I held out the joint to him.

He shook his head. Automatic gesture. Get thee behind me, Satan.

Jones accepted, though, reaching across Potter’s lap. He toked once and transferred the remains to his roach clip. We shared a knowing smile. When Potter glanced at me I pretended I was tracking a butterfly up out of sight. Jones was one of the better breaks about this trip. He had been with me on three of my previous excursions. He was big and black, with lips like Mick Jagger’s — sheer joy to watch him suck a reefer — and looked just as ugly, dumb, and mean as you’d expect of a Marines Corps private, but once you caught the twinkle in his eyes you knew that was camouflage. He’d been around. Dumb he wasn’t.

It was my sixth trip. The others had been weekenders, mostly routine training runs for the pilots out of Kaneohe Marine Corps Air Station. This time we had ships coming through, too. The other corpsmen at the base hospital felt sorry for me — no Hawaiian pussy to chase during off-duty hours, no bars, no television. I was laughing behind my teeth the whole time. Kahoolawe was a whole different trip; a man couldn’t beg, borrow, or steal the same experiences on Oahu.

We were part of an ANGLCO squad. Air and Naval Gunfire Liaison Company. Kahoolawe was one of the USA’s biggest target ranges. Sooner or later, the gun crew on every ship headed for Vietnam, and every pilot stationed in the islands or on an aircraft carrier, had to put a piece of this rock in their sights. Every year ships went out with one-third of their men barely out of basic training camp; every year pilots had to be re-certified. No one who handled the big stuff wanted a virgin next to him going into a war zone; this was where the boys lost their cherries. Kahoolawe was forty-five square miles of clay pigeon.

ANGLCOs coordinate the bombing, shelling, and strafing of target ranges. The teams sent to Kahoolawe typically numbered five or six. There were nine of us this time. The added personnel were trainees learning how to be forward observers. The regulars included the head FO, one or two shit-detail men, a corpsman or medic like me, and the bomb disposal people.

That was the official story. It’s true we had work to do. But the work didn’t last forever. I was churning out the hormones so fast the joint didn’t even cool me out. Vacation time. Disneyland.

Even Jones didn’t know the half of it. I would have committed murder to be included on a trip to Kahoolawe. 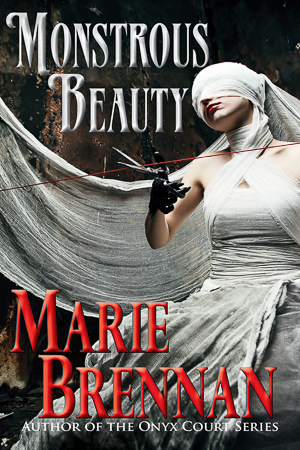 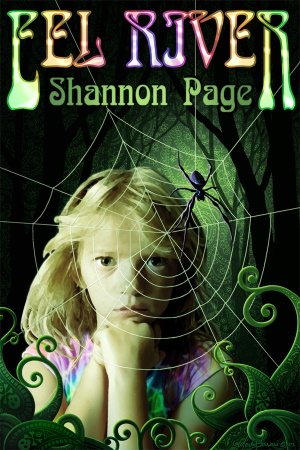 It’s all groovy, mellow fun on the back-to-the-land commune…until the monster shows up.