Newly appointed priestess to the Temple of Aelynn, Tasia Olympus is burdened with the greatest task to face any leader—saving her acolytes from a tsunami and finding them a new home. Her ability to communicate with the goddess cannot tell her how to protect three dozen virgins and an equal number of soldiers and sailors as they flee their doomed island.

Experienced captain, Nautilus the Navigator can tackle storms and sea, but obeying a young Seer who tells him to sail impossible shoals requires a level of belief that he doesn’t possess. Giving up his future for a priestess who must remain untouched was not the payment he’d expected for his years of service.

Together, they must build a new home and sanctuary out of a volcanic island that promises plenty to those willing to sacrifice all they know for a future they can’t predict.

Kneeling at the altar, Tasia Olympus lifted the sacred chalice above her head and trembled at the terrible power she held in her hands. At the inconceivable age of twenty-five, she was responsible for every person on this island.

Still shaken by the unexpected death of their beloved priestess and grieving, she did not feel capable of caring for a kitten without Alexandra’s wisdom to guide her. Her teacher had wrapped herself in confidence as if it were a golden robe. Tasia felt as if she stood naked in her ignorance.

Facing the altar, with her back to the kneeling acolytes, Tasia hid her terror from their sight and concentrated on the familiar ceremony. Behind her, Sirene the Musician’s high clear voice echoed against the temple’s tall marble columns in celebration of the moment—Tasia’s installation as the new priestess. Sunshine poured through the open portico. Dust motes filtered through the rays, dancing past the beautifully carved frieze of the goddess and her servants.

In the security of this ordinary routine, she trustingly opened her mind’s eye, hoping for Aelynn’s blessing. Instead, she was instantly blinded to all but her inner vision. Thunderous, raging waves crashed down upon her, impossibly sweeping through the temple, tumbling the walls and friezes. High upon the protected mountain, the temple buildings drowned in a sea of water that swept away their home and all the beloved relics they held.

Gasping in horror, stunned and shaking, Tasia fled the holy vision. Clinging to the sacred chalice to steady herself, she shut her mind down before she collapsed in front of the assembly. She wanted to leap up screaming at the horrifying images in her head—even as the maidens in the temple repeated their peaceful prayers of worship, unaware of the danger ahead.

Tasia stood and silently begged Aelynn the Goddess for answers.

The altar rattled and plaster dust drifted from the frieze.

The goddess usually came to her in visions, but terrified that the earth’s rumble was Aelynn’s means of implying urgency, Tasia swallowed hard and prayed for guidance. The rattling stopped, and she swallowed her fear. Not yet, dear Aelynn, please, give her time to think . . .

The earth occasionally rumbled without causing more harm than a few cracked walls. Would anyone believe her if she said they must all abandon the only home they’d ever known with no more warning than that?

Her knees quaked as much as the chalice. And the marble altar.

And not just from her lack of courage.

More tremors. Was this how the gods meant to wreak their havoc? The time was now? She hadn’t even finished her first ceremony.

A stone pillar crashed at the corner of the temple. The floor beneath her knees swayed, rippling like ocean waves, throwing her off balance. She lowered the chalice to cradle it protectively in her arms like a baby and turned to view the frightened faces gazing up at her for answers. Had the floor not shivered beneath her, she would be shuddering anyway at such responsibility.

Sirene’s voice wavered but neither she nor the lute players halted until Tasia gestured. As if her break from routine was more frightening than the quaking earth, a babble of panic rose with the plaster dust filling the air.

Myra the frightened newcomer, only six years of age, turned trusting eyes to her Priestess. The student beside Myra had been here for most of the twelve years of her life and waited obediently for orders, serene in the belief that the priestess would provide answers. Even the women who had taught Tasia all she knew clasped hands and waited for her to assure them that all would be well—because she was the only one among them to whom the goddess spoke.

If Tasia had interpreted her vision correctly—all would not be well. Change and upheaval and terrible danger were their future. An impossible future. The temple sat high upon an enormous hill. No wave could conceivably reach it—but she must trust Aelynn. This must be a test of her obedience.

Her stomach clenched in dread. She loved her safe, stable home. How could she abandon all she knew with only these images in her head telling her to go?

The shaking pillars answered for her.

Tasia clung to the altar to steady herself against the rocking of the once-solid ground. In her fear, she could scarcely speak. Her first task as priestess would destroy the very foundations of Aelynn’s believers and demand unimaginable loyalty.

“We must all take the boats to the shore,” she instructed the nearest teacher, trying to sound calm and assured, like Alexandra ordering a new scroll. Bringing down the authority of Aelynn would add to the panic, so she needed to sound confident in her commands. “Please have your students fetch those who are not present and tell them to follow us to the galleys. I have Seen the future.”

Her older vestals were watching her with alarm, but pronouncements of visions and unruffled orders reassured the youngest girls of her omnipotence. Tasia remembered a time when the whole world was a mystery in which she must trust the adults who governed her life. She had thought she’d gain confidence with maturity. Instead, she had only added more doubts.

For the sake of her acolytes, she humbly thanked Aelynn for choosing to send the vision during this particular ceremony.

For Tasia’s first appearance as priestess, the vestals in this initial audience had brought symbols of their various trades for blessing. Teachers clung to precious scrolls. Cook clung to her ladle. Gaia held her hoe. For the second blessing, the Healer would be gathering her herb seeds, and others, with their students, would be choosing their most precious tools.

The second ceremony wouldn’t happen today. At Tasia’s announcement, messengers scurried into the spring sunlight, fleeing the temple, racing down the many stairs to the various outbuildings.

The older vestals watched Tasia with uncertainty. She was young and inexperienced. Her visions had always been filtered through Alexandra’s interpretations. Those were reasons enough to question Tasia’s leadership. Still, her vestals had to obey or forsake the goddess they worshipped.

Daskala, one of her best teachers, opened her mouth to question, an unthinkable disobedience under Alexandra’s tenure. Tasia pointed at the door, refusing argument.

The ground rumbled, groaned, and cracked. The reluctant remainder of her small congregation fled.

Outside, through the terraced gardens, her messengers raced from kitchen to sickroom to classroom, warning the workers who had waited for the second blessing. Tasia hurried down the steep steps in the wake of her flock, counting heads as women poured from the outbuildings carrying whatever they had at hand when called.

All told, the goddess had barely three dozen virgins worshipping her in these heathen times, and many of them were too young for understanding. Once, the temple had housed dozens of adults and few children. War and famine had changed life on the mainland, along with their belief in a peace-loving goddess.

The ground continued to tremble as if they walked a terrible battleground of the gods. Women and children raced down the marble stairs to the top of the cliff path—a path they had not traversed since their first arrival. Tasia hurried after them, still counting heads.

A long crack opened in the steps down the slope. Children screamed. The acolytes only used this stairway to leave their requests with the sailors below, or to pick up the supplies the men hauled up for their use. Her maidens had not talked to men since they’d been brought to the temple.

As Tasia watched, loose rocks fell loose from the bluff’s edge and tumbled to the sea below. They would all be flung to their deaths if they did not hurry.

“Where is Khaos?” Tasia asked urgently when her count came up one head short.

“She ran back to the schoolroom. I do not know why,” called Daskala, shepherding the youngest to the last set of stairs to the bluff. “She is old enough to find her own way.”

Not if a pediment fell on her. Torn between carrying the precious chalice to safety and leading a single—very mischievous—child behind, Tasia wished for the more experienced Alexandra to tell her what to do.

The rumbling abruptly ceased, but Tasia knew it would return—bringing worse destruction if her vision was to be believed. Lacking any other knowledge of their fates, Tasia had to trust her interpretation.

The chalice must be saved at all costs, but she could not leave a child behind. And she could not send one of the women in her care into danger. Although as leader, she should be the first to share words with the men to whom they never spoke, Tasia still could not give up the child.

Be the first to review “Mystic Isle” Cancel reply 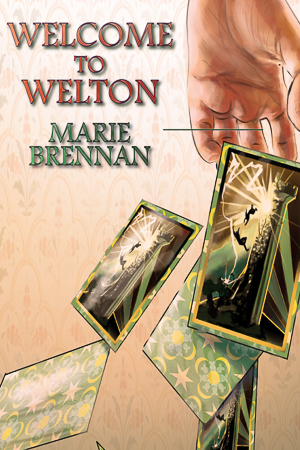 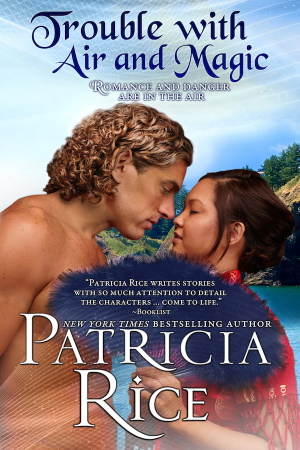