Much Ado About Magic

Much Ado About Magic

Lady Lucinda Malcolm Childe has an uncanny talent for painting pictures that predict future events. When her prize painting of an imaginary romantic hero is displayed in an art gallery, however, it’s declared to be the portrait of a murderer at the scene of a crime, and becomes the scandal of the season.

Sir Trevelyan Rochester has taken down bloodthirsty pirates, captured French privateers, even gained a commendation from the king. Yet now the whole country is convinced he’s a cold-blooded killer—because of a painting. If there’s anyone he’s ever wanted to murder, it’s Lady Lucinda. But somehow the woman bewitches him like no other, and soon he finds he can’t bear the thought of letting her go…

“Lucinda has such a lovely artistic talent. Whyever did she choose to draw a casket?” Hermione Malcolm Childe, Marchioness of Hampton, leaned closer to study her niece’s chalk sketch on the easel. “That isn’t. . .”

She raised up abruptly to glance at her sister Stella. They were in the nursery, dressed for the ball they would attend later. Surrounded by the innocent toys of childhood while garbed in the security of wealthy society, Hermione didn’t fully comprehend the dire subject of the painting. “Is that the young prince?” she whispered in horror.

Stella Malcolm Pembroke, Duchess of Mainwaring, nodded her regally powdered head, concealing an expression of concern. A plume from her headdress bobbed and brushed her nose, but she was watching the children romping and didn’t seem to notice the feather. “Lucinda saw him in the park yesterday.”

Both women turned to watch their offspring. Hermione’s eldest daughter Leila was ordering her younger siblings and cousins into line. Leila’s sister Christina was climbing across dressers rather than following orders. Stella’s eldest daughters weren’t nursery age any longer, but her younger children willingly joined in the romp—all except Lucinda.

Seven-year-old Lady Lucinda sat quietly in a corner sketching with a charcoal pencil, unobserved by the rest of the nursery occupants. Every so often she looked up at a laugh or a protest, then returned to laboring over her work. Her long, slender fingers flew over the artist’s pad. She’d tied her wavy silver-blond hair back with a discarded string to prevent it from falling in her face and distracting her. Her porcelain features reflected sheer pleasure as the picture appeared beneath her pencil. She’d smeared her blue silk gown with chalk, and the lace at her wrists was dirty with charcoal smudges, but she seemed oblivious to her disarray.

“She is such a happy, quiet child,” Stella explained with love and fear in her voice. “She never asks for anything except for someone to look at her drawings. How can I tell her not to show them to outsiders?”

As the younger of the two Malcolms, Hermione was unaccustomed to being consulted by her far more powerful and talented sister, but as a family they were familiar with these perplexing questions of dealing with their gifted daughters. Sometimes, it took the entire clan to chart the course of a single child. Or to shield her.

“She’ll want an art teacher,” Hermione predicted gloomily. “He’ll gossip. Everything she does will become public. Can you imagine what would happen if the prince dies after she’s drawn him in a casket?”

Stella nodded. “She would be publicly pilloried and ostracized. Her father would be removed from his royal post for fear he caused the prince’s death. And then people would start sneaking around the back door, asking to have their fortunes told.” She sighed. “I’ve asked the duke to find a teacher who only speaks French. Lucinda is adept with languages, and France has the most skilled artists.”

Hermione brightened. “Even if the teacher tells others of what she draws, he’ll be dismissed as just another foolish Frenchman. Excellent.” As another thought occurred, her pretty, round face fell. “She doesn’t really have your second sight, does she? It’s a terrible burden to bear.”

Stella sighed, and powder gathered in the wrinkles that were deep before her time. “Only in her drawings, and she isn’t aware of what she does.”

Hermione caught the scarf floating from her shoulders and idly tucked it into her bodice, then looked around for the fan she’d left lying on a child’s desk. “She will understand soon enough, I fear.”

As if to prove her prediction, the artist in the corner gave a cry of dismay, stared at her drawing with loathing, and crumpled it into a ball. When she threw it away from her, the other children raced to retrieve the paper as if it were a new game.

Before they could open the wrinkled drawing, the duchess swept across the nursery, her full brocade gown swirling with authority. Appropriating the paper, she gestured toward the exit. “Go give your fathers a kiss before we leave for the ball.”

Lucinda dragged herself unhappily from her corner to follow her sisters and cousins. The duchess let her go without a word or a hug, although her powdered and rouged features hid a world of sorrow.

When the children were gone, the two women opened the drawing.

“It’s lovely,” Hermione exclaimed. “I’ve not seen better in the royal art gallery.” Then, taking a closer look, she gasped.

Stella nodded as if she’d expected it. “I thought she’d quit drawing her own image some time ago. I suppose she lost herself in the moment.”

Hermione gazed at the pencil drawing in bewilderment. “But whatever does it mean?”

Stella traced the outline of the ominous shadow hovering in the corner just behind the image of a little girl sketching. “I am hoping it means her future is uncertain. Otherwise. . .”

Hermione briskly removed the sketch from her sister’s hand. “It doesn’t show anyone in a casket, does it? It’s just a shadow. Children have strange imaginations.”

Stella rearranged her momentarily vulnerable features into her usual dignified expression. “Of course. We will see that she marries well when the time comes, and we will all be there to cast light on any shadows. That is what families are for.”

And that was why Malcolms stuck together.

Be the first to review “Much Ado About Magic” Cancel reply 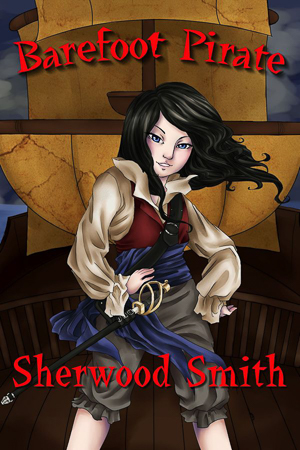