“…we are all Death’s pupils, we practitioners—students of the great healer.”

When magic broke free in my blood, I chose to follow our ancient family path and become a practitioner. I’m learning to heal, and to protect innocents. I dip into minds, stalk vampires, and set wards by the light of the moon. I can hear the children of the night calling.

But there are other families…and other paths. Families with twisted ambitions and frightening powers. On the frontier, folk whisper that one clan is the most dangerous of all.

Chief among those dark sorcerers is a man known as the Keeper of Souls.

And now he wants to keep mine.

Requested for HarperPrism edition. Jane Yolen published the first short story about the character in WEREWOLVES!

The dead are always with us.

Most folks don’t fully understand that. People wrap a corpse in ritual and custom, say their good-byes, and try to move on. But it doesn’t work. We carry our dead, always. Long years later, something will bring the past to mind—a child’s motion, a woman’s perfume, a man’s sputtering laugh. For a brief moment, the past is now, and our dead live again.

As long as we remember them, we are shadowed by our dead.

It wasn’t the brightest of thoughts while riding through a crisp winter day, but we were very close to Christmas, and Christmas has long been a time for ghosts. Since I suspected I had seen one of my first ghosts only the day before, death was fully on my mind. Do we ever really die?

The fact that the ghost had been a cat hadn’t diminished either my awe or my interest. There had been a tiny mackerel tabby staying close to her mistress’ skirts, curling up on a flounce of petticoat. The woman had smiled sadly when I asked if she had always been fond of cats. It seemed that Mistress Johnson had just lost her sweet Bess, champion mouser and fire watcher, whose rumbling purr had carried across a room.

I was so surprised, I didn’t tell Mistress Johnson that she hadn’t lost Bess at all . . . not the part of Bess that was eternal. Hadn’t thought before about animals having souls.

I was thinking a lot about it just then.

It was things like seeing ghosts that had gotten me where I was—learning the Wise Arts of hand and forest from my kinswoman Marta Donaltsson. I was only one of a long line of practitioners, as we called ourselves, though I was the first in three generations in Momma’s family. And oh, had that caused a ruckus, ’cus Papa had expected it, and Momma had feared it. Therein lies a tale . . . but not the story I’ve decided to tell.

A gust of wind startled me, swirling a pile of dried oak leaves into the air, and we rode through a small blizzard of brown fragments. The sharp smell of promised snow made me sit up straight in the saddle. I’d been riding half-asleep, for we’d worked hard the past few days, readying Marta’s farm for deep winter. It would never do to let the mild beginning to the season trick us into carelessness. That’s how people freeze to death—or starve.

Oh, was I ready for a whiff of our chimney smoke! I hadn’t been home for months, what with moving from herb lore to magic, and I hungered for the sight of my parents’ farm.

My cousin Marta—Papa’s cousin, really—had been quiet for most of the trip, lost in her thoughts or bemused by the good weather we’d been blessed with. Her stallion, Sweet William, moved smartly along with his liquid walk, bypassing frozen ruts and ice patches with equal ease. We traveled in his wake, Old Ned and I, and I secretly wished that I, too, had a plantation horse from back east. Not much for jumping, was William, nor a great runner, but he could do that smooth, running walk of his most of the day. Old Ned, on the other hand, didn’t have any gaits—he just went along like a rocking horse.

A sharp crack of splitting wood caught my attention, and I looked swiftly around for its source. The spell carefully maintained by the region’s practitioners protected us from hostile tribes, but there wasn’t much you could do about panthers. A panther attacks because it’s hungry, not because it’s angry. Only some types of wards can protect from animals—and a practitioner needs to keep an eye on a ward.

Not a sign of a panth— A large dead branch suddenly crashed through the tree limbs above, landing on the trail between Marta and me. Sweet William hopped forward and pranced lightly, but Old Ned just stopped dead and flicked an ear my way.

That was one good thing about that ol’ bay gelding—nothing bothered him.

“Strange,” Marta said softly, her sharp blue gaze studying the bare branches above. “Snow’s not heavy enough yet, and there’s no sign of squirrel or flock.”

Shrugging, I replied, “I suppose sometimes dead things just break loose.” Eyeing the large limb, I nudged Old Ned into going around it. I was grateful the thing hadn’t hit either one of us, but it’s better not to imagine troubles.

There are enough real dangers in the world.

“It is possible,” Marta agreed, and her grip tightened on William’s sides. The big stallion obediently continued on down the rutted path.

I didn’t waste any more thought on tree limbs, since we were coming to an open stretch of the track. But there did seem to be an awful lot of dead leaves and twigs dancing at our feet.

Suddenly I was very tired, and anxious for a glimpse of Papa’s solid oak fence.

We were already losing light when we worked our way up the frozen dirt road to the clearing before my parents’ home. The wind had picked up a bit, pulling at our clothes and lifting stray hairs. There was definitely snow on the wind, and I was grateful we’d arrived before dark.

Little Ben and Joe bounded out to greet us, chattering like magpies and each insisting he could take our horses to the barn. I could have sworn they’d both grown since I left late in the month of Vintage. How could I call Joe little when he came up to my shoulder? Josh came out behind them and promptly shocked me by helping Marta off her horse. Then he gave me a big smile, and I was sure he’d been touched in the head. I mean, Josh had two years on me, but acting like a grown-up? And treating me like one?

“I’m sure Aunt Marta could use some help with her bags, Joe,” Joshua pointed out, using the courtesy name for our cousin that we’d learned as children. “Maybe you’d better go see what she brought.” He leaned over and whispered something to the younger boy, and Joe immediately became very helpful.

“Is your mother inside, Joshua?” Marta asked, allowing Joe to carry her carpetbag but keeping her bag of herbs and tools for herself.

Pulling the reins forward, I watched for Josh’s cue. Only when he nodded casually did I hand the reins to Ben. I had no doubt Ben could handle Old Ned—a tiny child could handle Ned—but Momma was protective of her baby, seven years strong, so I waited to be sure Josh had his eye on things.

“Momma’s easing up on him,” Josh said softly as he pulled my saddlebags off my horse. “She’s saving all her worry for the new one coming.”

“Sounds like Momma,” I agreed, taking my bags over one shoulder. “What did you tell Joe, anyway?”

That grin, so like Papa’s, popped out. “I reminded him of those great cookies Aunt Marta makes, and how she might have brought some—or could be talked into making some!”

I grinned back, and left him to make the animals comfortable.

Heat pushed against my face as we entered my parents’ home, and the rich scent of bayberry candles swept past my nose. Momma had hung a juniper branch with berries on the firewall that faced the outer door, and I buried my face in it to breathe deeply of the forest.

“Now don’t be heating the outdoors, child,” came my mother’s voice as she moved forward to greet Marta. “Wedge that door tight!” It was such a familiar command that I leaned hard on the bound door before I even thought about it. I left the latch out, though, for Papa and the boys.

Momma seemed to have shrunk in the months I’d been with Marta. Hugging her, I could tell I was already a good hand taller than she. And did I say Momma was smaller? Not in the stomach—my mother’s pregnancy was so visible, her belly tried to push me away. Holding Momma, I could feel the glimmer of my new sister turning a slow somersault in her warm, safe place.

It was only a flash, but suddenly I saw her, looking more like Papa, but with Momma’s rich, dark hair, my mother’s pride as Elizabeth showed off her first long skirt—

Be the first to review “Kindred Rites” Cancel reply 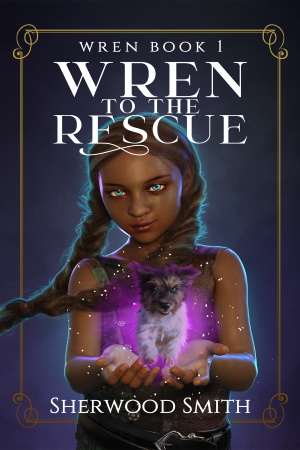 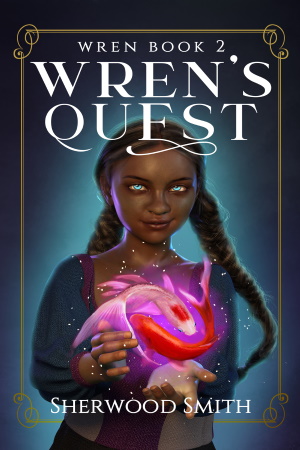