Introducing the princess, and the mage.

He doesn’t do well with people. She’s not so good at tact. But he’s the wizard guardian of half a continent, She rules a kingdom she must protect. And to survive the inroads of a marauding empire, the wild, harsh, fickle, fragile, beautiful desert of Hethria needs them both. Some wars you just can’t win alone.

“This is a lovely book!” — SF Crowsnest

Had I been capable of speech on my name-day, my parents would never have succeeded in calling me Sellithar. A name like Starflower may be very pretty, and doubtless it is splendid to further a long and noble tradition, but I had little interest in the past and less patience with those who worship it. “Daughter of five royal generations,” and “child of an illustrious heritage,” and “namesake of the dynasty’s founder-mother,” bah. I was sure then, and I am surer now, that the first Sellithar would not have given a rotten hethel for such balderdash. Moreover, the palace brats had even less respect for tradition, and I was “Sillycow” from the first day I ran with them, royal nurse, royal fingernails, royal rank and dignity or not.

The one good thing was that it made me fight for respect instead of being tamely ceded it. I was ten years old, with a most reckless disposition from proving my superior mettle in all the scrapes available, before I won the place to which birth should have entitled me, as leader of the palace pack. By the time the boys’ muscles overtook mine, I was fifteen, with my hair up and my skirts down, the contest had shifted fields, and I was still ahead. How easy it is to rout callow suitors when you have a sharp tongue and wit to hone it with! By the time they forsook courting I was eighteen, and all of us were growing into our proper roles, I as the crown princess Sellithar, they as the heirs to Resh-lords or soldiers or wine or hethel-oil magnates who would be the pillars of my realm.

That realm’s kingpost threatened to endure in spite of me. I might shake off that odious nickname, I might become a haughty young lady or a regal gadabout, but the past I could not shake off. Not the horde of royal retainers, grown gray in their posts if they had not inherited them, nor the heirlooms that crowded us out of the palace, nor the endless ceremony, the precedents that governed my day from sleep to sleep, and, chief bane of this baneful bevy, Zathar, the royal bard.

It was Zathar who droned in my ears his interminable harpers’ lore, the Ystanyrx’ wearisome legends, the dates and deeds and genealogies of Everran’s two dynasties, the history of the law, where I should turn for precedent when my own time to deal out justice came. Worse still, he did not merely drone them at me, he made me drone them back. “No,” he would blandly silence my protests, “a harper’s prentice would not have to learn all these. But you are not a harper’s prentice. You are a prentice queen.” I would have murdered him in the days of my more impetuous youth, had chance not already given me a teacher of a more congenial sort.

He came on Earth-day in my fourteenth year. It is the high-summer festival, so all Everran was out on the roads with the young trees they would plant to honor the second Sky-lord. My pack should have gone with the palace party, to join their hierarchic succession on the silver-inlaid shovel with which my father would turn the first sod for his sapling terrian. But that year was the opening campaign of my active war against the past, and it began with a signal victory, for in the teeth of heavy and concerted opposition I had coaxed my father into letting me take a shovel and a tree and a household of my own.

We had gone proudly down from the palace, through Saphar to the city gate, over Azilien’s bridge, and out into the lazy heat-hazed roll of Saphar Resh. The country was blond with hayed-off grass, dull green with faded leaves above the thick black clusters of grapes ripening on countless vines, grimed with dust from the road where all Saphar laughed and labored, mattock and pick and shovel glancing amid the dust.

We labored too. Hard labor, I found it. I was very glad to relinquish a crowbar to Nerthor, the son of the chamberlain, and stand back with the rest in the shade of an older hellien. It was then that Asta the Resh-lord’s daughter dug me in the ribs and mouthed, “Look—an Estarian!”

Our site was under the built-up side of the travelers’ campground. He had leant on the well-curb to watch, a slight, shabby, silent man with keen colorless eyes in a hatchet face, his plain gray tunic and trousers spelling Estar as clearly as they said, “We have seen better days.”

The pack were pointing and giggling at a foreigner. Ever ready to prove both impudence and precedence, I called up, “If you have no tree, you can share mine. The worship—and the work!”

He came slowly to the bank and looked down at us. There was a dry twinkle in his eye.

“The honor, princess,” he answered gravely, “far exceeds my worth.”

“And what is your worth?” I fully intended to be insolent.

He did not show affront. Though he shrugged, his inflection was deadly earnest. “Who knows?” he said.

No more was needed to intrigue me. “Go on there, Nerthor,” I said, lordly fashion, and swarmed up the bank.

“My name is Kastir,” he answered at length. “I am in Everran because Estar would at present be a little uncomfortable. As to what I do . . . I was once a ruler, of sorts.”

Political exile, I thought. At fourteen I already knew of Estar’s domestic turbulence. Lacking a monarchy, they are ruled by whoever is strong enough to take—and hold—the power, which makes the consequent government more like a dogfight than a dominion of men. I looked again at his dusty feet and once good clothes.

“Come down,” I said. “You needn’t share the digging, but you can share the tree. Maybe Haz will change your luck.”

He chose his words. “Your generosity, princess, is worthy of your rank. Unhappily . . . if I were to accept it, I would be unworthy of the kindness as well as the—possible—luck.”

“You worship Haz,” he answered. “If bad luck came on you, would you blame him for it and turn your back?”

“Then it would be as ungrateful of me,” he said, “in bad luck, to run bellowing after a god I never troubled before.”

I could hardly believe my ears. “You don’t believe in the Sky-lords?”

He looked a little pained. “Princess, the word ‘believe’ is not relevant. Of that which is affirmed by the evidence of my senses, I say, I know. Of things reported or held as opinion, I can only say, this may or may not be true. For myself, I do not know.”

I was some time mustering a reply. I had heard of Estar’s weird schisms, weirder sects, indeed of barefaced atheism. To hear is one thing. It is another to have reality thrust on you in the broad light of day.

“You don’t know?” I broke out at last. I waved around, at the broad breast of Saphar Resh, the festive laborers, Saphar’s terraces mounting their knoll to the irregular towers and roofs of the palace and the great stem of Asterne, the rock-pillar that rose above the Helkent ranges’ remote red skyline, towering into the hazy summer sky. “But you can see all this! The Sky-lords made it. How can you not know—not believe in that?”

His eye had followed mine. “Men made the city,” he responded. “Just as men planted the trees and bred the vines.”

His smile was quick, appreciative, and colder still. “You believe it was the Sky-lords. I can but repeat, I do not know.”

That stopped me dead. As I stared, he went on, “Did you see them? Hear them? Did they tell you so?”

“No, but—but—everybody knows they did!”

His smile was dry. “No, princess. Everybody believes they did.”

Quite kindly, he nodded at me. “And whoever told me he had seen them, princess, even your beautiful and generous self, I should still be obliged to answer: You may have seen, but I did not. When I too see, I shall be able to say, ‘The Sky-lords exist.’ Until then, I can only repeat, they may exist. But for myself, I do not know.”

He shook his head sharply. “I do not deny that the Sky-lords may exist. Indeed, I hope they do. I have not the least objection to your believing so. All I claim is the right to form or decline to form an opinion, without fear or prejudice, according as I perceive the truth. Not to blindly swallow other men’s beliefs. Either to know, or to say freely, ‘I do not know.’”

In that moment the world shifted, as if a new clarity had informed the sun, or a great window opened in a blank and baffling wall.

I took a deep breath. Then I said, “But . . . if you only accept what you see for yourself . . . what about history—other countries—things you’ll never see? You won’t know anything at all!”

He gave me his cold, keen, steely smile. “Agreed, princess. If I accept only the things for which I have evidence, there will be a great deal about which I can have no opinion. On the other hand, I shall have no false opinions. And if I know very little, at least I shall be sure of what I do not know.”

A wind blew in the window, quick, exciting, new. I took another breath. Then I said, “You have nothing to do now?” He nodded. “Could you be a teacher?” He looked startled. “Could you teach me to think like you?”

His surprise faded. That appreciative, measuring look returned. Then he nodded again. “Yes, princess,” he said. “There are not many of whom I could say it. But I think you could learn to think like me.” 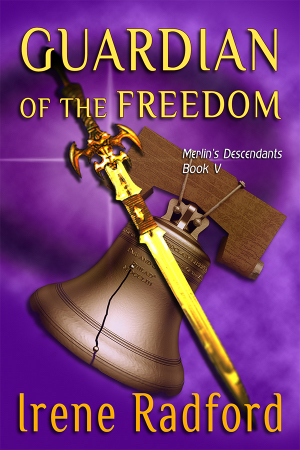