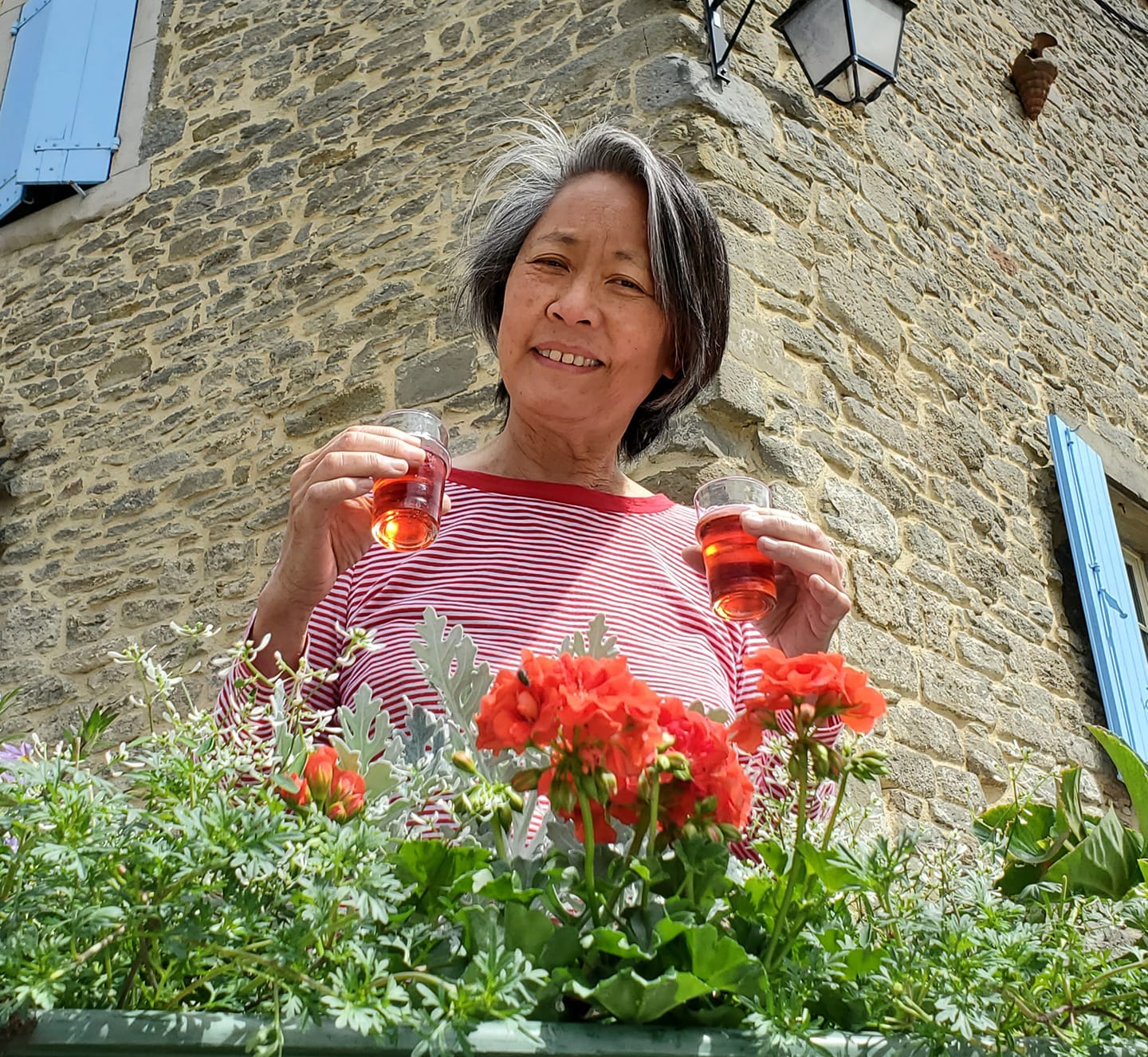 Writer Brenda W. Clough has stitched together an exotic quilt of a career and a life. She’s written classic fantasy, fantasy humor, fantasy for children, science fiction, steampunk, and even contemporary mystery. Her most recent novels are eleven volumes of historical fiction set in Victorian England featuring Miss Marian Halcombe, last seen in the pages of The Woman in White by Wilkie Collins.

Clough has an unabashed enthusiasm for whimsy, black humor, and the wide universe of comic books. She’s been known to create original cover art, cook exotic meals for her family, and knit squids.

1) How did you come to write eleven sequels to a novel that first came out in 1859?

I adored The Woman in White—everybody does, even today. In 1859 it was a monster best seller when it came out, spawning all the commercial add-ons we usually associate with movies about Spider-Man or the mighty Thor–candy, stage versions, even dances. You would have thought that Wilkie Collins would have written half a dozen sequels and cashed in. But no, he went on instead to write The Moonstone and become one of the founders of the mystery genre.

So I did it. Marian Halcombe, one of the heroines of the original novel, was a proto-feminist, taking on much of the action herself instead of leaving it to the hero. It was astonishing in an era when women were supposed to be Angels in the House and not work outside the home. Marian hopped onto my word processor and took charge. I wanted the works to be like the original, sensational thrillers with hairpin plot turns and a steady ramp-up of tension. And I packed in every single Victorian trope I could get my hands on: bigamy, jail sentences, transportation to Australia, secret residents in the attic of large country houses, carriage accidents, railway disasters, shipwrecks.

2) Your writing has taken you all over the map, from 19th century Antarctica to New York City 1969. More than one world is involved. Now I follow your posts on Facebook, and you are gleefully tossing your hero or heroine to the lions every time I turn around. And you’re having so much fun!

A.) I am a fast person. I far prefer to read fast, learn fast, drive fast, knit fast. I can’t write a slow book. (Although I do not always write quickly, but I always WANT to!) There has to be incident, stuff happening, excitement, stress. In other words, you never ever want to be one of my characters. Writers need that little streak of sadism; Lois Bujold has said that she thinks of the very worst thing that could happen to her characters and then socks it onto them.

But I deliberately set out to write these Marian novels as books where the plot has the pedal cranked all the way down to the floorboards and the car zips along at 85 miles per hour. Every volume starts, as a Victorian novel ought to do, with calm. But then they’re packed with incident, which for me does sort of involve character mayhem. I wanted to exhibit all the difficulties that women had in the 19th century. We don’t realize how far we’ve come, until we look back to a time when divorce was impossible, when women could not manage their own money, even their own copyrights, when they were held to be incompetent to make their own medical decisions.

3) I’ve watched you chase research from hilltop to hilltop, reading far and wide, and your fiction choices are also wide-ranging. Do you do a lot of research before starting a story? Do you reach “critical mass” before plunging into the writing, or do you dive in and look for tidbits as you see a need for information?

A.) Did you know that Mary Renault, author of all those superb historical novels about ancient Greece, never did research beforehand? Only after she wrote the book did she go out and do the research. This was to keep the work from turning into a treatise. I never do a thing beforehand. I do scurry around in process, sending up pathetic queries about which is stronger, the forehand stroke or the backhand in tennis (this determined which side of my hero’s throat got cut), or whether you need a court order to do a body cavity search (the answer is no).

4) The one thing I have come to expect from a Brenda Clough story is that it will turn unexpectedly. Has writing taught you anything you didn’t expect?

A.) I have learned to trust my process. I used to have to know how the book ended, before I could begin writing. No more! I just start out, aiming at a dummy ending. I know how the work will end long before I get there, and in a far better place. The fake target is all I need to keep the book going until I get to the real ending. I used to make up a non-ending for each work, but I discovered that I don’t even have to do that. I just recycle the same dummy ending over and over. It is so short I can share it with you: every book ends, “…and then they all died.” Easy! And since the book doesn’t ever actually end there, everyone’s happy, even the characters.

I have also learned to give the work the time it needs in rewrite. Mulling the complete work over for a couple months and crunching it around really gives it the depth that it needs.

5) Why writing, and not another form of artistic expression? Were you inspired by words to write words, or did something else demand written stories of you?

A.) I write, because I am a reader. In childhood I would pump through about three books a day, after school. I have read through the entire contents of some school libraries, every volume excepting only the reference encyclopedias. I don’t read quite so much now—there is just not enough time, alas.

6) You were blessed—or cursed—with a globetrotting family, and spent your childhood all over the world. In hindsight, did you enjoy it, or did you long for roots? Do you consciously mine cultures for the worlds you build, or is your subconscious busy without direction?

A.) As a teen, I longed to stay in one place. But now that I have lived in the same house for 25 years I am glad that I traveled widely in childhood. There is nothing better for an SF writer than to actually experience being an alien. There are still plenty of places that you can travel to today, for the mere price of a plane ticket, where the natives will look at you like you have antennae. Until we can go to Mars this is the best we can do.

I have specifically mined my life in Southeast Asia for my work. The Edge to Center time travel trilogy is set in an imaginary country in the South China Sea. It was easier to make one up than to wedge the novel into the actual history of the Philippines or Indonesia or whatever. And when Marian Halcombe journeys to Hong Kong, she’s shipwrecked in the South China Sea and rescued by pirates of another fictional nation, so that no current nation can complain about the terrible reputation I’d be socking them with.

A.) It is enormously stimulating to teach writing. I always get new ideas from my students. I even try to do the exercises I assign. The last one, which involved writing about a fantasy setting, got me finally to emulate our own Nancy Jane Moore, and experiment with a totally different format. A fantasy short story in the form of an invoice, how else could I have done it?

8) What have you learned from your own writing? To what concepts, intentionally or not, do you think you’ve exposed your readers? (You are primarily an SF and Fantasy writer, and your spouse is a computer geek. Rumor has it you both like comic books a lot. Your children went another direction, and are career military. This makes me wonder about both the questions you’ve asked in life and the questions you’ve encouraged your children to ask.)

A.) Tolkien said of his Elves, that they put all that they love into all that they make. Everything I’m really interested in shows up in my books too—the making of things, the insistence on a larger spiritual dimension, the seriously flawed people. But on the other hand starting out on a project leads you to love the material. I will love, forever, works about the exploration of Antarctica. Writing Revise the World hooked me for the rest of my life on narratives about British men freezing slowly to death on the ice—kind of a specialized taste, I will admit.

9) You like to draw, you cook with abandon, and you knit up a storm. If you could no longer write fiction, where would your creativity turn?

A.) In the past few years I’ve returned to the art form I pursued in high school I am painting in oils, water color, and acrylic. I would say I am an adequate draftsman, no more. If I could give another forty or fifty years to it, I would be really good. 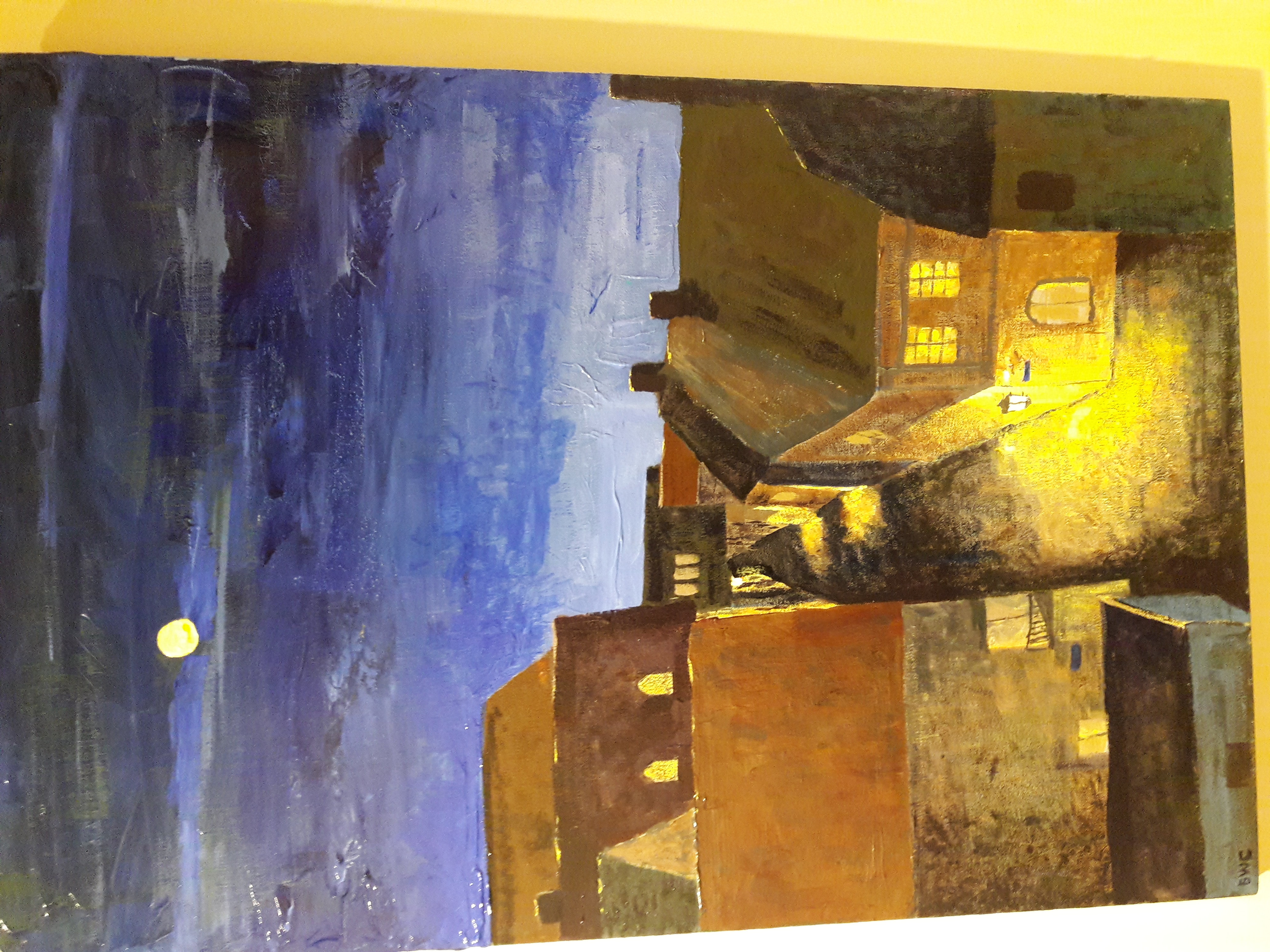 10) Often, but not always, I detect a strain of humor running through your work. Do you think your “voice,” the thing that stamps your writing as uniquely yours, changes from book to book, story to story—or can you already see themes that reoccur in your work? What keeps drawing you back, and why?

A.) I am sorry to report that my Muse, at least, does not take life seriously. Even if horrible things are happening in the work, there’s a funny angle. As you say, this happens a lot in my longer work (not so often in the short) and I think it must be a part of my style or voice or whatever.

All of my work revolves around power: what it does to you, what you have to do to get it and manage it and live with it. This may be a relic of my long reading in comic books. Superheroes have cast a long shadow on my creativity. How Like A God was written as an answer to John Byrne’s reboot of Superman in the ’80s—Byrne didn’t do it quite right, so I had to fix it. And Speak To Our Desires is essentially the superhero origin of Ronald Reagan—did you ever wonder why the Gipper was so popular? The pundits never could figure it out, so I made up a reason. And as a woman in a patristic culture, Marian spends all her time working around the strictures that Victorian society put upon women of that era. She can talk a villain around, but she has a pistol and she’s not shy about using it!