We’re Back! OUTLAWS OF THE MARSH 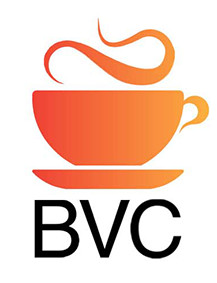 We had to move sites, and there’s still some tinkering to do behind the curtain.

Meanwhile, I’ve been reading. A lot! Finally finished th four volume translation of Outlaws of the Marsh . Typical of many early Chinese novels, there is debate about who the author really is, and there are differing versions of the text floating around. It does mention, once, the equally famous Romance of the Three Kingdoms, which I thought was an earlier work, but instead may have been written by the editor of this one.

The two have certain characteristics in common (I’m halfway through the first of three thick volumes of the Romance), but then all the Chinese novels I’ve read so far in translation are structured very differently than Western novels. Generalizing with leaps and bounds, Aristotelean structure is seeped into Western bones, whether Westerners have actually read any Aristotle or not. It’s that three act form, with its attendant arcs, and built-in assumptions about what makes drama.

Spoiler Alert! The Chinese never read Aristotle. The novels I’ve read are structured like a flowing river, incident leading to incident, like streams feeding a river until it reaches its end. I imagine I can see the street storyteller experience underlying these novels, especially when the narrator abruptly appears to comment, and then recedes behind the characters again. Chapters end with foreshadowing, often a question, followed by, “Turn the page and you shall see.”

This is a wuxi/xianxia novel in that it’s about outlaws living on the margins of society–and, as in so many Jianghu tales, literally on the margin of a marsh. The generally accepted title means “on the edge of a marsh.” The outlaws are assumed. Jianghu tales are far older than this one, which was written somewhere in the 1300s, about some actual incidents (rebellions) that happened a couple centuries earlier, about which many stories had become popular. One source I came across quoted a Chinese writer of a few centuries B.C. who complained bitterly about the popularity of Jianghu tales–how trite they were in his time!

The heirs of the Jianghu tale are the Hong Kong action movies, and the bones of some of the great series now, like Nirvana in Firerely on these traditions. Think of them as the martial arts tradition, the wandering fighter who uses his weapon in defense of ordinary people–a Robin Hood.

Their persistent popularity has its own reflection in different types of tales in the West–at least, it seems to me, they rise out of that tension between the craving for order, which leads to a highly stratified society, which China tried to be in spite of its many internal struggles, and the stifling effect of the imposing of order, especially when distorted by greed and ambition. Deeply steeped in Confucian, Daoist, and also Buddhist thinking, Chinese government through the various dynasties strove to be orderly and benign, but we’re talking about human beings here. (There are some who maintain that China is still an empire, despite the crashing end of the Qing in 1905: that Mao was an emperor, and Xi Jinping is one now, in spite of the Western suit and tie, and the various uses of “secretary” in Communist Party elite circles. The roots of these modest titles go straight back to the court titles in empire days.)

Anyway! What we have here is a scattershot narrative through the early volumes especially as the 108 outlaws of Song Jiang’s group begin to accrete. Just about all of them are wronged by government officials or nobles (often the two combined into one), take to the outlaw life, and end up swearing allegiance to Song Jiang, who everyone has heard about as being righteous and loyal.

Song Jiang is an interesting figure. He actually doesn’t fight all that much, in a four-volume novel that is 95% fighting. He doesn’t even do most of his strategizing once the outlaws are forgiven and sent against enemies of the state, especially the tough and cruel criminal Fang La (who apparently really lived, and led a peasant rebellion–declaring himself a king). Song Jiang is praised for the fact that he never kills the innocent, and he respects men who are good to their mothers and fathers, yet when he goes after someone or other who kills or threatens his followers he is not satisfied to kill that man, but the narrative assures us that everyone in the enemy’s household is slaughtered as well, “young and old,” including servants and slaves, who had no say in anything. I’m guessing that this is the outlaw reflection of the imperial order to kill high level malefactors to the ninth generation.

Kinship is integral to Chinese society. Ancestor worship was, and is now, I gather, in spite of the cultural revolution, deeply embedded in its society. The names for different kin connections are complicated, part of one’s identity. And in the Jianghu world, the outlaws address one another as brother, and Song Jiang as Big Brother. To the outlaws, staying true to one another is an admirable quality.

One of the interesting aspects of the story is the shifting loyalties–who switches sides and why. Song Jiang stays loyal to his band until the very end; when he is poisoned at the last by evil officials, he poisons his most faithful follower, the horrible yet somehow entertaining killer Black Whirlwind Li, knowing that the man would go on a killing spree following his death. And he tells him, and Li thanks him, loyal to the last. In spite of the fact that a goodly portion of the slaughtering in all four volumes was done by the whirling of his two axes.

Another aspect that I’ve observed in the older Chinese novels I’ve read in translation so far is that no one criticizes the emperor. If he does something stupid or evil, it was because he was led astray by evil ministers. When speaking to him, everyone assures him that any good deed or triumph is due directly to the emperor’s personal good fortune or . . . we don’t really have a word for it in English, but it seems integral to the shared agreement between subject and ruler that said ruler is chosen by Heaven.

There aren’t many women in these books. And those few are, for the most part, negligible, or evil–especially the pretty ones. And yet not all. Ten Feet of Steel is a total badass, who Song Jiang rescues from the otherwise total slaughter of her family when they go against Song Jiang. One of Song Jiang’s cruder outlaws, Stumpy Tiger, wanted a wife, so Song Jiang gives her to him. And apparently she stays loyal to him all the way through, fighting by his side, when she isn’t in command of her own forces. I wish we could have seen her point of view even briefly, about all these events.

These brief glimpses of women, even the evil ones, furnish an idea of how women coped in such a society. Their lives are so easily disposed of by the men around them. It took machinations just to survive, much less to find happiness of their own. The author doesn’t quite understand that, but he does feel, as Western knights did, that staying loyal to your brethren was good, and getting involved with women was a sure road to hell. Maybe it was the sure road to emotional hell? Or it split loyalties–you don’t want to go out fighting when you are happy at home.

It took me a long time to read all four volumes, partly because of the scattered nature, but also the casual cannibalism. And the occasional vividly described torture. As we can get in Western medieval writings.

Overall it’s entertaining, and many of the characters stick in the mind. There’s also that sense of bonded brotherhood in the long, desperate campaign against Fang La, when roughly three-quarters of the band die by violence. The aftermath is interesting; so is the interweaving of magic into the fabric of the story, the ghosts. At one point one of the outlaws, having been killed, possesses his brother’s body in order to finish off a foe.

PrevPreviousThree Things to Tell Your Teenage Writing Self: #3 A stop sign is just a pause
NextThe January read…Next

1 thought on “We’re Back! OUTLAWS OF THE MARSH”