This Was the Week That Was 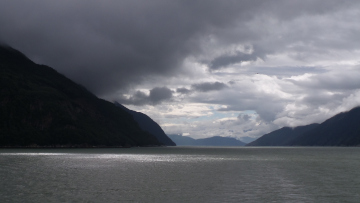 I’ve nabbed the title for today’s blog from an very old satirical TV show that only members of a certain generation (who are still alive) will remember. The show debuted in the U.K. in 1962 hosted by comedian and journalist David Frost. As always, American television networks, impressed by the show’s popularity and motivated by mendacity, produced a version of the show—luckily for us yanks also hosted by David Frost—in 1964. We maintained the Brit formatting by opening with a song written by the wit of sarcastic rhyme, Tom Leher.

Every Friday night, as a family, we gathered round to laugh.

I wish I could compose lyrics to describe this past week but alas, it is a skill I lack. So, I’ll just tell you about my week that was.

Tuesday evening, as the nation—at least the husband and I—nervously awaited the results of the Georgia Senate runoffs, my new iPhone arrived. See my previous blog if you want to hear the riveting tale of its selection and purchase. Even with the evening dinner wine coursing through my veins, I was able to start initializing it. Easy! Cool! Wonderful technology! The phone informed me that all I had to do was place it beside my own phone, set them both up for transfer of data and voila, the new phone would be ready for use.

The phones were still talking after I watched two episodes of “Bridgerton”, so I went to bed. Ah, yes, these things can take time. The promise was 45 minutes.

As I came downstairs to the hoped-for news that Raphael Warnock had won his Senate seat, I went straight to the phones. They. Were. Still. Talking.

I get impatient with technology. Don’t we all? The expectation that digital tools will make our lives so much easier is a bit of a fallacy. Without going into details, I started the hours long effort to get my new phone set up and preserve all my data. Let me say that, at the end, it was a Pyrrhic victory.

Wednesday I had work to do. Just as I had laid the red Apple wonder down on my desk, and was going through emails, the husband came into the room and said words I will recall forever.

“Do you know what’s happening in D.C. right now?”

The proverbial shiver ran through me as he elaborated. After more frantic moments trying to find a live broadcast, since we don’t have cable television, the husband pulled up a chair and we watched the Thing unfold.

How to describe our feelings without, um, hurling epithets at the perpetrators? On social media—except on Twitter which has become the platform for running the nation for the last four years, where I let my opinions shine—I try to stay out of arguments one can never win. Not that many personal friends or family follow me on Twitter, so all restraints are off.

I also try not to upload derisive personal slurs against those who scream about lynchings, communist socialiets, or socialist communists, that the election was stolen from them, and laud the current President as the greatest man who ever lived with tears in their eyes, then break into the Capital building with maskless faces, guns hidden in their backpacks, and beat a Capital cop to death with a fire extinguisher.

As an aside, I said later to the husband as we sat stunned at the dinner table while listening to Congress proceed with validating the Electoral College outcome, “I hope the chambers were wiped down with antiseptic before they let the Congress back in.”

“Yeah,” the husband said, and later Tweeted, “this is another super-spreader event.”

One shining glimmer of hope for the nation’s path back into sanity, is that John Ossoff won his Senate race, too. I have to keep reminding myself of that.

I have been wanting to hear news that has nothing to do with SARS-CoV-2, but this wasn’t what I planned on.

Thursday my plan was to get straight to my work project. I am not a serious believer in astrology, but this week—what planet or planets are wreaking all this havoc? My desktop iMac joined the insurrectionists. It was not about to load the desktop, or allow me to open Finder. OK,the thing is 7 years old and slow as a sloth, but it’s been so f**king reliable! I do have a laptop, so all is not lost, but man, trying to edit a document and add comments on the small screen is painful. For me, anyway. Youngers can do it on their phones.

Finally, thinking about how much a repair was going to cost me, I started it one last time and walked away.

Hours later, after a nap—man, I needed that nap—I came back to the iMac and magically the desktop was back, Finder opened, and it was as if nothing had happened. Like the machine was gazing coyly at me, swaying back and forth with its hands behind its back, and saying, “I didn’t do anything funny.”

I hope, with this, 2021 has grown weary with early stress and will blossom into a well-balanced, smoothly flowing year. I hope.