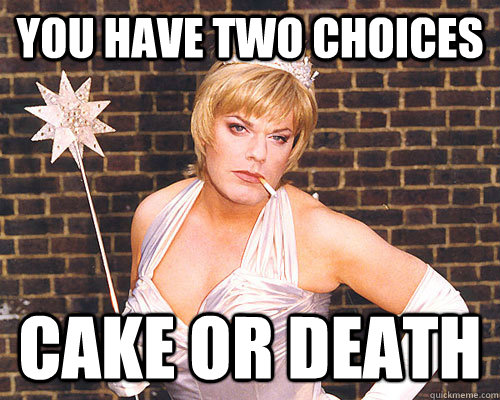 Most people know what a ’meme’ is. The dictionary definition is: “an element of a culture or system of behavior that may be considered to be passed from one individual to another by nongenetic means, especially imitation.” The dictionary adds that it might be “a humorous image, video, piece of text, etc. that is copied (often with slight variations) and spread rapidly by Internet users.”

The purpose of memes is to spread ideas and feelings about a subject or person in an evocative manner that engages the emotions. They rely on impact and simplicity.

Today, I’d like to talk about enthymemes. According to the dictionary, these are ”arguments in which one premise is not explicitly stated.”

This rhetorical device serves a persuasive (and pervasive) speaking style that has profoundly shaped public discourse of late. It is not something new; Aristotle wrote about it. In practice, enthymemes occur, usually, in public speaking or in interviews when an individual is asked a question for which they do not wish to give an answer that will come back to haunt them or pin them to a specific point of view.

Enthymemes may take the form of dramatic pauses, unfinished sentences and simplistic or ambiguous verbal placeholders. The speaker may begin a sentence, break it off, and move on to another subject, or they may substitute a vague word for a precise one.

Enthymemes give the speaker the latitude to say something without actually saying it.

Here’s an example from a political debate a while back:

“I talked about Muslims. We have to have a temporary something, because there’s something going on that’s not good.”

No, that is not a typo. That is what the speaker actually said. I leave it to the reader (as he left it up to the listener) as to what he meant; mileage may vary.

Now, perhaps his intent was to keep from using $60 words that he felt his constituents might not understand. Or perhaps he simply couldn’t think of the word he wanted. Or perhaps he did not want to serve up fodder that rival politicians or journalists could later serve back with a garnish of incredulity and fact.

First, the speaker states the subject of the response—in this case, Muslims. Then, in an assertive construct (”we have to have”) he produces the vaguest of references to what we have to have: something.

The reality is that the word ’something’ is so vague as to have no meaning—or may mean whatever the listener believes it means. The speaker follows this with an expression of concern over something equally vague: something is going on, and it’s not good.

Did he say that the subject of this comment should be vilified? No. Did he say that they are doing something inimical to the US? Nope. Not once. He didn’t even explicitly connect either the Something we have to have or the Something going on with the apparent subject of his response: Muslims. He can quite truthily state, if confronted with the idea that he’s proposing anything negative about Muslims, ”I said no such thing.” But many of his listeners will come away with the emotional certainty that he did say something about Muslims that was imperative (“have to have”) and dire (“not good”).

This is not, I might add, a masterful use of enthymemes for the simple reason that it’s too obvious. Someone who was good at it would not serve up so much for a connoisseur of word salad to sink their metaphorical teeth into. But, it meets the basic criteria for an enthymeme: it allows listeners to read into a vague, emotionally evocative and incomplete sentence whatever they wish. 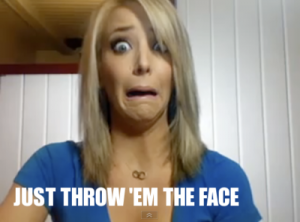 Some listeners inferred from that artfully vague ’wherever’ a reference to the female moderator being on her period (and therefore overly emotional). Others insisted that because the politico had never said any words that related directly to menstruation, he had not implied that the moderator’s behavior was irrational or that its irrationality was a function of gender.

Some attributed it to a ’racing mind’ and saw it as ’an intricate web of great genius.’

I’ve known people of genius whose minds did, indeed, race. But so did their speech. There were no dramatic pauses, no careful tiptoeing through sentences, no deliberate delivery. I worked for over a decade for a man whose mind was always ten paces ahead of his ability to articulate what he was thinking. It took some effort to keep up, but once I understood how his mind worked, everything he said made sense.

This is not that.

According to Baylor University rhetoric professor Martin Medhurst, enthymemes work by involving the listener psychologically. You persuade them, he said, “by having them persuade themselves.”

Citizen me is filled with dismay at how easily some of us are engaged by verbal sleight of tongue. Writer me is fascinated. Understanding the way enthymemes and other rhetorical devices work has helped me hone my dialogue-writing chops immensely.  I have learned how to have my characters respond the way real people respond in dialogue and interview, depending upon what that character wants to get out of the situation and what I want the reader to imagine about her.

If I want to hide something in plain sight, or give the reader a false impression about a character, enthymemes are a stellar device.

Enthymemes are not risk-free, however. They can backfire. For example, if the enthymeme is too vague or too ambiguous, then a listener can plausibly fill in your blanks with either a negative or positive conclusion. The enthymeme fails because it can accidentally misdirect your readers down a false trail, causing them to lose the thread of your narrative and their character arc.

By way of example of an enthymeme backfiring in real life, this speaker is describing what he believes is Chinese exploitation of the US:

A group of students in a public policy class at New York’s Hunter College were played a clip of this and fell into disagreement about how the speaker would have finished the truncated last sentence. Based on the ambiguity of the speaker’s position in the statements before, one student felt the complete sentence would be a negative statement about how intellectually inferior Americans were. Another thought the speaker was trying to give a positive message that the Chinese couldn’t disagree with him because of their good working relationship.

If you look at the emphasized phrases, you can see that this enthymeme is in trouble before the unfinished last sentence. The first sentence contains three accusations about China’s negative behavior, then pivots to the speaker’s love for an entity he has just said is inimical to US economic interests. The sentence is both specific and ambiguous. He follows it with a vague assertion that he “has all these people” (which has zero meaning, even in context) then follows that sentence fragment by saying that the Chinese agree with him.

About what? Do they agree with him in principle about business dealings, or that they’re stealing our jobs, base (I construe economic base) and money? The first student’s assumption may be based, in part, on other things the speaker has said about China laughing at the US because we’ve been so easily manipulated. The second seems to be basing his assumption on the last several things the speaker says before he completes (or fails to complete) his statement.

Whether or not, Dear Reader, you are a writer yourself, or merely trying to understand how language is used to facilitate or impede communication, I encourage you to listen very hard to the things people say, to acquire transcripts if you can, and to fully appreciate how words, phrases and rhetorical devices like enthymemes can be used to affect your perceptions.