The Name of the Prose, Part 4: A Ghoti by Any Other Name is Still a Fish 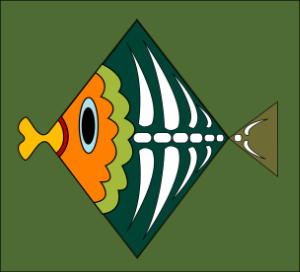 As I commented in the previous installment of this series, my first novel was also my first experience trying to create a fantasy world from the ground up. With Tolkien as my only model, I waded hip deep into Scottish history and Auld English linguistics to come up with character, clan, place and object names for my fantasy trilogy, The Mer Cycle.

Here’s what I learned: whatever names I use, it pays to  simplify their spelling wherever possible.

Take a name like Foneiel (pronounced Fo-nee-el). Why, I asked the writer who came up with the name, couldn’t it just be Foniel, which has the virtue of allowing the reader to pronounce it just as it’s spelled. His answer was that he liked what it looked like and thought it seemed to fit in a fantasy novel. Another name in the same manuscript was Taruu, which could just as easily have been Taru.

Why simplify? Because it will allow a reader to actually “pronounce” the character’s name in her head. I wish I’d simplified my heroine’s name in The Meri (Mer Cycle, Book One). I had a lot of readers who said, “I didn’t know how to pronounce ‘Meredydd,’ so I just thought of her as ‘Mary.’” Meredydd, of course, was the original spelling of the common name “Meredith” (though with the double “d” pronounced as a “hard” th as in “the”) but my readers didn’t know that.

I could have made Meredydd, Meredith, I suppose. Instead, I opted to use story action to hint at how readers should pronounce it. Her classmates at Halig-liath tease her by calling her “Merry did” and that was how I got around the fact that I’d chosen to give my character an archaic name. (Did you know that Merlin is from the Gaelic Myrddin?)

An editor I respect immensely also cautioned me against using unpronounced apostrophes in names. For one thing, he said, they can fool the reader into thinking the apostrophes should be pronounced, thus unwittingly changing your character’s name. He told me this because I had rendered a character’s last name “M’butu”, which in some African dialects would be pronounced “Mk!butu” —where the k! is a click of the tongue.

If, however, you are dealing in words or names that require pronounced apostrophes, it’s a good idea to use them. In writing Mr. Twilight (my first collaboration with Michael Reaves) I used the Navajo language for some names. For example, an appearance is made by Ma’ii, or Coyote, the trickster god. In Navajo, the apostrophe calls for a full stop in the middle of the word. Without it, the name might appear to be pronounced “my” or “may” rather than “mah/ee.”

Sometimes writers do things with words just to change stuff up or to remind the reader that they’re not in Kansas any more, however much the surroundings may look like Kansas. I find this is especially true with fantasy set in alternate historical times. 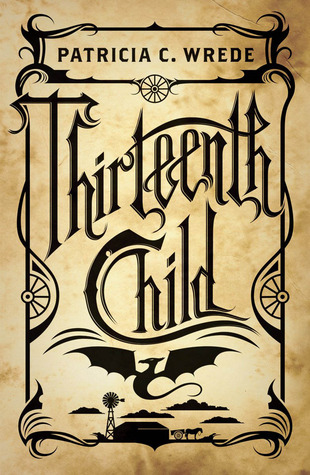 Sometimes these little alien touches work; sometimes they don’t. One of my favorite writers of middle grade fantasy—Patricia Wrede (whom my daughters also adore)—has a series (Frontier Magic) set in an alternate America she calls Columbia. Some things are familiar (there has been a Civil War fought, in part, over slavery); some are not (the Mammoth River is the western edge of civilization and is warded with a Great Barrier spell). There are mundane animals and magical ones and the human population practices regional forms of very practical magic. I love the books. They’re detailed, intimate paintings of this quirkily and wonderfully alternate reality. BUT there is one very tiny thing that Pat does that jars every time I read it: she decided to refer to children as “childings”.

Because there are a lot of, er, kids in the book, the word arises frequently. It is the only such word that she’s chosen to alter in this way, and it stops me for a second every time I see it.

Good names can be a bonus for both reader and writer because they can make stories memorable in a good way. Back to J. R. R. Tolkien’s work—how delicious are the names Orthanc, Osgiliath, and Minas Morgul? Though easily pronounced in the reader’s imagination, these are yummy, rolling around on the tongue words that make readers want to say them again and again. (Well, at least they make me want to say them again and again.)

Names—character names, place names, the names of things— are like spices that can make a story savory or sweet. It can take some experimentation with the recipe, but writers who master the spice blend will bring hungry readers back for more.

1 thought on “The Name of the Prose, Part 4: A Ghoti by Any Other Name is Still a Fish”