Crossword Puzzlements and How Did I Get Jam on my iPad? 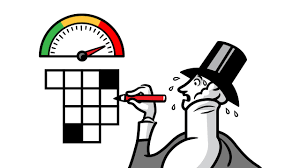 In this blog I had a number of thing to say, I have told myself, but I end up with only two.

First, before I lay out my crossword frustrations, I want to do a circular “Six Degrees …” of my background films (that is, films and TV series I run while I am working on various written word-related projects.)

It started with Black Narcissus, Michael Powell’s luscious adaptation of Rumer Godden’s book, because I was browsing Criterion Channel looking for amusement. Then I started thinking about classic movies featuring nuns, and graduated to The Song of Bernadette, starring the luminous, innocent face of Jennifer Jones, which led me to Portrait of Jennie, the bizarre ghost story featuring Jones, and favorites of mine like Ethyl Barrymore (love her voice!) and a very young David Wayne (he might be rather obscure in his supporting roles in romantic comedies, a fabulous pianist and singer.) Something about Portrait of Jennie‘s dreamy directing by William Dieterle (and the appearance of Lillian Gish as a nun), led me to think about Charles Laughton’s direction of Night of the Hunter, with the portrayal of a frighteningly sociopathic preacher by Robert Mitchum and also, there is Lillian Gish again—not a nun but a widow who takes in starving Depression-era orphans. This led to more favorite Robert Mitchum films—there are scads of them, but today the “Kevin Bacon” series has led me to Heaven Knows, Mr Allison—Deborah Kerr in habit again as Sister Angela. So the “Kevin Bacon” mini series runs its full circle.

OK, on to the puzzles. This morning I completed 2: this week’s The New Yorker puzzle and the Saturday New York Times puzzle. Admittedly I’m stuck on these puzzles because they challenge me every time. While it’s satisfying to punch out easy puzzles like those in USA Today, I do like the struggle. Most of the time.

The New Yorker prepares the puzzle user with polite descriptive phrases like “A lightly challenging puzzle”, or “A moderately challenging puzzle”. Robyn Weintraub, constructor of The New Yorker crossword this week, is one of my favorites. I found Robyn’s puzzle not so challenging; she gave me a break by including enough references to old media like Buddy of The Beverly Hillbillies: “Ebson”, of course, and Garr of Young Frankenstein: “Teri”. Favorite clue: The ‘R’ of R.G.B.

What trips me up are contemporary references to media, like clues from The Simpsons (never watched it but know who these characters are by now thanks to crosswords) and Seinfeld quotes. Also the names of rappers and the great majority of sports-related clues, especially basketball slang, increase my frustration level.

I remember a New York Times puzzle, constructor Julian Lim, that was HARD. I tried to breeze through the grid, answering the ones I was sure of, but when you have clues like Pops or Put away or Steaming with multiple meanings, you just have to guess until you figure out the first answer you entered is wrong. Of answers I never, ever heard of, “SIForKids” gave me the most heart burn. It’s apparently the name of a magazine and the clue mentions Michael Jordan. Another answer was “sigma”, signifying Symbol for stock volatility, in finance. I confess I had to look these up—the Internet provides convenient crossword-answer sites. I’m sure I’m not alone here. But my rule is to look up the answer to a clue I will never be able to figure out from the acrosses and downs. And I could just imagine Mr. Lim chuckling as I entered “Tom Hanks” for the answer to ”Bridge of Spies” co-star, 2015. Tom Hanks has the same number of letters as Alan Alda, which was, in the end, the correct answer.

And I got jam on my iPad was because I do my puzzles on the kitchen table, a repository for jam, spilled ground pepper, and coffee stains.

4 thoughts on “Crossword Puzzlements and How Did I Get Jam on my iPad?”