Three Observations and a Dialogue: Round and About SF

Three Observations and a Dialogue: Round and About SF

Essays from the circumference on Science Fiction Communities, Terraforming, Lois McMaster Bujold, and what happens when authors and academics write back.

A chapter heading in eluki bes shahar’s novel Hellflower exactly captures my position here at WisCon, and I’d like to thank her for it. I am somewhat of a third person peculiar at WisCon, and that position, and the tensions between its varying components—as academic researcher, sf reader and/or member of the sf community—is really what this paper is about.

To begin with the most obvious peculiarity, I am an Australian abroad, as you can tell from the moment I talk. To go on, I’ve always read sf, but though I fit the classic sf reader’s profile—first child, introspective, lay interest in science—I have never shared an up-close, personal acquaintance with the sf community, let alone what I understand as fandom, which is the basis of convention-going. I’ve only glimpsed such a community electronically since a conference about eighteen months ago put me on the Australian sf grapevine and connected me with Justine [Larbalestier] and Helen [Merrick], then fellow post-graduate, or as they say in the US, graduate students. When Justine began mentioning interviews with Connie Willis and meeting Katharine Kerr, my first response was pure sensawunda—like, “Really? WOOWW…” And when Helen and Justine inveigled me onto the Fem-SF listserv, and names like Suzy McKee Charnas and Karen Joy Fowler started turning up on my email, I thought the Inbox had sprouted unicorns.

In another sense, I am even more dislocated in this milieu because I’ve worked as an academic for the last twelve years, and for at least six of those I have researched, thought, and written about sf. I have read enough rude remarks about how academics mishandle sf to feel dubious about the wisdom of admitting that. And yet I don’t really fit the academic slot either, because I don’t read “high” fiction for pleasure. For pleasure, I read what I study: feminist (sometimes) detective novels, commercial fantasy, and sf. This sounds simple, but its effect has been more like terraforming. To explain, let me steal a title, in good academic fashion, from a fashionable theorist: I have to talk about the pleasures of the sf text.

In equally feminist fashion, let me use some personal experience here. “Long, long ago, in a galaxy far, far away”—as far away as North Queensland, which is the finger at the eastern side of Australia, and longer ago than I intend to admit—there was a kid sitting on the homestead veranda on a hot January afternoon, reading a book. At least, her body was there; the rest was sneaking across a mysterious sub-Alpine plateau at the head of the Amazon. She read a lot, including a good Children’s Encyclopedia, where she had found a beautiful plate of an iguanodon, old style, sitting on its hind-legs like a kangaroo. So she knew what they were, and how they looked, and how long it had been since they’d existed. And lo and behold, as Conan Doyle’s intrepid explorers rounded a clump of bushes…there was a glade full of grazing iguanodons.

Writing this paper, I spent a long time trying to capture that girl’s response. You all know the cliché for it; it’s the hoariest line in sf. It was my first experience with “sensawunda,” of course. But let me do another quick academic detour here to tell you that “sense of wonder” has a long and lofty pedigree, which theorist Stephen Greenblatt kindly assembled for me. According to Greenblatt, Ancient Greek Aristotelian philosophers saw wonder and pleasure as the end—the goal—of poetry. By the Renaissance, an influential Italian critic thought that no one who failed to “excel at arousing wonder” could be called a poet. Thomas Aquinas’s teacher hit the nail closest of all. Wonder, he said, was not only intellectual, it was visceral. It caused “a systole of the heart” (79-81).

Despite its hoariness, that, I think, is a hallmark pleasure of the sf text; and although such experiences are rare as a phoenix, it’s one I have never lost. When I found the sea vane in Nicola Griffith’s Ammonite (326), there it was, just as on Conan Doyle’s South American plateau: the pause, the stoppage, the visceral clutch. The systole of the heart.

Now grow the explorer up: an English graduate of the late ’60s, rather idealistic about politics, rather cynical about art. Dutifully plowing through Barth and Pynchon and Burroughs in the library, buying Dune and Lord of the Rings and slipping off to rock concerts on the side. Then she walks into her local bookshop—about 900 miles from campus—and finds a Victor Gollancz hardback with the old yellow dust-jacket that signals, sf.

This is a fairly literate reader; besides Spenser and Chaucer she has studied the Aeneid and known the Iliad almost as long as Conan Doyle, and she has a ’60s taste for myth. But with her persistent “low” tastes, that yellow cover is a magnet. So she picks it up, reads the title—The Einstein Intersection, by some writer she doesn’t know—flips it open, and here’s Lobey fighting his mutant Minotaur. This time it’s not just a systole of the heart; it’s, “Wow, they never told me sf writers did stuff like this!”

Mostly, they don’t. One of the drawbacks of an old-fashioned humanist tertiary education is that it leaves this awful awareness of style: you can take the girl out of humanism, but you can’t take humanism out of the girl. But when an sf writer is a stylist, reading does things for a humanist-educated reader that no realist text can match. It affords—to use another old phrase—an aesthetic pleasure in the text.

Now picture your explorer as a secretary in an outback Queensland town: three or four hundred people, streets wide enough to turn a wool wagon. And three blocks from Main Street, these long, long horizons where a hill goes for two and three miles, nothing but grass and glare. Nothing much in town, either; and only the news agency sells books. She wanders in one day in 1975, and here’s a cover that says sf and a name she first saw in a second-hand bin in the Athens Plaka. Ursula K. Le Guin: The Dispossessed. So she buys it and takes it home, and ninety or so pages in, Shevek sits down on a park bench with a woman at the other end. She’s old and oddly dressed and, “The light was dying fast but she never looked up. She went on reading the proof-sheets of The Social Organism” (Le Guin, 90).

The double-take that it’s a statue is a given. In those ninety pages, Odo’s founding role for Anarres, incidents in Odo’s life, and the pronoun “she” crop up often enough: it’s not as if you don’t know who she is. But I still remember getting halfway down the page—stopping, staring at the fan, which was burning its blades off as usual—going back to re-read, and thinking, “Ye Gods—Odo’s a woman philosopher!”

To you in the United States, of course, this is almost a time warp. Nineteen seventy-five: feminists were re-writing every academic discipline from linguistics to anthropology, feminist utopias were popping out like peas—Woman on the Edge of Time, “Houston, Houston, Do You Read?,” The Female Man. Women’s studies were getting off the ground; women were infiltrating every profession. It happened in Australia too. I just wasn’t where it happened. I was a proto-feminist—I self-raised my consciousness about 1972, defining the problem with Betty Friedan and transiting the rage phase with Germaine Greer. But I did it in the bush, and for all I knew, I was the only female in Queensland with such weird ideas.

More to the point, the feminist writing I had seen was still in Greer and Millett’s phase: mapping women’s oppression, triggering women’s rage. I had never seen anyone look past that sorry material reality and try to put something in its place. I had never experienced the pleasure of the feminist or feminist-oriented sf text. So it was more than wonder that I felt at this amazing new world, more than aesthetic pleasure; it was a politicized joy, an exciting, empowering glimpse of what women might be. If somebody had told me Isaac Newton was a cross-dressing female scientist, I would have been less galvanized. 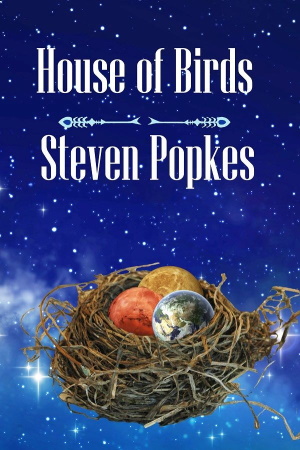 Is a terraformed Venus full of dinosaurs worth it?