Take one dead FBI agent, one ghostbuster, one skeptical lawyer, add an octogenarian mob, and stir…

Fraud lawyer Jax Ives and ghostbuster Evie Malcolm Carstairs want to take their relationship to the next level, but their increasingly busy lives intervene.

Evie’s Sensible Solutions Agency is hired to determine if a recently deceased FBI agent financed her retirement with computer crime. Evie’s eccentric hacker team talk tech, but only Evie can hear the haunting tale the agent’s ghost has to tell. Soon she and her team are investigating potentially murderous octogenarians—despite Jax’s warnings.

But when Jax’s brilliant, OCD, and deeply introverted sister shocks him by helping his anarchic best friend uncover the dangerous mastermind behind a phone scam targeting senior citizens, Jax has to add his legal expertise to avert disaster.

With ghosts and senior citizens demanding justice, antediluvian conmen draining bank accounts, and Evie, Jax, and cohorts stirring the pot—the apocalypse might be safer than an impending granny revolution!

Ariel Ives-Jackson frowned at the notation. Large animals did not normally occupy this sparse South Carolina piney wood. Imprecision could be life-threatening when one lived alone.

She brought out the binoculars, but in the darkness, she only saw branches swaying from a heavy weight. The pine was half hidden by an ancient oak. Her house security cameras didn’t reach beyond the yard.

The game cameras in the woods were on a separate circuit that she’d installed herself, but the pine was too distant to see clearly.

Frustrated, she continued her routine, playing through the videos on each camera in order. The paths through the woods to the pond at night made for better entertainment than television.

At precisely 01:30 she double checked her security video and returned to work. The darknet was busy tonight. She followed a trail of illegal-cryptocurrency and sent the route to her contact.

At 05:00 she stopped for breakfast. As she buttered her toast and fried her egg, the game camera nagged at her. What if there was a bobcat?

Therapists had said she needed to regularly modify her routine if she ever wished to pass as neurotypical. I could watch the video while eating.

Ariel studied her toast and tea. She didn’t like crumbs on her desk or sticky things near her keyboards. She finished her toast and egg, refreshed her tea mug, and carried it and her paper notebook to the massive computer desk filling half her front room. Carefully setting the mug on a coaster on a side table away from her keyboard, she switched on the feed from game camera number one, so she had a larger zoomed-up image.

That was slightly better, less imprecise. Perhaps changing her routine sharpened her mind.

She usually went to bed at 06:00, just as dawn lightened the sky at this time of year. But dawn would be a good time for a big cat to go on the prowl. She’d seen coyotes and foxes at dawn.

Her security lights went off on the east side of the house as the bright August sun rays hit them. Ariel enlarged the image on her wide-screen monitor. Definite movement. A flash of blue caught her eye. Blue?

Uneasy, she opened up all her house security cameras on the big monitor, then ran the game cameras on a second screen.

I’ll have to tell Dr. Shaw I stayed up past bedtime. That’s progress, isn’t it?

At 06:35, her house security cameras all shut down, turned off by hands other than her own.

Ariel slammed the desk with her palms. That bastard!

Only two people besides her knew how to turn off those cameras. One of them had been missing for months—the one who knew her routine best, the one who knew she normally went to bed at 06:00. The one who had installed her keypad and set the password.

Furious, she loaded the gun she used on unruly wildlife. She swung the game camera positions to the path toward her back door. She knew how to protect herself.

As soon as the jeans-wearing Cajun staggered through the shrubbery guarding her yard, she snapped a photo with GAMECAM3 and shot it off to the two people who would have heard the alarm when her security went off. The third damned person she had trusted to send messages to was now at her kitchen door, punching in her security code.

If he thought she’d gone to bed, she had a little surprise for him.

She waited in the shadowy corner of the kitchen until the door opened, and she had a good view of his blue tank top. He was more brown and muscled than ever. With his hair grown out into unruly curls and his face metal removed, he was barely recognizable as the bald, tattooed soldier who’d entered her life over a year ago. Without compunction, Ariel shot him mid-chest with the full force of her water blaster.

All six-foot-two of giant rat collapsed like a decompressed accordion.

Be the first to review “The Crystal Key” Cancel reply 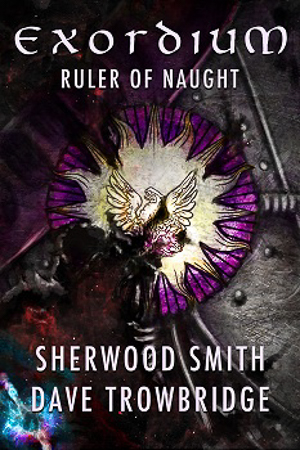