Over the course of five books, Sherwood Smith has enthralled readers with the world of Sartorias-deles. First in the military action of the Inda series, then in Time of Daughters, and finally in the magic-based cultural drama of Banner of the Damned, Smith’s books are a tour-de-force of deadly high politics, incredibly engaging worldbuilding, and nuanced examinations of power, love, and betrayal.

Readers of all stripes have praised her for the master fantasist she is. Woven throughout these sagas is a sinister mystery: the dangerous, shadowed threat of Norsunder. With incredible powers only hinted at and rare appearances of enigmatic characters, Norsunder has loomed as the ultimate villain, at the very highest of stakes, and a foreboding battle to come: the great story readers have been eagerly awaiting.

The Rise of the Alliance, a four volume arc, begins that story. The first installment, A Sword Named Truth, launched readers into the non-stop action, politics, and magical threats leading to Norsunder’s return. Our heroes spanned continents and cultures, ambitions and desires, but share one characteristic: they are young leaders.

Some are rulers of unstable nations, growing into their power and themselves, but they are seeking ways to trust and bind themselves together — and find the strength to defend against a host that has crushed entire worlds.

In this second volume of the Rise of the Alliance Arc, The Blood-Mage Texts, the alliance seems to be a thing of the past as everyone is dealing with the fallout of the abortive attack. Rel the Traveler arrives back home to a surprise that has been awaiting him since he was first adopted, launching him on a personal quest.

Jilo, the king who is not a king, finds what looks like dangerous magical texts and hands them off to his friend Senrid, young king of Marloven Hess, who is in the midst of wrestling with his warlike nation. When word gets out that these eight-hundred-year-old blood mage texts are in the ignorant hands of youngsters, all of Norsunder’s mages want them.

Meanwhile Siamis has gone renegade, hunted by both sides.

All the searches converge on Chwahirsland, furnishing new twists in the on-going saga of the alliance of young rulers . . .

A novel of Sartorias-Deles, and Book 2 of the Rise of the Alliance

Though generalizing about any group of persons is risky, it’s safe to say that everybody at Norsunder Base relished a fight. Some liked the spectacle, others the exertion, but all pretty much agreed that the pinnacle of entertainment was a clash between commanders. You had to be nimble to make certain you weren’t part of the spillover, but risk was part of the thrill.

Word of Norsunder’s recent setback on the sister-world Geth-deles had begun spreading through the fortress when Dejain, head mage and occasional commander at the Norsunder Base, returned.

The moment she had recovered from the excruciating wrench of transfer-magic, she summoned the mages for a more detailed report. “The chief reason for the defeat is that Siamis tried to turn on dear Uncle Detlev. And lost,” she finished with the savor of hatred. “The Geth-deles mages have united to destroy the between-worlds transfer tunnel. I expect it’s going to be a long time before we see the return of Uncle—”

The word Detlev coincided with a skull-ringing VOOM.

The fortress’s ancient granite blocks ground together as air expelled from the collapsed cross-world transfer blasted through, hurling warriors to the painted stone floor in the Destination chamber. They slowly got to their feet, checking themselves for broken bones, as all over the fortress grit sifted down from ceilings.

Word flashed along the halls and byways, faster than fire: Detlev is back.

She made an effort to shrug, hiding the throb in her bones. “If Siamis survived that transfer, he might wish he hadn’t.”

And she strolled out, brushing grit off her dainty lace-trimmed rose gown and running her fingers through her golden curls. As soon as she was sure she was away from watching eyes, she closed her eyes, concentrating on erecting the mental brick wall of her mind-shield, then hurried downstairs to the command center’s back entrance.

In the Destination chamber, Detlev’s elite picked their weapons off the cracked stones and clattered off to the barracks, some giving sideways glances at Detlev, who had managed to stay on his feet.

Detlev left in the direction of the command center. Those who dared watched from shadowy alcoves, anticipating bloodshed as Detlev paused at certain doorways, as if seeking someone who was not there. For a man of such sinister reputation, Detlev was ordinary enough in appearance, above medium height, brown of hair, hazel of eye. He rarely wore weapons, an idiosyncrasy only a fool took as invitation.

Dejain had reached the commander center first, and observed from the back as Detlev entered the main door with a quick glance around. Looking for . . .? Siamis, she thought, laughing inside. If Siamis was still alive, and smart, he should be halfway around the world by now. And still running.

Detlev ignored desk jockeys as he walked to the trays where reports and messages were relayed in by magic transfer, and flicked through papers in a methodical manner.

The silence was so profound that all heard the approach of leisurely footfalls.

Eyes turned to the door as Siamis walked in. Dejain glared as he smiled gently, his sword—four thousand years old while he was still maddeningly young—held casually by the sheath, as though he had been wielding it too recently to slide it back into its baldric. She hated him for his youth, his fair hair, and for his offensive insouciance over still being alive.

Alone of all in that fortress, Siamis and Detlev had been born thousands of years ago, in the lost days of Ancient Sartor. Until recently had rarely emerged from Norsunder. Siamis’s outrageous impatience with his uncle’s constraints was obvious to everyone.

Detlev looked up at his errant (arrogant, Dejain thought, and she was not alone in that opinion) nephew.

Siamis spread his hands, his smile rueful as he said something in Ancient Sartoran.

“What’s he saying?” a mage hovering at Dejain’s shoulder asked in a whisper.

“Says something about how he had to try. Bored. Wants, um, responsibility,” Dejain whispered back. She hated having to admit that her understanding of Ancient Sartoran, with its millennia-old idiom and layered figurative language, was rudimentary at best. But she knew it better than anyone else in that place, save those two who’d been born when it was spoken.

Detlev glanced at the papers on the desk, as the watchers held their breath. Then he said—in everyday speech, so that all the listeners could understand—”Prove it. I believe the time has come to secure the Arrow.”

He died trying to cross me, Dejain thought, but kept a prudent silence. The mage was not altogether wrong; everyone there knew the reference. The magical construct known as The Arrow was the name for the enchantment that had bound the magic of the Venn for nearly eight centuries. If any of their mages tried the smallest spell outside their borders, it would mirror back and kill them.

Even those who knew very little about magic understood that complicated spells—or enchantments—had to be bound to something specific, or the magic dissipated like vapor. Some objects held magic better than others, and even more rarely, amplified it in a way no one understood, which meant that the layers of complex spells would not have to be renewed.

The Arrow was one of these, hidden so well that no one had been able to find it, though enterprising mages in both light and dark magic had searched all through the northern reaches.

That included Norsunder mages, who knew that anyone who possessed it would effectively control the Venn—the empire once the most powerful force in the world.

“But it took two centuries for the Venn to be bound,” Siamis said. “Three, if you include Erkric’s death and its aftermath.”

Detlev’s tone remained equable. “Then you had better get started, hadn’t you?” He added something quickly in Ancient Sartoran, and turned back to the dispatch desk.

Siamis laughed. “Well, if it was easy, it wouldn’t be fun,” he remarked and sauntered out, as if he had not just been dismissed before the eyes of all watchers.

Be the first to review “The Blood Mage Texts” Cancel reply 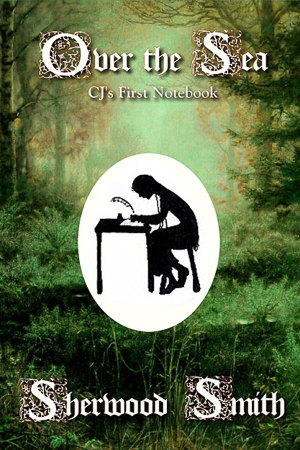 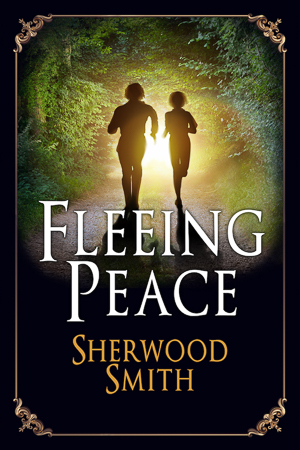 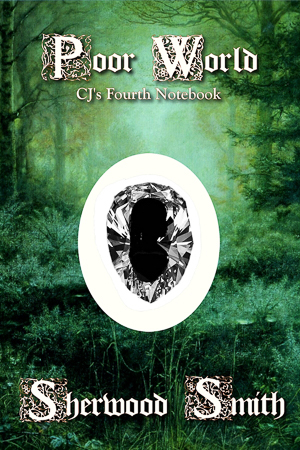