Tales of Love and Mystery #5

Alys Seagraves has lost a home and a husband—she’s not about to lose her best friend, Mame. The elderly widow disappears from her hospital bed with only the slightest of clues to her whereabouts. With no transportation or understanding of where Mame has gone, Alys commandeers her friend’s ancient pink Cadillac and uptight nephew, Elliot Ross, to aid in her search.

As much as he loves the unpredictable aunt who raised him, Elliot is furious with Mame. He refuses to listen to the ludicrous fears of an obviously neurotic female who thinks she knows more than qualified professionals—whether they be doctors, like him, or the police. But as she drags him from his comfort zone on a mad ride down historic Route 66, he realizes Alys has more insight into his aunt’s dangerous path than he does.

Battling blizzards and murderous semi-drivers, they follow Mame’s trail in a last dash to save her life—and their own.

CALIFORNIA GIRL is a true gem and a call to live life everyday to the fullest…. Patricia Rice has penned an emotional and riveting masterpiece.
-Missy Andrews, Fallen Angel Reviews

At this clearly recognizable battle cry from behind the hospital room door, Alys Seagraves almost cracked up. Blown away in relief, she slid down the wall of the corridor and tried not to laugh—or she might end up crying.

Mame was alive and kicking. Not only kicking, but butchering Frank Sinatra songs.

Alys had spent these last few hours terrified that her best friend may have died, like everyone else in her small universe.

Assuming a lotus position on the corridor floor, she sought her center as she’d learned to do in Mame’s School of Alternative Life Lessons. Palms turned up and resting on her knees, she took a deep breath.

Deliberately wiping out negativity, she concentrated on the here and now, seeking the good times as Mame had taught her to do. Head up, eyes closed, Alys focused on the long-ago morning when her six-year-old self complained about writing the “ys” in Alys instead of the easier “Alice.”

Her conservative, gray-haired mother got a faraway look in her eyes and smiled. “I thought if I could have a beautiful miracle like you at forty, we should celebrate with a special name, one all your own.”

It wasn’t until later that Alys realized what a break in tradition that bit of whimsy was for her conventional parents. She treasured that memory. She loved them for trying to give her the freedom they’d never experienced in their hardworking lives.

“Life can’t be vacuum-packed and preserved like meat in a freezer!” Mame’s familiar voice bellowed from the hospital room across the corridor. “Don’t put that thing on me.”

Groaning at Mame’s cockeyed argument, Alys leaned her head against the concrete-block wall.

If the hospital personnel and visitors scurrying past her thought it odd to see a twenty-seven-year-old woman assume the lotus position in a hospital corridor, they offered no indication of it. Alys was rather proud that she’d made it this far into the bowels of her personal hell.

Love is the power that heals. She repeated her mantra, seeking her energy balance. She would think positive thoughts and look to the bright, gleaming future. Mame would not die. Not like her father. And mother.

And Fred. Orphaned and widowed within two years.

Angrily fighting back tears, she scooted up the wall, using the cold concrete as a brace for her backbone. Shoving away, she marched the few feet into Mame’s room.

“Thank goodness, there you are!” Disregarding the nurse attempting to take her pulse, Mame cranked the head of her bed into a sitting position at sight of Alys. “Get me out of here. I have entirely too much to do to lie about any longer while these people poke and prod me.”

Mame’s naturally thin build gave her lined face an almost ascetic appearance of skin and sharp bones, but the vivid red of her hair bespoke her vibrancy. She’d had her roots touched up for the trip.

“What did the doctor say?” Alys hoped her voice wasn’t as hoarse as it sounded to her as she tried to ignore the dripping IV and clicking heart monitors.

Suppressing her fear fed the bubbling panic. In her head, the room diminished to throbbing tubes, blinking lights, and the pounding thrum of heartbeats. Her breath caught in her lungs.

“Sit down,” Mame ordered. “You’re turning whiter than I am.”

The nurse chuckled and dropped Mame’s bony wrist to note her chart. “The doctor said she had a myocardial infarction, and he wants to run more tests. Are you family?”

“They’ve called Elliot,” Mame said with disapproval, not giving Alys time to reply, much less to run away or even sit down. “We’ll have to make a break for it before he gets here. Sign me out.”

“Unless you’re family, you can’t do that.” The nurse pulled the curtains across the window, shutting out the sunshine. “You shouldn’t even be in here. Mrs. Emerson needs her rest.”

“I have all eternity to rest,” Mame protested.

“Mame, it’s all right.” Why didn’t Mame want to see her famous nephew? Alys thought Doc Nice might be very handy to have around in a hospital. He’d always seemed immensely intelligent and amusing on the radio. “You scared the bejeebers out of me back there,” she said to change the subject.

“Miss, you really need to leave.” The nurse hung up the chart and cranked the bed down.

“I won’t rest unless she stays,” Mame announced, not with the querulousness of age but the imperiousness of a queen. “Does she look capable of smuggling me out?”

The five-ten, two-hundred-pound nurse looked at Alys in her childish smocked dress with the skirt falling at mid-thigh and snorted. “She doesn’t look big enough to be out of school.” The nurse flipped off the overhead light, immersing them in darkness before padding out and closing the door.

Alys wrinkled her nose and sank to the tile floor, resting her head against her knees. If she could just find her center, she might stay without freaking out. Maybe.

“How’s Beulah? I didn’t wreck her, did I?” Mame whispered eagerly, snapping on the bed light.

Alys sought her friend’s expression in the pale glow of the lamp. Mame was fine. Mame had to be fine.

Alys’s rusted-out Nissan was not fine. It had been totaled when Mame passed out at the wheel of her Cadillac—Beulah—crashing it into the Nissan’s rear end, thereby transforming her rusty little car into an accordion against the garage wall.

“Beulah just has a dented bumper,” she replied reassuringly. “I drove her over here.”

“Then help me out of here. We’ll need to be gone before Elliot arrives.” Mame fiddled with the wires hooking her to the monitor, in an apparent attempt to remove them.

“Mame! You’ve had a heart attack.” At least, that’s what she guessed an infarction was. “You can’t just get up and walk out.” Although she certainly sympathized with Mame’s determination to escape. How could anyone get well in the chilly dark with machines beeping off heartbeats as if they were minutes on a parking meter?

“I know how much you hate being here.” Mame frowned when the monitor apparently didn’t detach as easily as she’d expected. “There is no reason to keep me here except doctors are afraid of being sued.”

“My dislike of hospitals is irrational,” Alys protested halfheartedly. “Doctors did everything they could for Fred. It’s unfortunate that cures for cancer haven’t developed beyond the witch doctor stage, but that doesn’t apply to you. You should listen to them.”

“They nuked Fred and stuffed him with pills until he wanted to die, which made his last years hell for both of you,” Mame said vehemently, examining the IV attachment. “I refuse to die like that. When I’m ready to go, I want to go with a big bang.”

Alys bit back a semi-hysterical giggle. “You almost did. The neighbors thought they’d been bombed. Beulah packs a wallop.”

Mame beamed. “There, see, you can smile. Now get up off that floor and unchain me.”

Be the first to review “California Girl” Cancel reply 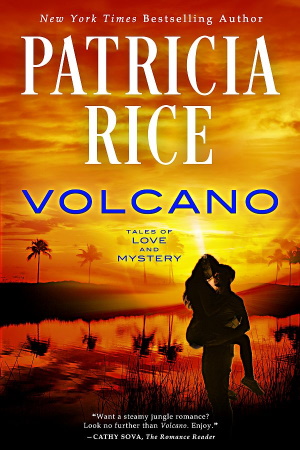