I grew up with tales of Old World magic. Fairy tales, ghost stories, legends of great Slavic heroes like Kralyevich Marko and his marvelous horse, Sharats. Living in the USA, I wondered where the magic went and if maybe just a little of it might have crossed the ocean from the Motherland.

A Princess of Passyunk is my answer…

Okay, so my hero doesn’t ride a magical horse—but he has a magic baseball. And he’s not a prince … exactly—but he does fall in love with a Princess … sort of. And he doesn’t slay magical beasts—but he does battle an angry Sausage King and a scheming Crone in order to complete a magical quest … in a manner of speaking.

Well, I guess you’ll just have to read it. Then I hope you’ll believe that there’s New World magic, too.

One: If Market Street Flooded

“If Market Street ever flooded,” said Stanislaus Ouspensky, “South Philly would be an island.”

He contemplated this possibility over a bowl of chicken soup in a postage-stamp-sized deli on South Tenth Street between Cross and Tasker.

Across the counter, the deli’s owner, Izzy Davidov, looked up from the newspaper spread across the worn linoleum of his countertop and raised a graying eyebrow. “How so?”

Ouspensky straightened from his soup and flung his arms wide, dripping chicken broth across the counter. “Just look. Water on three sides; history on the fourth. All it would take is a little push”—he demonstrated on the lone matzo ball still bobbing in the bowl—“and we’re cut off from the present. Because Time gets confused in South Philly.”

At the end of the counter closest to the door, Ganady Puzdrovsky and his best friend, Yevgeny Toschev, locked eyes over their root beer. The boys had heard Mr. Ouspensky hold forth on this subject before and knew that Mr. Ouspensky believed Time flowed into Philly and eddied there, unable to find a way out again. At least, that’s what he claimed to believe.

Stanislaus Ouspensky, who had lived in a walk-up on 20th Street across from Connie Mack Stadium since the Creation, had watched many baseball games from his rooftop before the notorious ‘spite fence’ went up in ’35. To Ganady and Yevgeny he had privately intimated that because of these so-called time-eddies, he could still watch them. At the ambiguous age of sixteen—stranded midway between childhood and adulthood—neither boy could completely discount the claim. Neither was sure he wanted to.

“Confused?” repeated Izzy, eyeing the golden beads of liquid on his previously spotless countertop. “How does Time get confused?”

“Abigail Adams’s Bed and Breakfast is how,” said Mr. Ouspensky. “The Betsy Ross Museum is how. Time slides down the Broad Street Line and finds these places, and it eddies around them and gets stuck. Do you know what you get when Time gets stuck?”

“No,” said Izzy, rattling his paper. “But I suspect you will tell me.”

“Windows into the past. Windows into history. That’s what you get.” He glanced at the two boys out of the corner of his eye and winked, making them parties to his theory.

As indeed, they were. Thanks in large part to Mr. Ouspensky and his philosophical ramblings, their Philadelphia was not circumscribed by the neat grid of streets or a modern façade. Their Philly wasn’t merely trapped in Time, it was sinking back into it.

This meant there were times when Izzy’s deli was a tavern at which thieves and pirates gathered in the wee hours. And Saint Stanislaus’ Church was a grand and massive cathedral gone to weed, in which sad monks carried out their daily rites, and at night worked for an unspecified Underground.

“Windows?” repeated Izzy, his eyebrows just visible above the edge of the newspaper. “I’ll tell you what I know about windows, Ouspensky. I know that mine haven’t been washed for above a week thanks to that hulyen, Nikolai Puzdrovsky.”

Ganady snorkeled into his straw, root beer exploding up the sides of the bottle. Hearing his elder brother referred to as a “hellraiser,” even in Yiddish, was not without humor. Lazy, Nikolai might be called, careless, maybe—but a hulyen?

The hulyen himself appeared just then as if magically summoned, stepping through Izzy’s door with the sharp April wind nipping after him. He closed the door in its face and said, “Hey, Mr. O. Hey, Izzy. Can I get a grape soda?”

Izzy’s eyebrows rose again at the sound of his pet name coming from Nikolai’s lips. Neither of the other boys would have dared address him in such fashion, but Nikolai was seventeen and as of this past winter, considered himself to be sufficiently grown up to experiment with such adult privilege.

“How do you do, Mister Puzdrovsky?” asked Izzy mildly. “I’ll be happy to see to your soda as soon as I’ve finished my business with Ganady.”

Ganady’s ears perked up at this, for he had no idea that business was being done with him.

Izzy said, “So, Ganady, since my windows have gone unwashed this week past, I am wondering if you and your young friend might be interested in a bit of work. One could do the windows, one the floors…”

Nikolai reverted swiftly to his youth. “Gee, Mr. Davidov, I was going to do them Friday, but…well, I had to make up some homework, and then it was getting dark, and you know how Mama is about us being out after dark.”

“My windows don’t know from homework,” said Izzy. “They’re just dirty. Perhaps Ganady doesn’t have homework that must be made up?”

Ganady glanced at Nikolai, whose entire thought process was writ publicly on his lean face. Certainly he wanted the money, but having to do windows on Friday afternoons instead of all the other things that could be done…

Nikolai took a deep breath. “I’ll do them Wednesday. I promise. Right after school. Will that be okay, Mr. D.?”

Izzy grunted what Ganady assumed was an affirmative and poked his long nose back into his paper. “You know where the soda is. Help yourself.”

Nikolai did just that, swinging around the end of the counter to the beaten-up little icebox where Izzy kept his cold stuff. He was back out again in a moment, swigging a grape Nehi. “Seen any good ballgames lately, Mr. Ouspensky?” he asked.

“A few,” said the old man coyly, dunking the hapless matzo ball with his spoon. He did not elaborate.

In days past, he would have waxed poetic about the games, but Nikolai was no longer of the inner circle. To Ganady’s chagrin, his elder brother had begun to change with the onset of this, his junior year, until by now, in early April, he seemed as blasé and unimaginative as his peers.

For his part, Nikolai merely grinned, sucked his soda and said, “Mama sent me to bring you home, Ganny. And Eugene’s wanted up at the restaurant.”

Yevgeny’s eyes shot sparks of perfect delft blue onto his freckled cheeks. “Don’t call me that,” he said.

Nikolai shrugged his shoulders. “Suit yourself. All I know is, your Mama wants you to help out in the kitchen.”

Unlike Yevgeny, who resisted Americanization with every fiber of his being, Nikolai had become relentlessly American, his interests running more and more to cars and leather bomber jackets and chinos and high-school dances. Mama and Baba were the only ones at home who could call him “Nikolai” or “Nikki” these days; everyone else must call him “Nick.” He had unilaterally decided that Yevgeny would be “Eugene” instead of “Zhenya” or some other standard diminutive. He had also coined the shortened version of Ganady’s name on the grounds that the Polish version—“Genna”—“sounded girly.” Everyone had taken to using it—even their Mama on occasion. Ganady couldn’t find it in himself to care with anything like the passion Yevgeny did.

Nick said South Philadelphia was an antique or a museum, or worse, a human rummage sale. Further, Ganady and Yevgeny with their heads full of time eddies and magical windows were yentas who might just as well be doing needlework and sharing neighborhood gossip with Baba Irina’s glayzele tey society.

He rarely joined the other boys on their rambles these days, and when he did, Ganady knew he was only along for the ride. He never brought his imagination with him. To hear Nick tell it, the only reason he spent any time with the younger boys at all was to keep them from dropping permanently through one of Ouspensky’s magic windows, leaving him to explain their disappearance to the elder Puzdrovskys.

“Saturday?” asked Mr. Ouspensky from behind them.

And Izzy Davidov muttered, “Mr. D!” and rattled his newspaper.

“Saturday, what?” asked Nikolai as the boys made their way up the street.

Ganady shrugged, thrusting his hands deep into his pockets, trying to lose the root-beer-bottle chill. “Oh, nothing. We’re um…”

Nikolai smirked. “You mean you’re going over to watch ghost baseball with him. You been going over there for a month of Sundays. You ever seen any old ghost-ball game?”

“The season hasn’t started yet,” said Yevgeny. Mr. Ouspensky says it’s a matter of timing. He says what we want is a Saturday afternoon just after Opening Day.”

Nick shook his head. “You two are such shlubs. And Mr. O knows it. He’s just fooling with you.”

“No he isn’t,” said Yevgeny defensively. “He says there’s a spot—The Spot. He knows how to find it. And if we get there at just the right time—”

“You might see a twenty-year-old ballgame?” Nick finished for him. “That’s dumb.”

“Baba says there are magic spots like that all over Poland,” said Ganady. “Why wouldn’t there be magic spots here, too?”

Now Nikolai’s eyes rolled. Baba Irina, he’d be thinking, still thinks she’s in Keterzyn, and that Poland is still an imperial force—or ought to be. All he said was: “This is America. The New World. There’s no magic. There’s movies.”

“But Baba remembers—” Yevgeny began, and Nick’s eyes made another circuit.

“Eugene, you’ve known Baba all your life and you still don’t get that when she says, ‘I remember…’ she’s about to tell a boobeh myseh? I bet you still believe in fairytales, too, huh?”

Yevgeny winced at this abuse of his name, but Ganady had barely heard his brother at all, for something had called to him from the corner of 21st and LeHigh.

“You know what Mr. Ouspensky says is magic?” he asked, looking away over rooftops and telephone poles. “A five-four-three triple play.”

The other boys considered this. Then Yevgeny nodded agreement.

“You,” Nick disparaged, “are obsessed with baseball. You and Mr. O, all three.”

“You sleep with your mitt under your pillow, Nikki,” said Yevgeny. “Same as us.”

Nikolai blushed crimson to the roots of his dark hair. “Don’t call me that,” he said, but he didn’t deny where his fine, red leather catcher’s mitt spent the hours between dusk and dawn.

Be the first to review “A Princess of Passyunk” Cancel reply 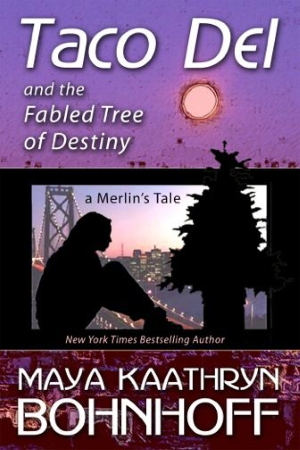 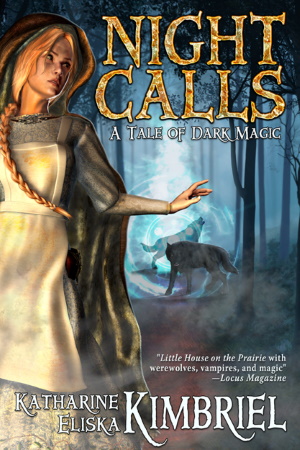