A Little Trip Away

My sister and I agree that there is something special about Death Valley, California. This specialness is not the weather, or the silence, but instead floats in the air at 200 feet below sea level, bringing with it calm and hope. We always leave with this calm hope, returning to our daily cares and able welcome them again.

This was my sixth visit to the Valley, a fault basin trapped between two precipitous mountain ranges, the Panamints to the West and the Funeral and Amargosa Mountain ranges to the east. It occupies a small percentage of the Great Basin. the vast dryland stretching from southern Oregon to western Utah, down through all of Nevada to Mexico. Trapped between rich coastlands in Oregon and California, the Basin is dusty and waterless, pocked with canyons and upthrust escarpments. A pretty land in a pale, sharp way. Many millions of years shaped peculiar Death Valley, pressing its floor lower and lower and its shouldering mountains higher and higher. Telescope Peak of the Panamints towers to 11,000 feet over the Valley floor.

Driving from Vegas in our rented Toyota 4Runner, our first stop was Zabriskie Point, where Manley Beacon is one of the ålmost photographed sights in all the National Parks. It is not to be missed and is always our first and last stop. Named for Christian Zabriskie, gold miner and borax tycoon, the silt and ash of Zabriskie Point’s razor ravines were carved by wind and water from the prehistoric lake it used to be. At sunrise, photographs gather by the dozens to capture astounding shadows and other-worldly colors. 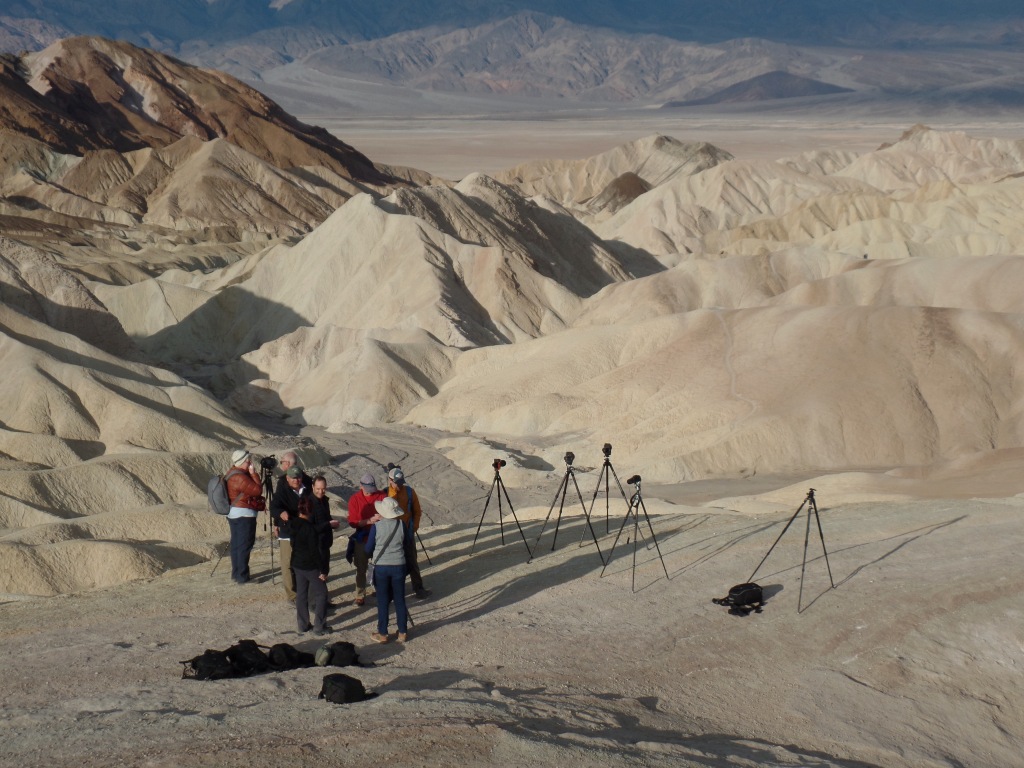 In late February and March, if you’re lucky enough to avoid the rainy season—2.2 inches annually—Death Valley is one of the few Dark Sky regions remaining in the United States. Our first night there we ventured out into the golf course to star gaze. Furnace Creek, an oasis along the eastern edge of the Valley, has a vintage National Park inn, cabins and motel rooms, along with RV and tent camping sites. And a golf course that, in my view. is only good for stargazing. I hadn’t seen the Milky Way in decades, and it was a dear old friend to see, along with a handful of meteors and several familiar stars.

Death Valley is well-stocked with experiences. Salt Creek supports tiny pupfish trapped in the Valley as waters receded over the millennia; some species live only there. Bad Water, the lowest elevation in the U.S., stretches across the Valley floor blazing white with salt deposits. The Dunes flow across mid-valley, and north to south in both mountain ranges, slot canyons abound. In Johnson Canyon, reached by off-road vehicles, the ruins of a 1920’s resort can be found. At the north end of the Valley lies Ubehebe Crater, a deep volcanic remnant. And if you have a really good off-road vehicle, you can reach the Racetrack where the puzzling question of boulders traveling over caked ground, leaving paths behind them, has been answered in theory. However no one has been able to observe them in motion.

Our third day we reprieved previous hikes up the Dunes, into Mosaic Canyon, and toured the remains of one of the borax processing places. The Shoshone taco shop was closed; the Shoshone have occupied the Valley for centuries, descending from four distinct cultures who left behind petroglyphs. In the Visitor Center, I marveled over a ceremonial Shoshone sash fashioned entirely of bright red flicker feathers.

Of fauna there are plenty, but in the vast ranges of the Park, rarely seen. The exception are coyotes who 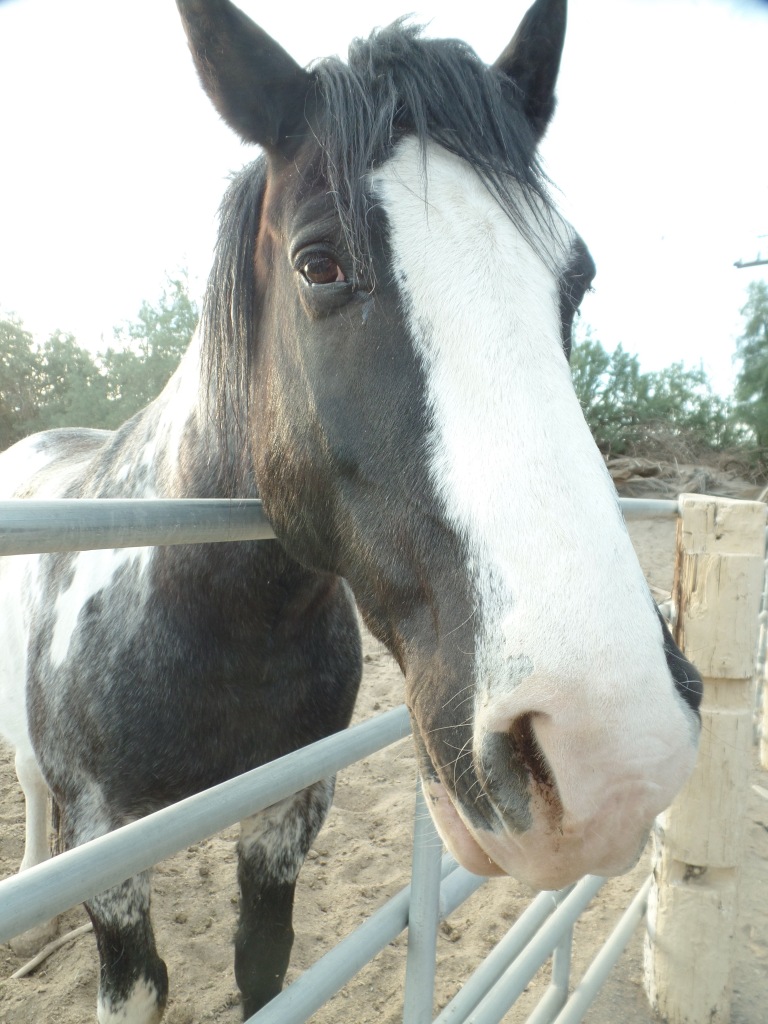 regularly travel through the golf course at dusk, looking for tasty bits of whatever. I’d give a lot to see a one of the wild burros. But a wish for horse-flesh was partially satisfied when we visited the Furnace Creek stables, followed by a final salute to Zabriskie.

This season in Death Valley there was no desert “super” bloom. (we lucked into one on an earlier trip). Our only flower viewing was provided by the rare desert sunflower (much smaller than our hybrid ones); eager photographers surrounded two bright shrubs on the road to Salt Creek. These flowers are rare to see on the desert floor. They prefer the upper reaches of the mountains. When I got home to Oregon the narcissus had opened and even more hellebores poked up their lazy heads—our own little early spring super bloom.

1 thought on “A Little Trip Away”