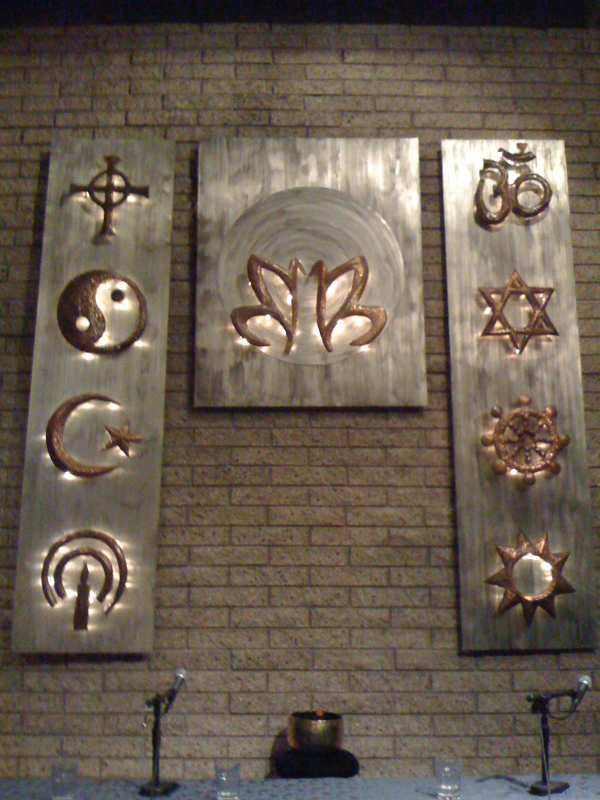 I occasionally take part in conferences and conventions that feature extended Q&A sessions on a particular facet of writing speculative fiction. This series of articles features questions raised at an online Catholic Writers’ Conference. I am not, myself, Catholic, but the conference planners thought it would be beneficial to have writers of other faiths participate.

I am a Baha’i. I have been a Bahá’í since I was nineteen. I came into the Bahá’í Faith from a Christian background that was either non-denominational or multi-denominational, depending on how you look at it. I was raised with the basic dictum: If it’s not in the scriptures, it shouldn’t be in the doctrine. My mother was especially insistent that I be able to think analytically and clearly about matters of faith, which I supposed disposed me quite well to a faith that teaches the independent investigation of truth as a cardinal tenet.

Here, without further ado, is the first question I fielded in my Q&A session on writing about religion.

Q: What factors do you take into account when projecting an established religion into the future or onto a fantasy world?

Chiefly, I look at the state of the world I’m projecting into. What do I posit has happened to the religion and the world between now and then?

Let’s say I’m setting a story on Mars in 2212. What I project from current realities might influence what religious beliefs are represented among the pioneers. Will Zen Buddhists line up to go to Mars because they feel a venture fraught with such danger and tension will need the balance of Buddhist principles? What will the Catholic Church think of a Mars mission? Will the Pope encourage believers to go or exhort them to stay home? And what will Catholicism (or any other religion) look like in 2212? Will there have been a worldwide revival that gives birth to a more actively evangelizing form of Catholicism, or Buddhism, or …?

Will there be sects that believe that leaving the planet means leaving God?

If you add the potential of alien converts to the mix, what happens when evangelists of different stripes arrive on the planet at the same time? Will there be competition — maybe even war? A new spirit of ecumenism? A blending of religious ideas? You might posit that these different religious groups are at war (at least ideologically) until a calamity forces them to unite and cooperate.

As you can see, asking those types of questions can yield some really interesting ideas for your story and might even form the backbone of a multi-faceted plot.

PrevPreviousBVC Announces The Girlfriends of Dorian Gray and Other Stories by Gregory Frost
Next1917: Getting Down and Dirty (in the Garden)Next