The Unnamed Narrator and Jane 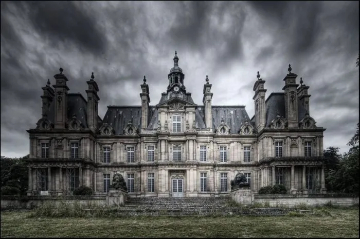 One,a dead wife, and one a living wife who is insane.

Jane and du Maurier’s never-named heroine are both orphans—both tales are told from first person points-of-view—and rootless. Jane teaches at the same orphanage she was sentenced to as a child with a forthright tongue who is grossly misunderstood by her guardian, and Maxim de Winter’s second wife drifts on the edges of glamor as the paid companion of a wealthy matron.

The two men who turn their lives upside-down are by all appearances well-travelled, rich, single and troubled. Edward Rochester of Thornfield Hall and Maxim de Winter of Manderly both are edgy, bitter and appear to become entranced by these two young women, Maxim seeking welcome escape from memories of his former marriage and Edward seeking escape from everything. They are worldly men and the women know nothing of the world. All that recommends them are a sort of freshness. Jane’s clear, unwavering life-opinions and Mrs. de Winters’ innocent guile are tonics to two men who have been horribly disappointed in love.

The dramas unfold in the setting of isolated country estates that, in the end, burn to the ground. The lovers are torn apart by Edward’s and Maxim’s terrible deeds. That these two couples love each other is expressed clearly by du Maurier and Bronte, but the journey to happiness is long and costly. Both heroines approach death and escape. For both heroines, love conquers all.

Both women exemplify naiveté cloaking deep courage. They find within themselves—especially Mrs. de Winter, as Jane is clearly brave—a steely strength. Both men personify the Byronic hero, “That man of loneliness and mystery, Scarce seen to smile, and seldom heard to sigh”. This pairing is surely a classic trope that readers never tire of, especially female readers.

Both novels are timeless, the story told over and over in various settings by many authors. Easily Jane Eyre has been reproduced on film and video more than a dozen times, and Rebecca at least half as often.

Bonus question, dear reader. Which versions are your favorites? Mine are Ruth Wilson’s Jane and Toby Stephens’ Rochester, BBC, 2006 and Joanna David’s Mrs. de Winter and Jeremy Brett’s Maxim, BBC, 1979 (nearly impossible to find). This is not to mention Alfred Hitchcock’s 1940 Rebecca and Jane Eyre, (1943, director Robert Stevenson—see it if only to catch a glimpse of Elizabeth Taylor as Helen)—both staring Joan Fontaine. Oh, and Laurence Olivier and Orson Wells respectively.

It’s interesting that literature experts classify heroes of such works a as the Byronic hero, but is there such a description for the Janes and Mrs de Winters? A Bronte heroine? A du Maurier naif?

What term would you choose?

1 thought on “The Unnamed Narrator and Jane”