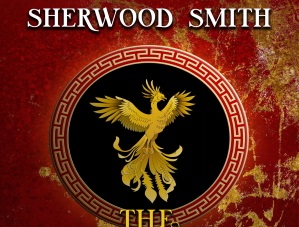 “Wow! Amazing!” I have to say upon finishing Sherwood Smith’s epic fantasy 4-book series: Fledglings, Redbark, Firebolt, and Dragon and Phoenix. I have not been a regular reader of the genre, aside from George R.R. Martin’s equally amazing A Song of Ice and Fire series (Game of Thrones and the rest). But when I was lucky enough to become an early reader of Smith’s Chinese-flavored series and other novels, I quickly became a fan. Her fantasy worlds are peopled by complex characters facing believable and gripping crises both personal and empire-threatening. The political pressures and machinations of her kingdoms and their rulers, and the responses of common folk, could be jumping out of today’s news (but in a much more entertaining way and with hope for some happy outcomes). Add the wealth of detail and exciting action scenes…. Wow, again!

“Inspired by the great Chinese epics such as Water Margin and Dream of Red Chamber as well as wuxia and xuanhuan series such as Nirvana in Fire and Joy of Life, the four volumes of this story sweep from the imperial military academy to wandering martial artists, from the poetic philosophizing of imperial courtiers to the everyday affairs of an innkeeper—and from the human world to the realm of the transcendent, before racing to a triumphant close.” 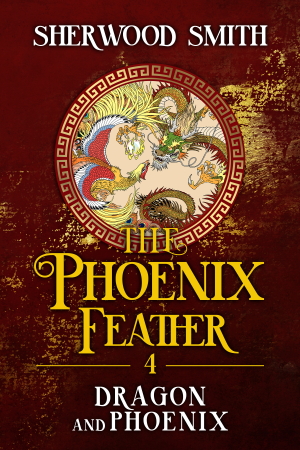 I’m not familiar with the conventions of Chinese epics, which Smith has studied extensively, but I learned that she was adapting some of those tropes and storytelling rhythms to a new epic fantasy structure. She has succeeded in creating a brilliant saga.

The story involves a large cast of characters from the lowly laborer to the ruling imperial family of a sprawling kingdom of islands. We first meet “Mouse” (Ari/Ryu/Firebolt in various roles) as a high-spirited young village girl who yearns for heroic adventure and refuses to settle for girlish pursuits. She has learned martials arts, along with her older brother Muin, from her father, as well as rudimentary training in the use of Essence from her mother. Essence – a mystical energy that may be used or misused by the gifted – plays an important part in the unfolding dangers and challenges to the welfare of all. Including her middle brother, the sensitive and artistically gifted Yskanda, the entire family has been hiding in a remote village for years due to a royal vendetta against the parents. But they have been blessed with the mysterious gift of a phoenix feather hinting at a special fate for the family.

Events in the first novel, Fledglings, rev up as the siblings leave their village “nest” for military or artistic training. We follow them through the series as they mature through their teens into young adults facing challenges from passing as boy in Mouse’s case, to becoming an artist-prisoner in a silken palace cage for Yskanda, to climbing military ranks for Muin. We also meet a prince who is understandably reluctant to succeed to the throne, after witnessing his emperor father trapped in deadly imperial-family intrigues and restrictive protocols. I’m trying to avoid spoilers here, but I found that by the end of the series, I had developed quite an emotional attachment to the major characters, and really cared about how they’d come through their many trials. When they lived moments of rapture or sadness, I was there with them.

Add land and sea battles, heroic rescues, beautifully lyrical passages of nature and spirituality, and more than a smidgen of magic, and you may lose sleep as you’re compelled to read just one more chapter…. 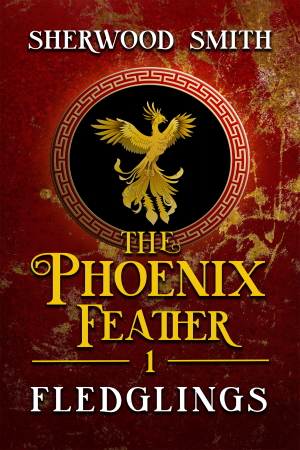 Good news: The first two novels in the series are on discount for a limited time at www.bookviewcafe.com, so don’t wait!

You will find The Rambling Writer’s blog posts here every Saturday. Sara’s latest novel from Book View Café is Pause, a First Place winner of the Chanticleer Somerset Award and an International Pulpwood Queens Book Club selection. “A must-read novel about friendship, love, and killer hot flashes.” (Mindy Klasky).  Sign up for her quarterly email newsletter at www.sarastamey.com 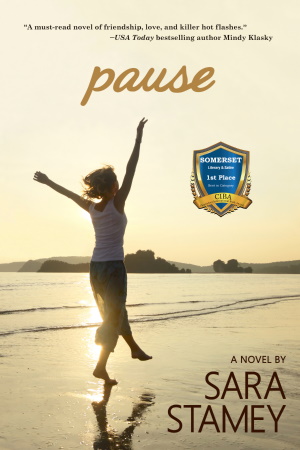