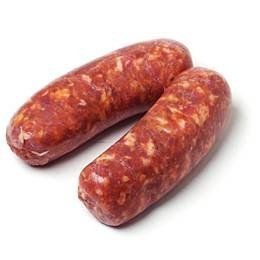 Well, that didn’t work. I tried adapting a recipe yesterday and it was a total frost.

Normally I do this:

I throw all that into a casserole, cover it, and put it in the oven for an hour at 325 degrees. Then, when it’s done, I slice up the sausage links into bites and return them to the casserole.

The result is a great side dish for a pot luck, or a solid meal for two with leftovers. The grains are chewy and smoky and savory and salty, with just enough sausage grease mixed in to flavor them, and there’s just enough meat to make you feel virtuous about your protein intake. It reheats well, too. Add it to tacos, re-fry it a bit and throw it in scrambled eggs. It’s very versatile.

But. Yesterday I was feeling creative. You know how that goes. I used barley, sweet sticky rice (like for sushi), and brown rice. Also, I had no Italian sausage but I did have two smoked ham hocks that had been frosting over in the freezer for goodness knows how long. I cooked ‘em the same way, using plain water.

This did not work out. It turns out sushi rice is a very persnickety substance. Also, the ham hocks have a simpler flavor, and maybe they were kind of old and stale. The result is greasy without being tasty, and the grains, instead of coming out smoky and chewy, are a weird texture, both gluey and lumpy.

Memo to self: Don’t fix a recipe if it ain’t broke.