“The world is woven of secrets.”

Ritual magic mixes dangerously with wild magic. Yet Alfreda Sorensson’s talent has grown until she becomes a target for worldly and unworldly powers. Now, to save her soul, she must leave her pioneer home in the Michigan Territory to take refuge at an elite New York school, where her wild magic places her in direct conflict with the ritual taught to young Americans and Europeans.

Alfreda suspects that half the professors may not be human at Windward Academy. It’s a curious place, a last chance for students who can’t control their powers, and a place where everything is a test, in one way or another.

At first Alfreda thinks her greatest challenge will be mastering ritual. Then she learns that traitors have infiltrated the school–and the new nation. War looms between the United States and England, and Alfreda answers the call. Only after she spies her way into an enemy magician’s estate does she learn the true challenge of her own power–

Because when dark magic finds her, she’s utterly on her own.

Spiral paths are symbols of transformation, the root of magic. Whether you solve the labyrinth or wind up in an unexpected place, you are changed.

Esme Livingston’s school for mages in New York City has two such spiral paths. Allie is at last enrolled and starting a new path for her life. Some places, she will lead and others she will follow. But, in all, she will learn.

Every book in the Kindred Rites series has had me racing for the end and wishing for more. Spiral Path is no exception. Some characters become old friends quickly. In this latest addition, we’ll make some new friends and re-acquaint ourselves with some old ones.

It is said among folk of different gifts—those who cannot straddle the worlds—that when a wizard is born, the very church bells announce the blessed event.

Practitioners know better than that.

Gifts are not so easily recognized, and how they reveal themselves is tricky. Shifting wind might announce the birth of an Air child. We see a sudden thunderstorm for Water children, a ghost for a Medium…a plant blooming out of season for an Earth babe. Even attracting a Good Friend, a friendly spirit that aids the practice of magic, can show magical potential. It’s more like that, and if the child’s future power is great, the sign can be felt from many miles away.

Occasionally—such as during the birth of my sister Elizabeth—the wall between worlds rips open and the mysteries drop into your arms.

From the first labor pain to her last ancient breath, my sister Elizabeth was a surprise. She always looked so normal, so agreeable, so docile . . . and then her gift seized her by the throat, and you fell back before the terror of it all. Momma wasn’t due until the month of Flowers, but when my kinswoman Marta and I arrived from the south, worn thin with winter travel, the fact that it was a month early mattered not at all. Marta laid her practiced hands upon my mother and announced: It’s true labor.

Suddenly the household was in a tizzy. Marta was my teacher in the Wise Arts, and healthy babies were her life. She set Papa on the road to fetch Aunt Dagmar from Sun-Return, the boys to tending the animals and trap lines, and me to scrubbing clothes and grinding herbs. Momma hadn’t spoken about where we’d been; she’d just hugged me and said, “Alfreda, child, thank God you are safe.”

Papa had given lots of thought to his own home, and had anchored our log cabin with a huge chimney open on two sides. We had a great central fire that allowed cooking in the kitchen and warmth and company for the main living area. This island of light in the midst of organized labor saved us wood and made the flow of people much easier to manage.

Three months ago, about when I was kidnapped from Marta’s home, Papa and the boys built another room of our house. This small room was next to the main room, and larger than the stillroom off the kitchen. There would be a chimney when this became our parlor, Papa told us, but not yet. For now, Marta and I would carry hot water and bricks to Momma in this snug little room while she had her baby on the birthing mattress Papa made.

Aunt Dagmar arrived and took over the kitchen, and I took up the spinning wheel, so we were ready for Momma’s confinement. Momma’s oldest sister didn’t always approve of me—I was much too outspoken for her, plus she was a tad jealous of Momma having the only wizardly child in the current generation—but while Momma was lying in, we called a truce. I complimented Aunt Dagmar on her cooking (which was very good) and she exclaimed over my thin, fine wool thread and tight weaving. Momma was pleased to have peace in her house, and Marta merely smiled and held her tongue.

This was Momma’s seventh baby to go almost the full time, and the more you had, the less time you spent in labor. Usually. Elizabeth’s birth was different. Fortunately we’d made it back in time—I shudder to think of Aunt Dagmar delivering Elizabeth by herself. Of course we weren’t supposed to know that Momma and Papa had decided on “Elizabeth” as the name for a girl. But the universe had already whispered it to me, long ago. I had seen Elizabeth standing by my side as I looked into a dark mirror one night. She had Momma’s dainty form and dark hair, and a shy smile all her own. My reflected self could have passed for Marta in her youth. Tall and golden like my father, I represented the Norwegian side of this Sorensson family, while Elizabeth looked very Irish.

As time crawled on, pressure built throughout our big log home. Elizabeth took her time arriving. It wasn’t until the second day of slow, intermittent labor that things fell into a rhythm. The boys went up to the loft room or tended stock, which kept them busy. As Momma paced, Marta carded wool, and I worked at the huge spinning wheel before the fireplace in the living room. In the kitchen Aunt Dagmar cooked and talked non-stop, but Papa sat and kept her company—and away from Momma, Marta and me.

Momma knew why we’d come from the south. A family of sorcerers had taken me down to the Indiana Territory for “who knew what reason.” But Momma feared the dark on the other side, and had quit training in the Mysteries after she learned herb lore. We didn’t tell her anything about how we bested the sorcerers of Hudson-on-the-Bend. I do not know if she suspected there had been a battle, or thought Marta, Cousin Cory, and Shaw Kristinsson simply took me back from those who had kidnapped me. I was alive, healthy (if thin) and not throwing up, so I wasn’t pregnant. I was back with kin—nothing else mattered.

We were very practical people, back then.

What of Shaw Kristinsson, you might ask, from my own village of Sun-Return, fifteen year old son of a blacksmith and an innkeeper? I suspected he was a shape shifter, like his parents before him. Now I knew he was an apprentice practitioner, and believed he was my friend. He’d come with Marta, Cousin Cory, and old Joseph to rescue me. Shaw had stopped talking to me for a while in there, his shyness overcoming him. I wasn’t even a woman grown, and yet he was always looking at me and blushing.

But five days into our trip home, our tales of Hudson-on-the-Bend spent, Shaw had finally begun to talk to me again.

He’d started by handing me a letter he’d written to me.

He had words…he just had trouble getting them out to my face.

“You did just fine, Allie,” was where he began.

Those words had meant the world to me.

Momma’s voice filtered into my thoughts. “I tell you, Marta, this doesn’t get—” A contraction folded Momma over in the midst of her pacing around the kitchen and living room.

“Breathe, Garda,” Marta said, moving to the table. “Slow and deep; try to keep your shoulders down.” Marta just stood there, tall and straight as an ash tree, hands on Momma’s shoulders. Momma’s face eased, and I wondered if Marta had used a small magic, or just the power of her presence. “Let’s check how far along things are.” Bending her fair head over Momma’s dark one, she walked my mother back to the new parlor room and the birthing bed.

In moments Marta peered around the doorway. “Allie, come bring the linens, quickly.”

I rushed to get the towels, which were warm and wrapped around a pot of coals. By the time I was across the main room and into the parlor, Marta was holding Momma’s hands through another contraction. Elizabeth was coming soon? I glanced at Marta and then went down to the foot of the bed.

Papa had made a long mattress, so the baby would come out on solid padding. I felt a bit shy about helping my mother with a new baby, but I’d helped others before—Lord and Lady, I’d delivered twins! So I checked—

Pressure hit me in the face, like rising steam or opening the door to an oven. It was magic, not real heat, so I just ignored it. “Marta, I can see her!” Oops—I wasn’t supposed to know the sex yet. As the top of her head peeked out, I set my fingers lightly on her hair to make sure she didn’t come out too fa—

Heat seared my fingertips, roaring up my arm as if I had run up to a solstice fire on a cold winter’s night. I could see nothing but flames, the mass heaving like a cauldron of molten sugar. Shiny black and golden flames. The vision was much like a bright bed of coals. The baby was coming out fast, so fast—

Allie, catch her! The mental words rang out like a command.

Blinded by the blazing light, I fumbled to seize hold of little Elizabeth, cursing my gift and praying I wouldn’t somehow fail and hurt my mother or sister.

Earth heaved beneath my feet, trying to throw me to the ground. I could no longer separate magic from Now. The stench was awful, then choking, the rain of ash burning. I held on to the baby and leaned into the plump mattress, trying to flatten us into the softness of herbs and husks, trying to keep us from sliding off the face of a mountain—

And then the top of the mountain blew off.

Be the first to review “Spiral Path” Cancel reply 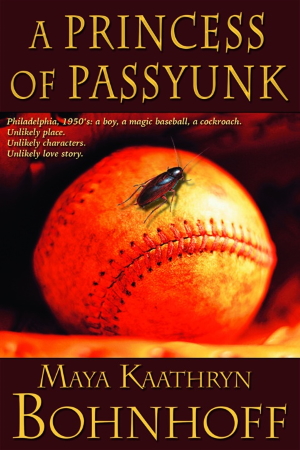 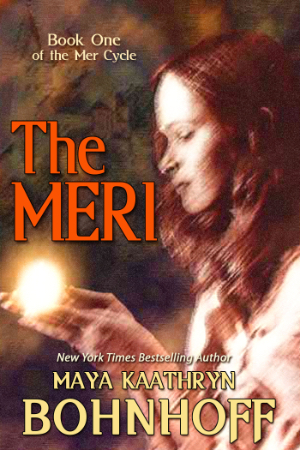