In a violent new America infested with disease and mutated creatures, Michael, an eleven-year old orphan, and Jacki, a sophisticated, intelligent, articulate elephant, set out on a journey of discovery and survival through the post-apocalyptic ruins.

It means facing out of control agribots, bioengineered lily pads, crocodiles, and bad men with guns.

Unkle Ned didn’t make it. The Long Botom Boyz got him. They almost got me too. But he sent me out the back way. For minit it looked he mite get throo the fire fite but the Boyz tossed in a grenade. Nuthing but corps fungus food after that.

I got away when the Boyz went inside.

I no you didn’t like him much. But now Im on my own. Im thinking the zoo. Its not much of a chans but it is sumthing.

I will rite again if I get in.

The Long Bottom Boys had taken over the gate of the Saint Louis Zoo from Nature Phil’s gang. London Bob had killed, and eaten, Nature Phil in single combat. That pretty much constituted possession. The Zoo Keepers didn’t mind what anybody did as long as they kept it off the grounds. So, the Boys waited outside to harvest anyone who came out or went in. All they had to do was wait. There weren’t many people left in Saint Louis, but eventually somebody was always drawn to the sight of all that meat on the hoof, nothing protecting it from consumption save a hundred feet of empty air and invisible, lethal, automated weaponry. People went in just to look at it and drool.

Michael knew the Boys’ plans. He and Ned had always worked around them. Michael had been watching them furtively on his own for a week: hiding in places no adult could go, leaving no traces they could see. The Boys had caught a woman a few days ago and a man last night. They were still passing the woman around. What was left of the man was turning on the spit over on Grand, thoroughly purified by the mutterings of the Boys’ own priest.

Michael sniffed the air. A rank odor mixed with a smell like maple syrup. Corpse fungus at the fruiting stage. Somewhere nearby there was a collection of mushrooms that yesterday had been the body of a human being. Michael wondered if it was someone who had spoiled before the Boys had got to them or if it was the last inedible remnants of the man on the spit. By morning there would be little more than a thin mound of soil to show where the meat and bone had been.

The gates of the Zoo unlocked with the winter dawn. The Boy guarding this gate remained asleep. Michael held his backpack tightly to his chest so he made no sound. The man started in his sleep. Michael picked up a loose brick from the road as a contingency plan.

Michael stepped silently past the guard. Ned would have told him to use a knife, but he’d have to be right on target with a knife to kill the guard. Through the eye or the throat. Even then, it might take the guard one loud moment to die. Better to hit him hard as he could with the brick. It might or might not kill him, but Michael was pretty sure it would leave the guard unconscious. Then, Michael could kill him off quickly. Just hurting him or knocking him out wouldn’t be enough. The Boys might figure out what happened from a corpse, but they’d know after talking with a witness. So far Michael had been lucky: the Boys didn’t know about him. They thought Ned had worked alone.

It didn’t matter. The best thing to do was to creep past the guard and get into the zoo without the guard ever knowing.

The guard turned in his sleep.

Michael stopped. He watched the guard carefully. Wondered if this guard had been part of the firefight that killed Ned. Michael held the brick high as he passed. But the guard didn’t move and then Michael was past him. Just as well. The only thing that got the Boys more riled than meat was revenge.

He stayed out of sight even past the gate. If the Boys knew he was here, they’d be ready at closing time when the Keepers pushed everyone outside. Michael had never been in the Zoo, but he was hoping a kid could find places to hide where an adult wouldn’t fit. Inside the Zoo was safe; outside the Zoo wasn’t. It was as simple as that.

Now, he was crouching in the bushes outside a paddock in the visitor’s viewing area looking for a place to hide.

She came outside, her great rounded ears and heavy circular feet, her wise eyes and long trunk. As she came down to the water, Michael held his breath and made himself as small as an eleven-year-old boy could be. Maybe she wouldn’t see him.

It was an elephant. Michael had never seen one except in books read to him by his mother, dead and distant in his memory. Now an elephant was right there in front of him. Huge. Magnificent. She glowed in the dim light.

Michael fell in love the moment he saw her.

Michael saw no one else but it was still early. The elephant was one of the last of the large animals. Her barn and paddock had to be the worst place to hide. He’d be found immediately. Everyone had probably tried this. Even so, when the elephant wandered out of sight down the hill, Michael sprang over the fence and ran silently to the barn, his backpack bouncing and throwing him off balance. Each moment he expected bullets to turn him into mush.

Inside, he quickly looked around and saw a loft filled with bales of hay hanging above the concrete floor. He climbed up the ladder and burrowed down. The hay poked through his shirt and pants and tickled his feet through the hole in his shoe. Carefully, through the backpack, he felt for his notebook. It was safe.

“I see you,” came a woman’s voice from below.

Something slapped the hay bale beside him and pulled it down. The ceiling light shone down on him. He looked down.

It was the elephant.

“You’re not going to hide up there,” she said.

Michael leaned over the edge. “Did you talk?”

“Get out of my stall.” She whipped her trunk up and grabbed him by the leg, dragging him off the edge.

“Hold it, Jackie.” A voice from the wall—a man’s voice, soft but firm.

Jackie held him over the ground. “You’re slipping, Ralph. I should have found his corpse outside hanging on the fence.” She brought the boy to her eyes and Michael knew she was thinking of smashing him to jelly on the concrete then and there.

“We all make mistakes,” said the wall.

“Should I toss him out or squish him? This is your job. Not mine.”

The moment stretched out. Michael stared at her. So scared he couldn’t breathe. So excited the elephant was right there, up close and in front of him, he couldn’t look away.

Slowly, reluctantly, she let him down. “Whatever.”

A Zoo Keeper came into the room from outside. Seven feet tall. Three metal arms with mounted cameras, each with their own gun barrel. The cameras followed both Jackie and Michael.

“Follow me.” This time the voice came from the robot.

Michael stared at Jackie for a moment. She snorted contemptuously and turned to go back outside.

“That one does,” said the Keeper.

‘‘Open your backpack,” the Keeper ordered.

Michael stared into the camera/gun barrel. He guessed it was too late to run. He opened the backpack and emptied it on the floor.

The Keeper separated the contents with one appendage while it kept the gun and camera pointed at him. ‘‘A loaf of bread. Two cans of tuna. A notebook. Several pens.” The lens on the camera staring to him whirred and elongated towards him. “Yours? You read and write?”

“Take back your things. You may call me Ralph, as she does,” said the Keeper as it turned and led him into an office.

“I try not to slaughter children if I can help it. I have some limited leeway in interpreting my authority.” The voice paused for a moment. “In the absence of a director, I’m in charge of the Zoo.”

Michael nodded. He stared around the room. He was still in shock at seeing a real, live elephant. The talking seemed kind of extra.

The Keeper remained outside the office and the voice resumed speaking from the ceiling.

Michael sat down. “How come you still have lights? The only places still lit up are the Zoo and the Cathedral.”

“I’m still able to negotiate with Union Electric. Not many places can guarantee fire safety.”

Michael had no clue what the voice was talking about. “It’s warm,” he said tentatively.

“With light comes heat. Now, what is your name?”

Michael looked around the room. “Eleven, I think.”

Michael shook his head. “I’m pretty sure I was six when my parents died. Uncle Ned took me in. I stayed with him for the last five years. The Long Bottom Boys killed him a week ago.”

“You have no surviving relatives?”

“Where do you live?”

He looked around the ceiling warily, then back to the Keeper. “I just hang around the park.”

“You have no place to stay?”

Michael looked around the room again. It was warm. There was clearly plenty to eat. None of the gangs were ever allowed inside. But where did they get the food for the animals? How come people weren’t allowed in at night? Maybe he was on the menu here, too.

“You will call me Ralph as I told you before. I will call you Michael except under specific circumstances when I will address you as ‘Assistant Director’. Do you understand?”

Michael stared at the ceiling. “What am I supposed to do?” 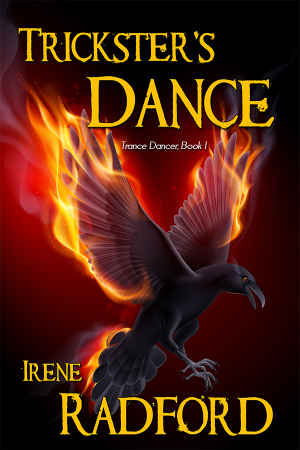 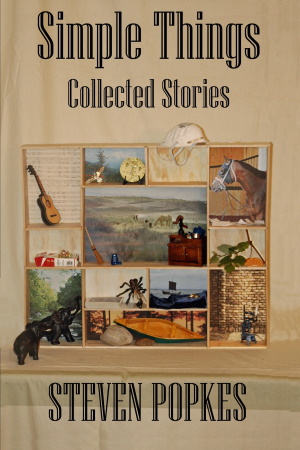 Simple Things, where stories are anything but simple 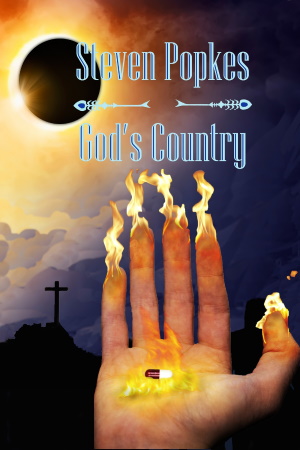 If God were a pill, would you take it?