It’s all groovy, mellow fun on the back-to-the-land commune…until the monster shows up.

Strange things begin happening on the back-to-the-land commune. Yet the adults, busy grooving out with easy drugs and free love, shrug off each tragedy. Only the ten-year-old Princess understands what’s really going on. A dark presence has emerged on the Land, and it seems that it speaks to her. Can she hold onto her tenuous influence over the presence long enough to save her family?

Once upon a time there was a Princess who lived in a little house in the deep dark woods. Her parents had moved to the little house in the deep dark woods after her father quit his job as an insurance salesman in the big city, started smoking pot, and became a hippie. The Princess’s mother became a hippie too. She took off her bra, and started sewing patchwork clothes and baking whole wheat bread from scratch. The parents moved to the country with all their cats, the Princess, and the Apricot Boy.

The deep dark woods, which all the grown-ups called the Land, might have seemed like a strange place for a Princess to live, but the Princess knew it was all right. Princesses had been living in deep dark woods since the beginning of time. Princesses had been kidnapped, hidden away, locked in closets, given as prizes in competitions, threatened by evil stepmothers, fed poisoned apples, trapped in tall towers with nothing to do but grow their hair, and otherwise challenged on their paths to achieving true glorious Princesshood. It was all part of the plan.

The Princess sat in the front meadow, cross-legged in the tall grass. Ants and earwigs and small grasshoppers and the occasional fuzzy caterpillar meandered across the ground, crawling up onto her toes, tickling them. She tried to see how long she could stand to let an ant walk across the top of her foot. Not very long.

Soon she stretched out her legs and lay back in the grass, staring up at the sky but careful not to look directly into the sun. She had been playing her little-village game earlier, but now she was tired of it. She had finished reading all her library books, and her mom had said they might go into town later, or maybe tomorrow, and then she could get some more. The Princess had long since read, reread, and re-reread the few books she owned, which she kept tucked away in the small niche upstairs that she called her room, at the corner of the loft. It was not a room at all, for there’s no such thing as separate rooms in a one-room house with a loft. The Princess’s nest, where she slept in a pile of blankets, was a funny little space carved out over what would be the bathroom if the A-frame had such a thing. But it didn’t. Instead, under the Princess’s nest was the sauna, with a specially built wood-burning stove upon which her parents had placed river rocks. The adults lit the fire, then sat in the sauna on one of the built-in redwood benches. When it got too hot, they ladled water over the river rocks, which made steam. The steam was good for the lungs, and the skin. It opened their pores or cleansed their chakras or whatever it was that saunas were supposed to do.

At the sound of a car engine, far down the highway, the Princess sat back up and turned around so that she could watch the curve of the driveway, where it emerged from the trees that lined the road. Maybe Dad was coming back from his trip into town. That would be good. If he brought the car back this early, and if he had forgotten something that Mom wanted, then maybe she would drive into town, and take the Princess, and they could go to the library.

The small county library didn’t have many books either. The Princess would often think she had read everything that the library had to offer in the children’s section. And the adult section, of course, was way too boring. But then she would be poking about anyway and would find something new. She had found Harriet the Spy that way, snatched the book up from the wire display rack, taken it home, and devoured it in a day. Only the greatest book ever written since the beginning of time!

Now the sound of the approaching car grew louder. Probably it was heading to the Morgan ranch next door—“next door”, three country miles down the road. Old Don Morgan drove past a few times a day, going into the big town or the little town, bumping his beat-up pickup truck over the cattle guard that separated the Land from his ranch. Morgan always gave a sort of dead-man’s wave whenever he passed anyone, opening his left hand slowly, then closing it again, his elbow never budging from where it was propped on the open truck window. He’d even wave at the hippies, who nobody else would acknowledge. “Nobody else” being the couple who owned the property a mile and a half on the other side of the Land, who were only up on weekends; and the family on the far side of them, with the foster kids who swam in the river all summer at their lousy, rocky swimming hole. It might have been nice for the Princess to get to know some other nearby kids, but the foster kids came and went, they didn’t go to the Princess’s school in the little town, and anyway, since everyone ignored the hippies, it was a moot point.

The Princess leaned forward, holding her bony ankles in her hands, listening to the car. Pickup truck, or Dodge Dart? Whatever it was, it was laboring slowly along the road. Was it turning? Was it?

Yes! It was coming up the driveway! Dad was home!

Be the first to review “Eel River” Cancel reply 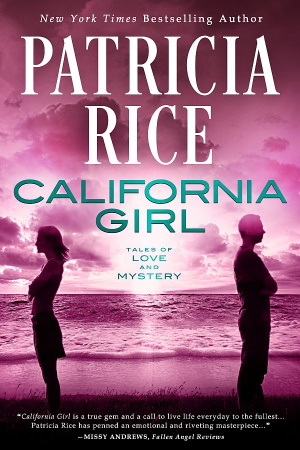