An Anthology of Hope

It’s time to send some GOOD energy out there into the world.

2020 wasn’t kind to any of us, was it? (And 2021 is off to a shaky start at best!) Pandemic, economic collapse, out-of-control wildfires the world-round, ice storms, murder hornets—and that’s without even discussing politics.

It’s time to send some good energy out there into the world. Good luck, good wishes, good magic, talismans and rituals and lucky charms—you name it, we’ve got it here.

BLACK-EYED PEAS ON NEW YEAR’S DAY is a multi-genre anthology focused on hope. Here you’ll find more than a double dozen tales—fantasy, science fiction, literary, even nonfiction—that will bring a smile to your face and some optimism to your heart.

After all, we’re all in this together. (Except the murder hornets. They’re not welcome here.)

Shannon Page is a Pacific Northwest editor. When she’s not editing, she can be found reading, writing, cooking, gardening, doing yoga, drinking wine—or some combination of those pastimes. She has no tattoos. Visit her at http://www.shannonpage.net.

At the Night Bazaar, by Sherri Woosley

This, this magical twilight hour before the Night Bazaar opens is Orphan’s favorite. Perhaps her favorite should be the hour before dawn when she wheels around scooping up the lost, forgotten, and discarded items that she collects to sell from her own tent, but no. Too much envy as she watches others leave through the golden portal, returning to their home worlds. To their loved ones. But Orphan has to wait. Someone—a parent, a family member, someone who has even a clue about who she is—could come to the Bazaar. So, instead, her favorite time is now, when hope is strongest. The sun’s rays refract off the many tents that spread in a makeshift city; the smells promise everything from funnel cakes to stuffed grape leaves, incense to ointments made on a faraway moon.

Snow falls. Something on the ground bunches under the white flakes, creating a small mound. Orphan unclips the grabber that hangs off her wheelchair and presses the lever to extend the plastic pincers, tightening on the mound and lifting it from the snow. Sodden tickets from a carnival game. She cradles the pile of tickets in her hands and closes her eyes, breathing in the smell of pulp released by the disintegrating paper. First, she recognizes the desire to win, then the fierce drive of competition, and finally an overall sense of good fortune from the previous owner. Orphan exhales and opens her eyes. The tickets, like everything that Orphan claims, have a faint glow. Now anyone can feel what she feels. Orphan doesn’t know if this ability to marry intangible to tangible is natural, maybe there is an entire world of people like her, but she suspects it is a by-product of living in the Bazaar. That she has developed an affinity for lost things because she is lost, maybe forgotten. Regardless, she adds the tickets to her bag. Perhaps this will be a lucky night.

From the far-off center of the Bazaar, the clock tower’s bells chime. Golden light appears in the shape of a large door. The Night Bazaar is open. Like the randomness of the Bazaar’s internal pathways, there is no schedule of portal connections, but Orphan clenches her hands into fists and hopes.

From her position in the main aisle, she watches the portal. It looks so easy when two women in bomber jackets and goggles step through the golden light, appearing from nothing. They are followed by a group of young mages in matching uniforms and the glowing badge that identifies each as an apprentice. More travelers pass before Talla, a handsome young woman with soulful eyes and a blue headscarf, appears. The blue complements her brown skin and dark eyes. Orphan waves in greeting, a smile breaking across her face.

Talla strides forward, an unfamiliar rucksack on her back, until she stops in front of Orphan. White flakes of snow sparkle on her headscarf and shoulders, on the soft cloth of her loose pants and tunic. Talla smells like the desert, or what Orphan imagines the desert to be like with wild wind and two scorching suns, shaggy animals with humps. Orphan has seen pictures at the art tent of Talla’s world and space ships and something called Victorian England, but she hasn’t experienced any of the possibilities outside of her imagination. She knows the Bazaar; it is home. But, maybe, a home shouldn’t be lonely.

“Salutations.” Talla bows and gives Orphan that half-smile she knows so well. “I’m glad to see you, but I can’t talk. I have to find someone.”

“Oh, but come with me first,” Orphan blurts out. “Chef’s macarons are right over here, best in the Bazaar.” Frantic that Talla will leave on her own errand after so many nights of waiting by the portal, Orphan grabs for her hand. “Please.”

Orphan drops her hand and wheels along the packed dirt path. The crowd is easy to navigate because most aren’t stopping to look yet. They want to get deeper into the labyrinth that is the Bazaar where paths change like gears in a machine and the only constant is the clock tower rising from the middle.

A sweet smell wafts on the breeze and then she is in front of the large pastry case of Chef Bisous’s stall. They are short, only as tall as Orphan in her chair, but their white hat reaches toward the darkening sky. “No, no, my friend. My macarons are not unwanted. Each is handmade.” They point to colorful rows of macarons. “Tonight we have gingerbread marscapone, mint chocolate chip, and raspberry with a cream filling made with a special ingredient from Callisto. Quite costly. No freebies for you, Orphan.”

Talla appears through the crowd and stands at Orphan’s shoulder. Giddy, Orphan’s eyes shine as she performs for her audience.

“I’m offended,” she says to Chef, although she isn’t. This is how the Bazaar works; bartering, slide scale of valuation, remembering what is foreign or precious to various cultures. Every night is different depending on when or where the portal opens. “Surely you have cookies that aren’t perfect. Not the right shape? Maybe a little burn on the bottom?”

“Now you’re talking.” Orphan speaks louder than she intended, wants to hurry before Talla leaves. She pulls the large bag that hangs off the side of her wheelchair onto her lap. “I have tickets to a carnival game tossed to the ground when there weren’t enough for a prize, a scarf with a pulled thread, and a dress bought for something called ‘homecoming dance’ that was too long.” Orphan reaches into the bag and hesitates over her treasures until the dress seems to hum. She holds up the dress. The tulle skirt has polka dots and the torso is silky.

“I’m sorry,” Talla says, but then she starts coughing.

Chef leans over the case and makes grabby hands, but Orphan holds it away. “At least three macarons. One of each flavor.”

“Too much for something no one else wants.” 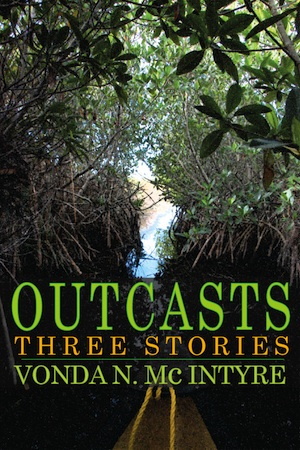 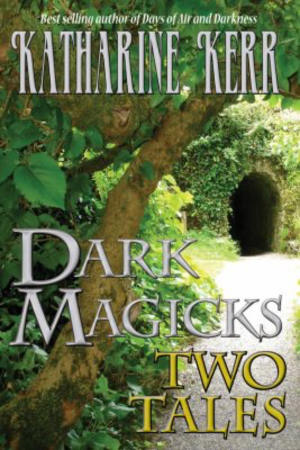