As Shadow, A Light

As Shadow, A Light

Sometimes the past does not let go.

Tenai is determined that no one will use her to break the fragile peace of her world, even if that means she must support and defend the son of her bitterest enemy. But set against four hundred years of fury and hatred, that determination may not be enough.

Daniel has come to know far more about Tenai’s adversaries than he ever wanted to — more than she knows herself. Forced into unwilling cooperation with these enemies, Daniel must find a way to defy their plans, protect his daughter, and help Tenai overcome the shadows of her past — before it’s too late.

This was a beautiful, enthralling series. The story reminds me of Patricia McKillip with the same lyrical, rich voice.
-Goodreads

Rachel Neumeier started writing in graduate school as a break from research, but years ago allowed her hobbies to take over her life. Along with writing both adult and young adult fantasy, she now gardens, cooks Indian food, breeds and shows Cavalier King Charles Spaniels, and occasionally finds time to read. Her young adult novel, The Floating Islands, was a Junior Library Guild selection and was selected by Kirkus Reviews as a best book of the year. Her most recent titles include Tuyo and the Death’s Lady series.

The pain was so strong, so intense, and so unexpected that when it hit, Jenna lost all thought and awareness. She did not know she was screaming; if she had known, she would not have tried to stop because the pain drove her past caring what impression she made or whom she frightened. She was not conscious of pain as a thing outside herself; she was not really conscious of herself as a person at all, with a past that went back before pain began and a future that might extend somewhere outside of pain. All that existed was pain and terror.

Then it was over. Jenna found herself limp on the paving stones, with a man’s broad shape bending over her and her head cushioned on his knee. She clung to him in mute desperation, shaking—she was crying like a baby and could not stop—the man was not her father. For a long moment, she didn’t know who he was. Then she knew, in a vague way. Emel, right, this was Emelan Terusai, whom Tenai had set to guard her. But she wanted her father. She tried to get up. Emel held her. He was saying something to her. She didn’t understand him, but there was an urgency to the way he held her that made her stop fighting him. She let him gather her up—he was very strong, big, his hands went almost all the way around her arms, she hadn’t realized before how strong he was. He set her on the edge of the fountain, and splashed her hands and face with the cold water.

“Emel,” she said. Tried to say. It came out in a cracked whisper. They had been in a garden. In Kinabana. At Keitah’s house in Kinabana, in Talasayan. She knew that. She remembered that. What had happened?

“Hush,” Emel was saying. He sounded upset. Well, she’d been hurt somehow. She didn’t remember how, but probably that had upset him. She was still shaking. The sun on the back of her neck felt strong enough to press her down to the stones again. The cold water helped. She rubbed her wet hands across her face. Was she still crying? She thought she wasn’t. She tried to speak. Where was her father? Her vision seemed uncertain. She peered around, looking for him.

“Hush,” Emel said again. “Hush. Nola Danyel is over there, with … with Terusai-e. Try to breathe a little more deeply. You are well. It is past.”

There was her father. With, right, Keitah Terusai-e. Jenna tried again to get to her feet. Again, Emel wouldn’t let her. She stared at him, at last feeling her wits jar sharply back to order.

There was no pain now. She couldn’t even remember what it had felt like. Just that it had been awful. But it was over, leaving her wrung out and exhausted, but fine. She was stiff all over. But basically she felt okay. And her father was talking to Keitah, over near the gate and now that her vision had cleared, she could see he didn’t look happy. He looked awful. He kept looking over at her, quick little glances like he didn’t dare take his eyes off Keitah for more than a second.

“Emel,” she said, and was startled at the fragility of her voice, “what happened? What happened to me?”

The man answered, his rough voice sounding strained, “Terusai-e put pain on you. It is something he can do. He does it sometimes to punish. This time … it is clearly Nola Danyel at whom Keitah strikes.”

Jenna stared at him. “Why?” That had been a stupid question. Pieces were falling into place, inescapably. “I guess we know now who the king’s enemy is. Not Niah. Obviously.” The young queen had struck Jenna as timid and sad from the first moment she’d met her. She’d immediately decided the suspicion that Niah might be working against her husband was ludicrous. But she sure hadn’t jumped from that to suspecting Keitah.

As far as she knew, no one had suspected Keitah Terusai-e. Not her father, not the king, definitely not Tenai, because there was no way Tenai would have sent Jenna and her father to Kinabana if she’d guessed. No way. He must have covered his tracks really well.

Jenna looked at her father again, where he stood with Keitah. She swallowed hard.

“Nolas-ai Keitah will be angry if you foul his fountain,” Emel said, his tone flat.

Jenna took this as simple advice and nodded. She hadn’t thought herself still so badly thrown by … the thing Keitah had done to her. The thing that … if he had done once, he might do another time. She swallowed again. “I thought we were immune to magic,” she said in a small voice. “Daddy and me.”

“Yes,” Emel agreed, his tone flat. “Save enchantment you accept freely. I think my brother may have offered you some small enchantment, a kindness, something you took willingly from him, from his hand …”

“The literacy spell.” It wasn’t a question. The second she thought of it, Jenna was sure. She’d thought that was just a kindness, offered because things had gotten so rushed and weird and Tenai hadn’t had the time or opportunity to do it. She hadn’t thought anything of it.

Keitah had worked that spell on both of them. On her father as well as Jenna herself. She stared across the garden. Her father looked all right … upset, scared, but all right. But who knew what Keitah had done to him? Or might do, later?

Emel rubbed a hand across his mouth. Then he dropped his hand and straightened his shoulders, bracing himself. “I failed you.”

That made Jenna look at him. “You didn’t. You weren’t there. You were … I think you must have been drilling with Keitah’s guardsmen that morning. My father thought it was all right—he said the king told him it was all right. He said that. He said Mitereh said Keitah could do the spell for us.”

She tried to stand up. It took her two tries, and even then she might not have made it except that Emel set a hand beneath her elbow. Jenna felt sick. Not from what Keitah had done to her, not from the pain. From … just everything.

As soon as she was steady, Emel let her go and answered, his tone bleak. “And so I failed you. Had I been standing at your back as I should have been, I would never have let you take enchantment from my brother’s hand.”

“No—I did not know, but I should have thought of the possibility there might be peril for you in such an offer—”

“Well, I don’t know why you should have been so special. If the king didn’t guess and Tenai didn’t and my father didn’t, why should you? You hadn’t been anywhere near your brother for ten years, Emel!”

He started to say something else, some kind of protest, but Jenna didn’t listen. She was staring at her father, who, as she watched, turned and walked away, quickly. Stiffly. Toward the gate, where horses were ready. Most of the men were already mounted and waiting. Her father didn’t even look at her. One swift glance, but then he looked away again and let one of the men hand him the reins of a horse and offer a knee to help him mount.

Her father rode away, out the gate and down the road and away, leaving Jenna behind, in this sunlit garden that no longer seemed at all peaceful or pleasant. She watched him go, feeling stunned in a way the pain alone had not produced.

Be the first to review “As Shadow, A Light” Cancel reply 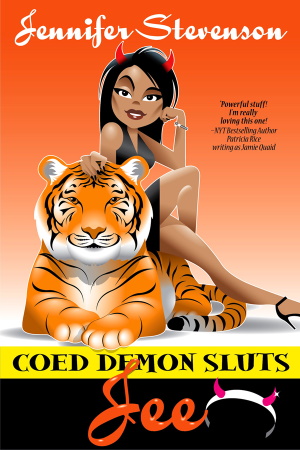 The second adventure in the Coed Demon Sluts series! 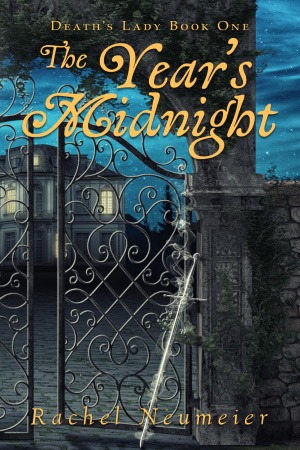 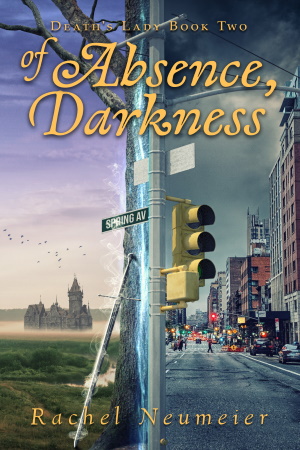