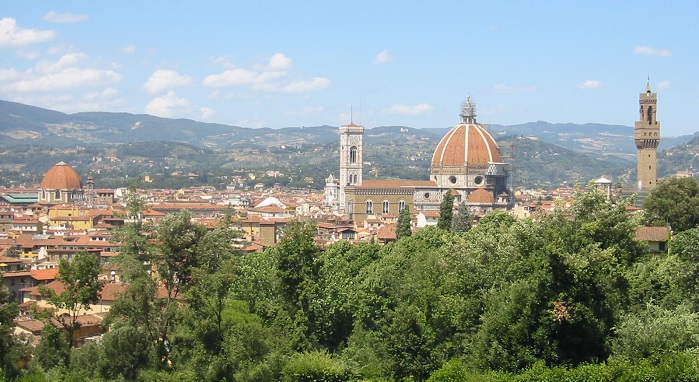 Your virtual Italy vacation continues and Thor and I visit the Florence Duomo and two versions of The Last Judgement.

NOTE: Since European travel is still tenuous with the pandemic continuing, I’m continuing my blog series offering a virtual vacation and time-travel to my first big trip with Thor in 2008. Italy! After starting with highlight photos posted here on Saturday, Jan. 30, I’ll now resume every week (after the blogging detour in real time to Hawaii). Join us in Rome, Florence, Cinque Terre, Venice, and Milan. Buon viaggio!

The Piazza del Duomo offers the monumental Cathedral of Santa Maria del Fiore, commonly called the Florence Duomo for the distinctive dome. The cathedral is the 4th largest Christian church in the world, and it is immense, able to hold 20,000 people inside. END_OF_DOCUMENT_TOKEN_TO_BE_REPLACED

I am a creature who lives stretched across time. I can remember vividly things that took place decades ago – down to conversations, the tone of voice in which they were had, the sound of remembered laughter. I am forever projecting into the future – my “panic now it saves time later” mantra has been the subject of much gentle mockery by all too many people who know me. The one thing I never mastered properly was arguably the most difficult one of all, the grasping of a single moment of existence and living in it fully and completely, in a way that makes that moment all that there is, was, ever will be. The most important sliver of time that could exist, the one that surrounds you RIGHT NOW, that matters RIGHT NOW, that is here now and never was here before or will be (or could be) ever again.

END_OF_DOCUMENT_TOKEN_TO_BE_REPLACED

Language doesn’t have to be spoken. We’ve discussed written languages before, in the context of books and literacy . . . but it’s also possible to communicate through the body, in ways far more complex than what we usually mean by the phrase “body language.”

We don’t have great evidence about the history of signed communication. Writing systems were mostly designed with an eye toward representing speech sounds, not gestures, and obviously the movements of the body don’t leave much physical evidence that archaeologists can dig up. And like low-prestige basilects, these methods have usually not attracted the kind of attention and respect that means someone will go to the effort of recording how they work.

END_OF_DOCUMENT_TOKEN_TO_BE_REPLACED

It’s always interesting to read the descriptions of beautiful women from past centuries and see how they might compare to today’s beauties. One of the common attributes often noted is their teeth: having white, even teeth was a definite attribute of especial attractiveness (Josephine, Napoleon’s first wife, was often cited as beautiful despite her bad teeth, which caused her to assume a close-mouth smile. However, Napoleon himself seems to have done a better job of taking care of his teeth–see his toothbrush at right!) Breath, too, was often cited, particularly when it was bad. So what did young women do to achieve these signs of beauty? END_OF_DOCUMENT_TOKEN_TO_BE_REPLACED

In every work of fiction, characters assume different levels of importance. There are vital, primary characters (the protagonist, the antagonist), secondary characters (companions, love interests, foils), and (to use film terminology) bit players, walk-ons, and extras.

I’ve read several manuscripts lately in which the writer gave a minor character a name and detailed back story only to kill them off half-a-page after introducing them. When I ask why, I’m often told, “I wanted him to be memorable.”

As writers, we want to make all of our characters memorable, but when we flesh a character out by naming him and telling the reader his life story, we’re asking the reader to invest emotional energy in the character that is wasted if he immediately buys a ticket to the hereafter. As readers, when we’re given details about a character’s personality and being we expect that knowledge to play into the story. When that expectation is thwarted, it causes us to disengage a bit.

How can you make a character memorable without overemphasizing their importance?

END_OF_DOCUMENT_TOKEN_TO_BE_REPLACED

Captivating the Countess
School of Magic 6
by Patricia Rice

Can a ghost help a marquess to save his father and captivate a countess?

END_OF_DOCUMENT_TOKEN_TO_BE_REPLACED

The fashion for murals in American cities is fairly recent. I don’t remember many when I was a girl. If you want brilliant color that will stand up to wind and weather you probably need modern technology. The Pacific Northwest seems to have a lot of public art of this type, and all of these examples are taken within a three block area of downtown Portland. This one is, clearly, very recent: the late Supreme Court Justice Ruth Bader Ginsburg, wearing a crown and rendered on the side of an apartment building. The Spanish beside her means “the struggle continues.”

END_OF_DOCUMENT_TOKEN_TO_BE_REPLACED

Is gluten-free cat litter a thing?

While browsing the Chewy.com website to read cat litter reviews—not something I normally do when bored, you understand—I saw this entry in the “ask questions” section. After a few muttered words of derision and mockery, I decided to dive deep into what, on the surface, appeared to be a new concern about the possible harm gluten may do to cats.

But my quick Google research showed me something else. One, there are a multitude of gluten-advice websites informing us that the gluten-intolerant can be exposed to the wheat protein (in some cat litters such as Swheat Scoop) by petting a cat who uses the box or inhaling particles while cleaning or replacing the litter. The University of Chicago School of Medicine counters this assumption by explaining that gluten must be ingested to cause symptoms, unless you work in a bakery where flour dust is rampant or, are a farm worker distributing feed to livestock, in which case oral contamination is possible.

END_OF_DOCUMENT_TOKEN_TO_BE_REPLACED 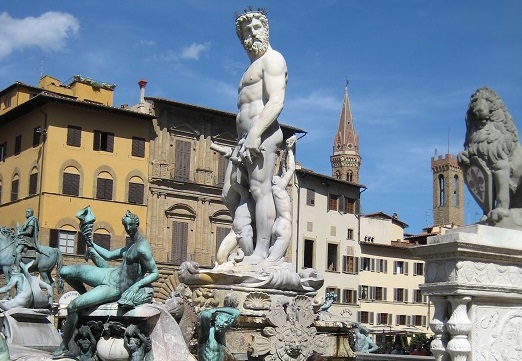 Your virtual Italy vacation continues as Thor and I admire the magnificent statuary in Florence’s “public living room.”

NOTE: Since European travel is still tenuous with the pandemic continuing, I’m continuing my blog series offering a virtual vacation and time-travel to my first big trip with Thor in 2008. Italy! After starting with highlight photos posted here on Saturday, Jan. 30, I’ll now resume every week (after the blogging detour in real time to Hawaii). Join us in Rome, Florence, Cinque Terre, Venice, and Milan. Buon viaggio!

I was eager to follow in the footsteps of Miss Honeychurch in “A Room with a View,” as she gazed in astonishment at the heroic nude statues crowding this central piazza where locals and tourists alike promenade. (If you haven’t seen the film, go forth and do so — wonderful characters and British humor abound.) The expansive square fronts the Palazza Vecchio/Palazza della Signoria, the town hall of the city built in the 14th century. Its Loggia dei Lanzi, with three wide archways open to the square, houses an amazing collection of heroic-sized sculptures. END_OF_DOCUMENT_TOKEN_TO_BE_REPLACED

Last week we talked about languages as if they’re distinct, clear-cut things.

That is very, very far from the truth.