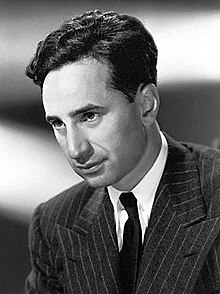 Elia Kazan’s The Last Tycoon is on TV as I write. The movie, filmed in 1976, is packed withvenerable actors, Jeanne Moreau, Robert Mitchum, Ray Milland, Tony Curtis, Dana Andrews. Angelica Huston and a young Teresa Russel—an under-appreciated gem of an actress—appear as daughters of this or that movie mogul. This mountain of talent does not lift the film above the status of cheesy mediocrity.

Robert De Niro stars in the role of Irving Thalberg, Monroe Stahr in the novel, and the titular hero. In 1941 Thalberg, a Hollywood producer, famously died at the age of 37 in the midst of an astonishing career. Despite fictional accounts, Thalberg did not collapse in his office, grasping his chest. On a vacation with his wife Norma Shearer, he contracted pneumonia and died. Thalberg, working first at Universal and later at MGM which he helped found with Mayer, produced dozens of literary movie hits such as The Good Earth, Mutiny on the Bounty (Gable version) and Grand Hotel. Thalberg nourished the careers of Gable, Garbo, Crawford and Jean Harlow, among many others.

Fitzgerald died at the age of 44 before his book The Last Tycoon was finished. A mainly self-supporting writer with limited success until after he died, Fitzgerald spent years at Hollywood partnering gossip columnist Sheila Graham and writing for pictures. Alcohol and a bad heart ended his life, just as Thalberg’s cardiac congenital anomaly ended his.

It appears that the Kazan film and the Amazon canceled series veer wildly from the original novel. I haven’t (yet) read the original book, but according to online summaries the narrator of the story is a young woman attached to 1930’s Hollywood because her father, (a thin personification of Louis B. Mayer) owns a studio. Cecelia appears in the film, TV and play versions as a side character, dipping in and out of scenes depending on her usefulness as a lovely nag with an ocean-sized crush on Stahr. In the summary of the original book online—the book was finished after Fitzgerald’s death by a personal friend and resurrected with a rewrite and new title in 1976—Fitzgerald combined Cecelia’s first person narrative with third person scenes. The pivotal plot line is Stahr’s obsession with his dead first wife and subsequently a woman who reminds him of her and whom he pursues.

Sheila Graham is an interesting character. Humble beginnings in Great Britain, success as a dancer and later reporter, divorce from an indifferent husband as she carried on numerous affairs, war correspondent and finally the notorious author of the Hollywood Today column. She had a knack for sniffing out scandal and translating it into titillating news. She fell instantly in love with Fitzgerald, with whom she kept house while he was married to his asylum dwelling wife, Zelda. Sheila, an accomplished reporter, made good money and achieved a level of independence that could not even be imagined by many women at the time. She was vilified and fictionalized in many films as the acerbic gossip columnist excelling in dripping sarcasm. A trivial aside. Kazan, De Niro, (obviously) Fitzgerald and Thalberg resemble one another in intriguing ways.