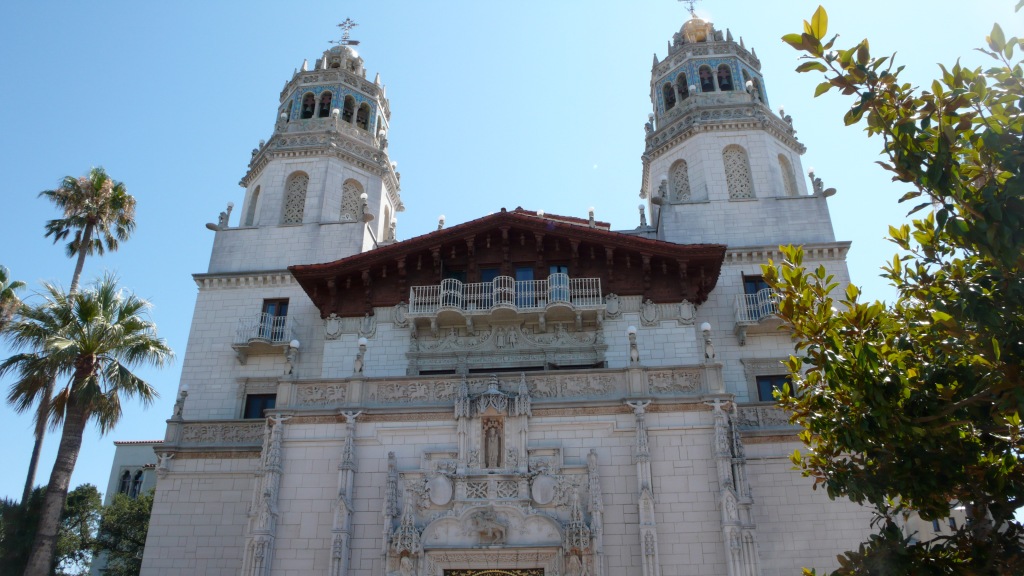 It took 38 years for architect Julia Morgan, working with William Randolph Hearst and others, to complete the construction of La Questa Encantada, (The Enchanted Hill), on a hillside near San Simeon. Located roughly half-way between Monterey and Santa Barbara, the Hearst San Simeon property covered 40,000 acres along the California Central Coast. Hearst, with fond memories of the location he inherited from his father and the site of memorable family camping trips, was determined to build his own private “castle”. Starting out as a “bungalow” because Hearst felt he was getting too old for camping, the project soon swelled to a sprawling Spanish Colonial Revival compound embellished with the Renaissance and Baroque flourishes that Hearst loved. Morgan was more than happy to oblige, as his wishes blended well with her preferred architectural style.

According to Wikipedia, “Hearst Castle has a total of 42 bedrooms, 61 bathrooms, 19 sitting rooms, 127 acres of gardens, indoor and outdoor swimming pools, tennis courts, a movie theater, an airfield and, during Hearst’s lifetime, the world’s largest private zoo.”  I believe it, because I’ve been there.

The husband and I drove from Seattle to San Clemente, where my mother-in-law lived. After spending time with her, we meandered back north along Highway 101 and met up with my sister and brother-in-law–who love touring big old houses as much as I do. While the husband lounged in the car with our dogs–not so much love of touring old houses there–we did the gardens and house with a guide. 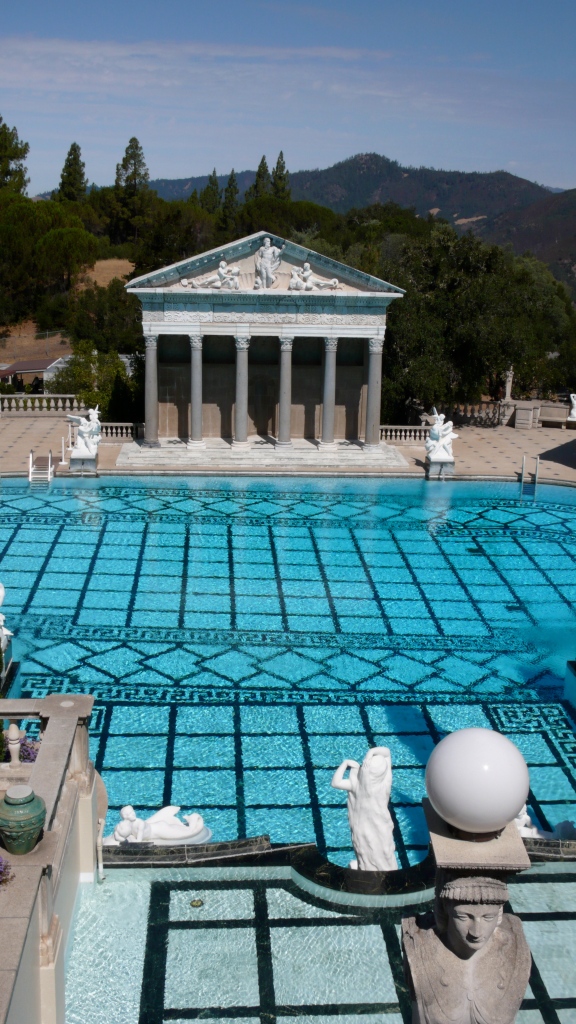 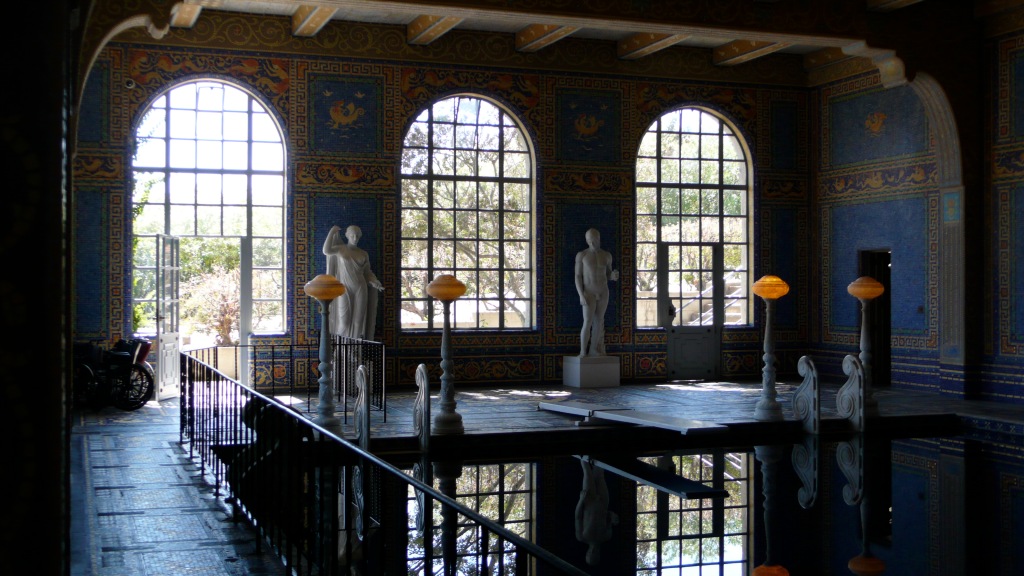 Indoor pool, one of many

An abundance of statuary 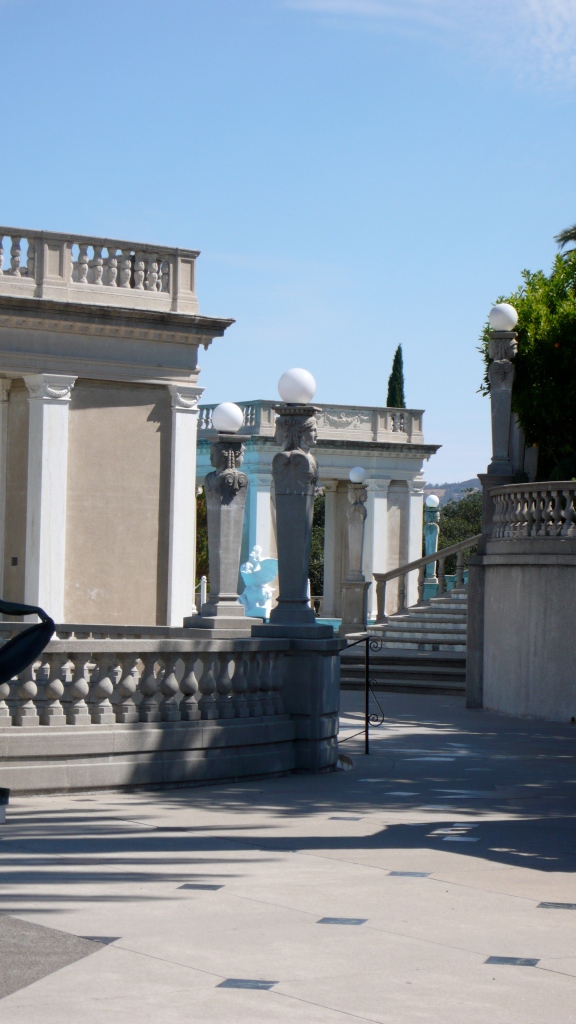 One of three elaborate guest houses

And as a bonus, below is the view from Nepenthe Hotel at Big Sur. 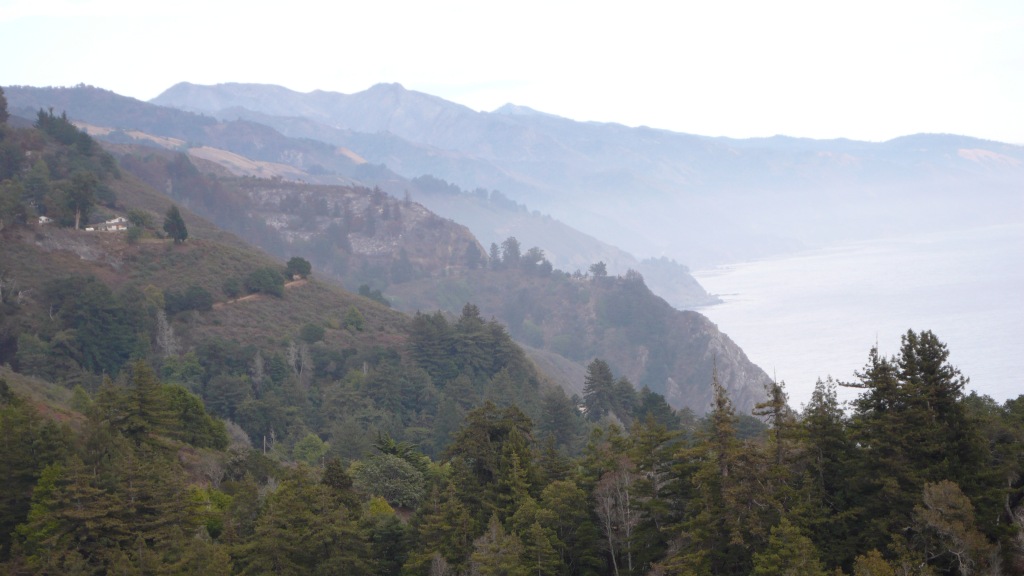