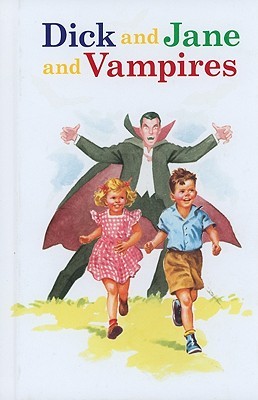 More often than I’d like to tell, I see manuscripts that read as if they were written for children, regardless of who the target audience is. Partly this is the result of what the writer chooses to tell the reader, partly it’s how the writer tells it.

“I am your new ambassador, Majesty,” announced Lord Roberto in his disguise.

What’s wrong with this perfectly grammatical set of sentences?

There’s nothing grammatically wrong with the paragraph, although “announced Lord Roberto in his disguise” makes it sound as if he’s saying the line up his sleeve. But it has other problems:

In most writing suffering from the “Dick & Jane Effect,” the characters rarely say anything. They shout, yell, bellow, scream, shriek, squeal, exclaim and cry their dialogue. The writer thinks he’s injecting excitement into the prose when, instead, he’s creating something that reads like those old beginning readers we had to slog through before we got to read something with a plot. (“See Spot run,” shouted Dick.)

Notice, too, that In these constructions, the verb (shouted, cried, squealed etc.) is often the only indication of heightened emotion. Nothing else in either the dialogue or the scenario hints at why Dick would shout his observation about Spot’s activities.

Often the character is uttering dialogue that is almost impossible to shout, squeal, or bellow: “I’m having a very difficult time controlling my temper today,” bellowed Roger.

How do you avoid Dick&Jane-isms?

I’d like to suggest two simple changes that should help a great deal:

Exercise: See if you can make the Sample Paragraph above sound like it belongs in an adult book of fiction. Embellish at will!