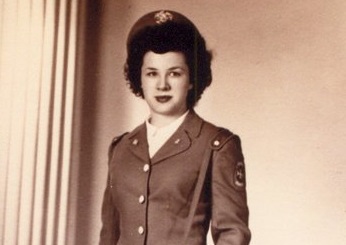 On Veterans Day, as we honor all who have served in the military, let’s look at the seldom-mentioned contributions of nurse cadets during WWII.

Because of a crisis shortage of qualified nurses during the World War II, a new program to train nurses was signed into law by Franklin D. Roosevelt in 1943. It provided free tuition to high school graduates to train as nurses. It’s worth noting that the program was unanimously passed by both the House and Senate, and the Senate added a provision that prevented discrimination against any candidate for the program due to race or creed. Perhaps our bitterly partisan U.S. Congress today could take a lesson from history.

The nurse cadets contributed to the war effort by studying in a concentrated course of nursing training, while also working full shifts at their affiliated hospitals. My mother, Helen (Weihe) Stamey, was enrolled in this program in her hometown of Bellingham, WA, which my sisters and I only recently learned. She had told us of working long hours at the hospital during the war, while completing her nursing training, but we didn’t know the name of the program. It was only last week that my cousin Karen found this photo of Mom in her uniform and sent it to me: 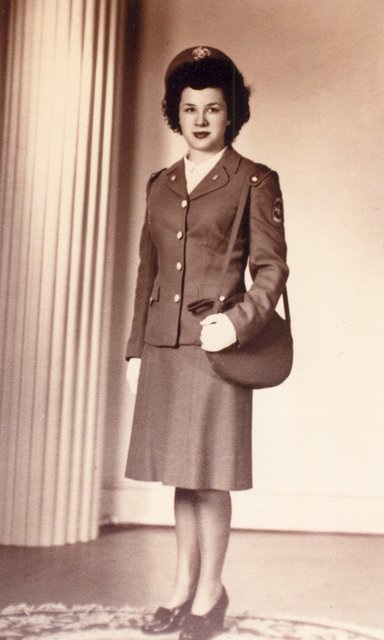 124,065 nurse cadets graduated from participating nursing schools. The American Hospital Association credited these graduates with helping prevent the collapse of civilian nursing in the U.S. during the war. Like many of her colleagues, Mom went on to have a full and dedicated career as a Registered Nurse, and took special training to open the first coronary care unit in our town hospital, as head nurse. She truly served her patients, caring for them as individuals, and would tell us stories of dramatic or funny events at the hospital. 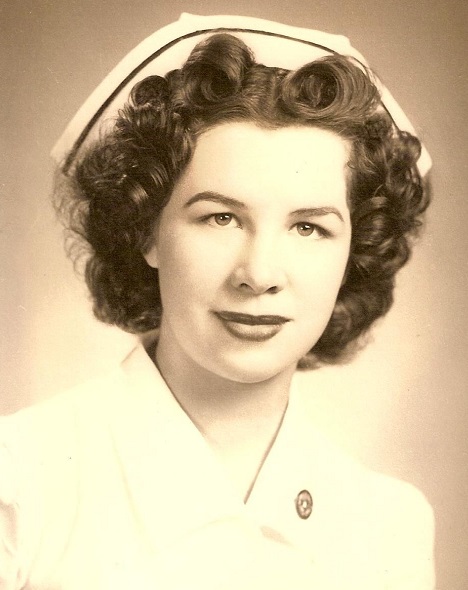 While Mom was working at the hospital at the end of the war, a Navy ship docked at the harbor in Bellingham, and some of the sailors answered a call to donate blood in an emergency. My dad, Neil Stamey, was sitting with his shirt off at the hospital, ready to donate, when Mom came in to take his blood. She fell for “the Georgia Peach,” and they soon married. Here’s a photo of Dad during his service on Fiji in the South Pacific, where he repaired airplanes damaged in battle. 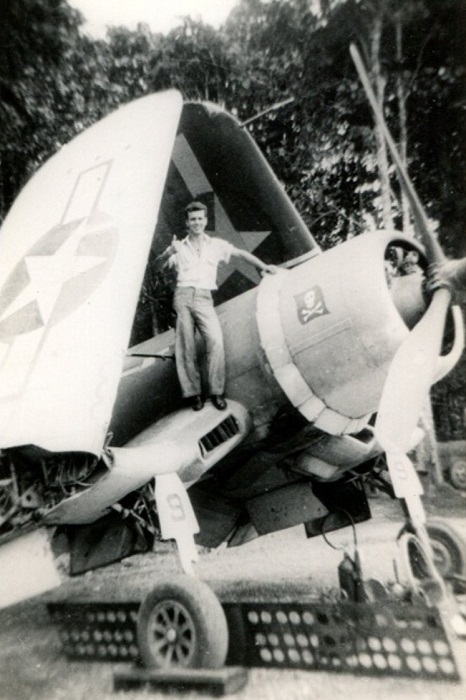 You will find The Rambling Writer’s blog posts here every Saturday. Sara’s latest novel from Book

View Café is available in print and ebook: The Ariadne Connection. It’s a near-future thriller set in the Greek islands. “Technology triggers a deadly new plague. Can a healer find the cure?”  The novel has received the Chanticleer Global Thriller Grand Prize and the Cygnus Award for Speculative Fiction. Sara has recently returned from another research trip in Greece and is back at work on the sequel, The Ariadne Disconnect. Sign up for her quarterly email newsletter at www.sarastamey.com