Over the course of doing research on 19th century vocabulary, I ran across a fascinating fact about one of the most common casual expressions in use in modern times—“okay”. Or should I say “OK”?

So where did OK come from?

There are dozens of explanations for its origin, some more far-fetched than others (no, it didn’t come from Aux Cayes, a port in Haiti known for its rum.) The generally-accepted view is that it originated in the United States.

It seems that in the late 1830s and ‘40s, there was a bit of a fad for creating comical abbreviations which began in Boston in 1838 and spread across the young country. Newspapers in Boston used expressions like “OFM” (Our Finest Men) for local bigwigs and abbreviations like “NG” and “SP” (that’s “no go” and “small potatoes”, respectively.)

And then there was OK, which first appeared in print in March 1839. It was the result of the abbreviation fad combined with a concurrent fad—that of comical mispellings. Abbreviated phrases like “KY” (“know yuse”—no use) and NS (“nuff said”—which expression is still around today) were common…as was OW “oll wright” (all right) and its cousin, OK (“oll korrect”). 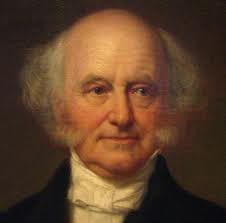 Like most fads, this one slipped into oblivion…except for OK, which for some reason caught on. Its use became widespread when it was adopted by Democratic supporters of presidential candidate Martin Van Buren as a name for their club—OK gained the additional meaning “Old Kinderhook”, the town in New York where Van Buren was born. Tammany toughs used it as their battle cry in street fights in New York City.

But Van Buren’s opponents could play that game too, and soon found unflattering meanings for OK, like “Out of Kash, Out of Kredit, and Out of Klothes” and “Orfully Konfused”, among others. It became something of a game for anti-Van Buren newspapers around the country to find new versions…and thus “OK” spread across the country.

Kind of puts our “LOL” and “OMG” into perspective, doesn’t it?