I went to see Birds of Prey last weekend, drawn by some good recommendations and the argument that it was really a feminist movie. And while I enjoyed bits and pieces of it — the fight scenes really were well-choreographed — I didn’t come away inspired.

Instead, I came away thinking that some of us are so desperate for movies about women who have agency and do great things that we latch onto anything that even looks like it might be doing that.

There were some good points made by those who know a lot more about movie-making than I do. One thing several reviewers have mentioned is that Birds of Prey didn’t frame the women in the same way most movies made by men (and even ones made by women who employ the same techniques) do. That is, it didn’t look at women through the male gaze, as others, as objects to be admired for their sexy bits as defined by men.

That was probably true. I haven’t seen The Joker or other movies made from this corner of DC Comics, so I don’t have a means of direct comparison, but the women in the movie did feel like whole people, at least as much as the story allowed them to be.

And it was a movie about women. The villain and his henchmen were male, but the movie wasn’t about them. Plus a key element of the plot was women breaking away from evil and outrageously misogynistic men.

I particularly liked the way that played out with Rosie Perez’s character, Detective Renee Montoya. The male cops she was working for or with were either stupid, scared, or on the take. In the end, if I understand the story right, she gives up on the system so she can really go after evil.

And they were all kick ass.

But it was still so damn little. After all, these are a bunch of secondary characters in the Batman universe (I think). And forgive me, but I find that universe boring. I’m glad these women sidekicks or whatever are breaking out, but I don’t expect their stories to go very far, especially since the movie isn’t making the huge bucks that other comic book movies are making (just moderately huge bucks).

I’m as desperate as anyone else for good strong women stories, so I keep getting suckered into these films. I loved Linda Hamilton in Terminator: Dark Fate, but damn, it wasn’t much of a movie. Mostly it was an excuse for CGI fight scenes.

The Last Jedi had a lot of good moments where women wielded quiet and competent power, but they didn’t really make up for all the other moments of hot shot guys breaking all the rules and getting away with it in Star Wars movies.

Captain Marvel did something lovely with gaslighting and her backstory was feminist, but superpowers always limit a story. I know I was bored to death for the first half hour or so.

And I hated Wonder Woman, except for the scenes with the Amazons at the beginning. Past that point, it barely passed the Bechdel test, and I’m very sure Alison Bechdel thinks it’s way past time we got better stories than that. That’s why she put that idea, which she got from a friend, in her “Dykes to Watch Out For” comic strip in the first place.

Of course, in real life we’ve got a woman who claims to be a feminist representing Harvey Weinstein and shredding the women testifying against him. She’s apparently of the “never happened to me so it must have been your fault” school of misogyny that some define as feminism.

And that’s relevant, because it has been the Weinsteins of the world that have blocked meaningful movies by and about women. 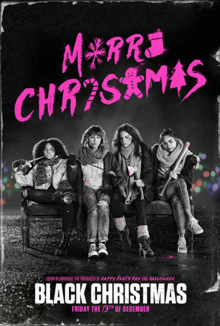 right. The women in that movie had agency and took action even though they weren’t superheroes of any kind. And they did it by banding together, rather than doing the “there can be only one” bit.

That’s one damn movie where I can watch the whole thing and nod in agreement instead of being satisfied with bits and pieces.

We’re doing a lot better with fiction than we are with movies. Plenty of material out there for better movies, especially in short fiction (which is a much better jumping off place for a movie than novels are). It’s not like good stories don’t exist.

And we need those stories very badly. We need so many images of powerful women, and not just the kick-ass kind (and definitely not just the nasty bitch kind) to change the way women are seen and heard.

If we had more good movies about strong and powerful women, maybe we wouldn’t hear so much nonsense about “electability” when they run for office.