I ran away to the mountains.

That’s an odd thing to hear from someone who lives “in the mountains.” But my lovely, peaceful mountains are really just forested hills. The highest point in the entire range is only 3,000 feet. What constitutes a mountain versus a hill is apparently up for debate. The usual definition of a mountain is a landform greater than 1,000 feet above sea level. But other definitions put the limit for a hill at twice that. (There are also other characteristics of mountains, like steepness.) So technically my home is “in the mountains,” but viscerally only in the sense of being remote, peaceful, enclosed in redwoods, and requiring 45 minutes to get anywhere except here. Visually, forested hills. Snow maybe once a decade, and mostly along the crest line.

One of the neighbors I go walking with has a family cabin up in the Sierra Nevada. Those are real mountains! The highest point is Mt. Whitney (14,500 feet). Lots of snow. Years ago, I went cross-country skiing and snowshoeing at Royal Gorge, not too far from my friend’s cabin.

Enticed by the Sierra, no access to internet, dubious cellphone coverage, and a chance to curl up in a corner and write, my older daughter and I eagerly accepted my friend’s invitation.  Off we went, carpooling with our friend. A fourth joined us, taking the train to the nearest town. The drive was about four hours, strongly reminiscent of other road trips but without the singing at the top of our voices. We settled in, explored the town, walked around the neighborhood in the increasing chill, and tucked in for the night. 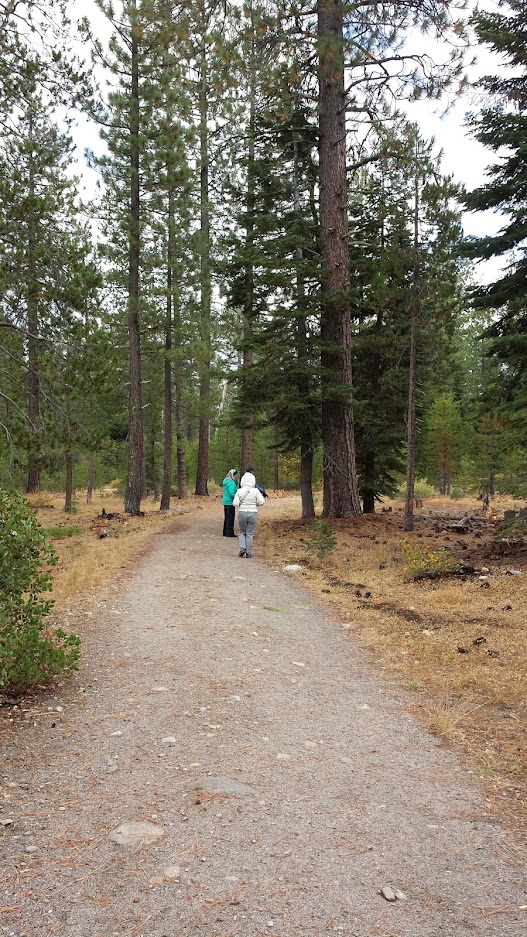 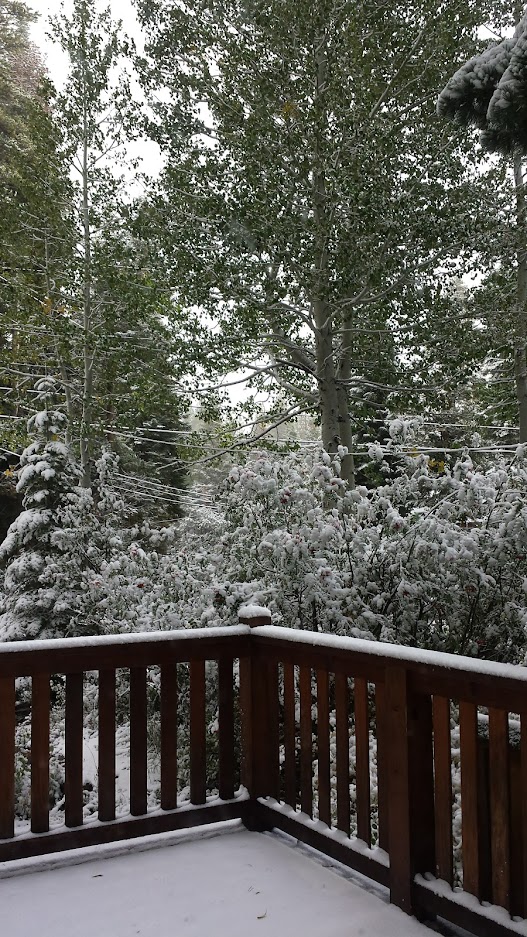 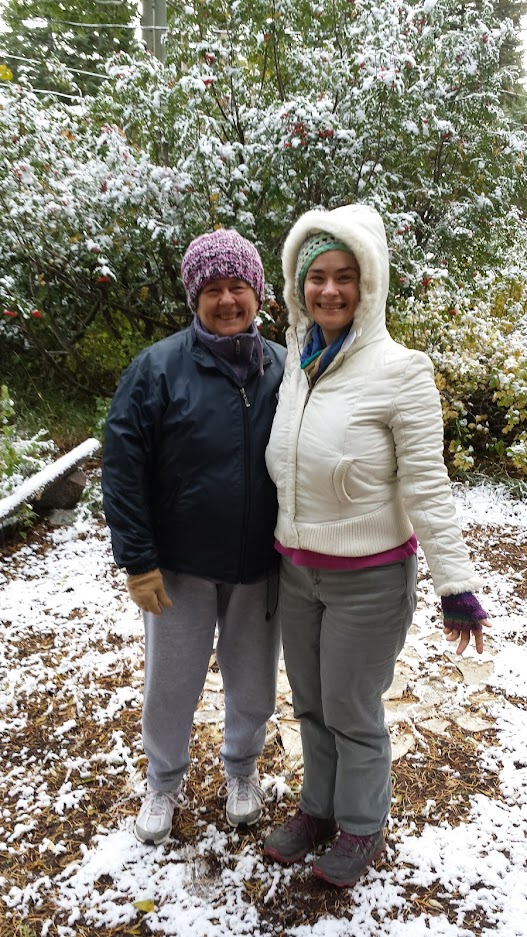