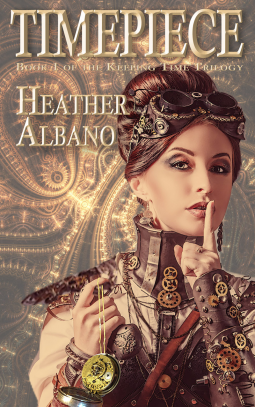 The concept: Jane Austen-style characters travel through time to keep Frankenstein’s monsters from saving the Battle of Waterloo and transforming Victorian London into a nightmare of pollution and Orwellian robots.

The execution: Deft prose, careful characterization, and meticulous historical research brought the story alive from the opening pages; On the eve of the Battle of Waterloo, Wellington’s position is dire. The French have inflicted massive losses on his forces and he fears with good reason that his lines cannot hold another determined assault. The Prussians, whom he had counted on for relief and reinforcement, have been delayed, despite promises of imminent arrival. His only hope: the “special battalion” troops, descendants of the monsters created by “the Genevese” student (presumably a historical Dr. Frankenstein) a generation ago. He makes a choice and sends for them. That’s the set-up.

Across the Channel in England, a young woman, straight of the pages of Jane Austen and very much an homage to Elizabeth Bennett, also aptly named Elizabeth, befriends William, a disabled veteran of those same Napoleonic wars. A mysterious gift, a watch-like device with multiple dials whose purposes are unfathomable, catapults the two to London half a century later, where the city has become an inferno-esque nightmare of pollution, poverty, child labor, and an Orwellian spy state, enforced by gigantic robots. The robots, it turns out, were developed against the “monsters,” who did not simply go away after Waterloo but were used as slaves in hazardous occupations like mining, rebelled, and were driven to Scotland behind “Moore’s Line” (shades of Hadrian, anyone?) Here they meet enigmatic Maxwell, possessor of a second time-travel watch, whose goal has been to prevent the current catastrophe by changing history. His multiple attempts – convince the Genevese to not create a monster, prevent Wellington from using the “special battalion,” etc., have all been unsuccessful. Now our stalwart team, aided by a few sundry folks from 1885 and a few more allies they make upon the way, embark upon the same mission. Needless to say, the following adventures are vastly entertaining, full of poignant moments, character development, and perspectives on the cultural shifts between 1815 and 1885, particularly for women. When they finally return to 1885, the initial signs are good: clear skies, fresh air, streets bustling with normal commerce…except they have inadvertently broken history. And obviously must go on to fix it in the second volume. 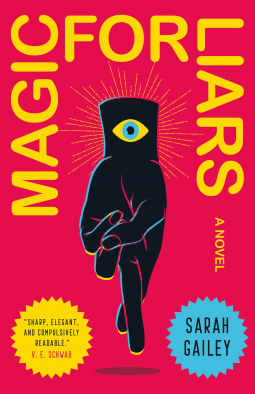 This tale begins as a murder mystery set in an exclusive, private high school for the magically gifted. The first-person narrator is a private detective who’s wearied of digging into cases of infidelity and embezzlement, and both excited and intimidated by her first murder investigation. So much is not all that astonishingly new territory. But this is where the story gets complex. Ivy is an unreliable narrator, whose unerring sense of the truth shines through her layers of self-deception, guilt, and inadequacy. To make matters worse, Ivy’s brilliant, charismatic, and magically talented sister teaches at the school and was romantically involved with the murder victim.

The unfolding of the mystery parallels Ivy’s exploration of her own past, her relationship to her sister, and who she herself might have been “in another life,” if she and her sister had been close, if she had been magical, if she had gone to a good school, if she were attractive and confident, and so forth. The line between Ivy’s wishful imagination and the possibility that she is in the process of unlocking hidden potential is ambivalent, as it should be, making Ivy a complex and utterly sympathetic character. This subtlety arises from superb narrative skill and deep insight into the human psyche, all within the framework of a fascinating familiar-but-new magical world, all the agonies of revisiting high school, and a murder mystery full of twists and surprises.

This debut novel from a small press is an interesting riff on the typical “zombies = bad” trope. Sumsion’s city, Necropolis, is made up of bits and pieces of forgotten things, whether they are articles of clothing, furniture, or entire buildings. The place has the grimy, w 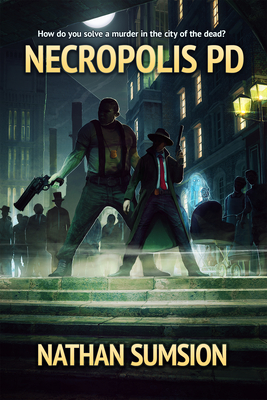 orn, gloomy aspect of forgotten things, and it is into this world that college student Jacob Green stumbles. After being interrogated by terrifying dead men, he’s drafted into the Necropolis Police Force as a detective, and his chief torturer, Marsh, is his partner. Neither Marsh nor the other detectives are willing to help educate Jacob, but the vampire Chief of Police insists that Jacob is crucial to solving their current case: a series of murders of the revenant (dead) citizens. In addition to Marsh, who slowly thaws toward Jacob, Jacob is psychically linked with Ms. Elizabeth Greystone, a ghost, who is my favorite character in the book. She’s brusque, efficient, dry-witted, and only half-there. The plot takes various twists as Jacob struggles to learn police procedure while tracking down clues and trying to integrate into the police department. The world of Necropolis includes shudder-worthy sequences (the insanely violent child revenants in “The Nursery,” for example) but also moments of humor and pathos. Needless to say, Jacob turns out to be considerably more resourceful than his dead colleagues or he himself give him credit for, much to my enjoyment.

The innovative elements, character development, and intrigue kept me turning the pages. I’m not an aficionado of zombie anything (movies, books, you name it) so aspects that caught my attention as fresh might not affect an informed zombie fan in the same way. However, Jacob and in particular Ms. Greystone rise above the genre. At the same time, I found a number of literary flaws problematic. Both the prose itself and the book are flabby in the sense of containing too much that is repetitious, redundant, or unnecessary. The flashbacks, at first confusing, became irritating because they only repeated information I had already surmised and broke the forward momentum of the story. I hope that the author learns to trust his readers to pick up subtle information instead of needing to hammer it home repeatedly. The use of “some” (instead of “a” or “the”) or “some kind of” are a bête noir of mine, and in almost all cases can be excised without significant alteration in meaning. That said, these shortcomings became less intrusive as the story proceeded and did not interfere with my enjoyment of the way everything wrapped up.

In the Shadow of Spindrift House, by Mira Grant (Subterranean) 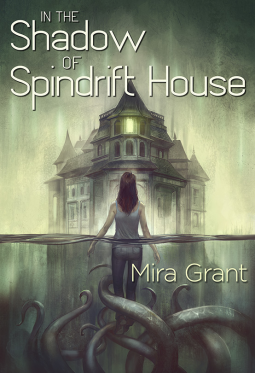 I made my acquaintance of the works of Seanan McGuire through Rosemary and Rue, then the “Incryptid” and “Ghost Roads” series. Mira Grant is Seanan’s horror-writing alias, and I’ve only recently dabbled in her work. Even though horror is not usually my cuppa I’m so glad I did! In the Shadow of Spindrift House is a strange little tale, novella-length if I’m not mistaken, a sort of demented love-child of Shirley Jackson’s The Haunting of Hill House, and the work of H. P. Lovecraft. And a gang of kid ghost-busters, now adults adrift in their own lives.

Spindrift House is haunted; that’s the only thing the denizens of “the half-ruined town of Port Mercy, Maine” can agree on. The land itself is valuable, but the title is clouded, and the documents that would establish claim lie within the strange Victorian edifice. The contesting families have offered a huge reward for the documents, but anyone searching for them must remain for the entire search. So our ghost-busters-now-grown embark upon this treasure hunt.

But the house isn’t safe, and neither is the ocean it overlooks (of course – this is Lovecraft territory, isn’t it?) The imagery shifts from “the sweet, beguiling whisper of the sea” to “the sound of the sea . . . like the beating of some huge, horrible heart.” The house, too, is described in spine-chilling terms from “like it’s rotting from the inside out . . . the banister was slick under my fingers, damp with some scentless, unspeakable fluid . . .” “the house was moving in my veins, burrowing into my bones . . .”

The language, with its frequent references to rot and decay, the sense of creeping, nameless horror, are all evocative of Lovecraft’s work, but also Jackson’s psychological thriller, with its slow peeling-away of the veneer of normality and civilization to reveal most uncivilized secrets.

This is a quick read, full of shivery moments. Familiarity with either Lovecraft or Jackson isn’t necessary to enjoy it, although fans of either work will relish the references.