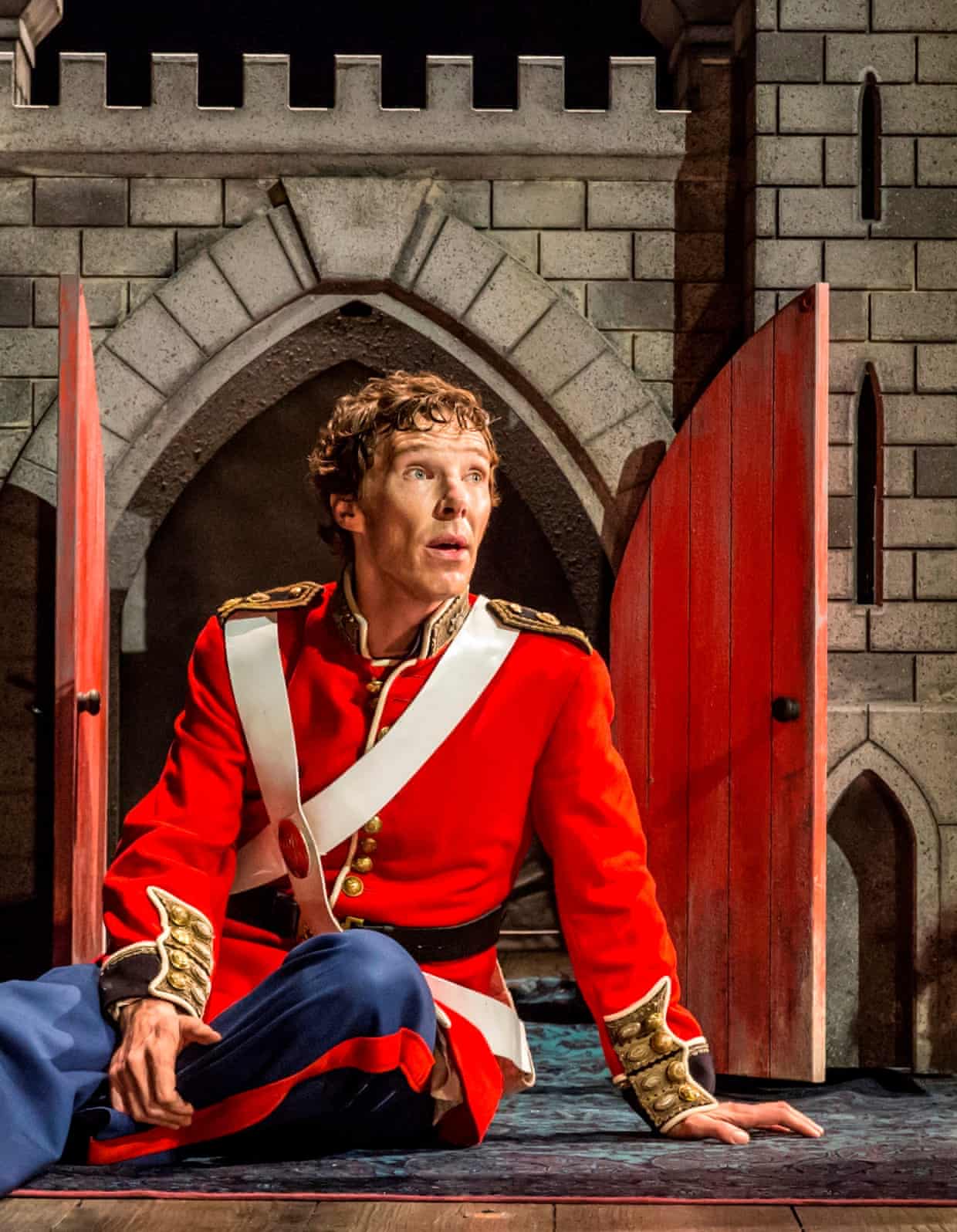 By chance more than wit, in the past seven days I have contrived to see Hamlet twice. The first was the filmed version of the play staged by the National Theatre in London in 2015, starring Benedict Cumberbatch. And a few days later I scored tickets to Washington DC’s Shakespeare Theatre Company and their annual Free For All event, which this year featured a reprise of their 2018 production of Shakespeare’s greatest play. The trend these days, in Hamlet at least, is to shuffle the text. Both these productions had some startling interpolations, moving soliloquies here and there. It’s discomposing, to have the play begin with Hamlet assuring us that this too too solid flesh should melt. Purists cannot approve this, nor the addition (viewable in both these photographs) of cramming our poor prince into odd costuming to highlight his ‘madness’. That plus overly-creative staging and sets keeps both these Hamlets from being versions for the ages.

But seeing the same play through two directorial lenses does let you view different aspects of the play and its problems. Cumberbatch’s Hamlet is clearly older and smarter. The actor’s unparalleled physicality (a standing broad jump onto the banquet table, wow!) allows you to believe that this is a future king of Denmark. Why on earth is this not in the forefront of the prince’s mind? As the only son of Hamlet Senior he is next in line for the throne. How did Uncle Claudius get cutsies in the queue?  Was it simply because Hamlet Junior was at college in Wittenberg, or because Claudius’s key move was marrying Queen Gertrude? There must be a reason why this bothers Hamlet tons more than the loss of his inheritance. And yet this production doesn’t explore this obvious hole in the plot.

Michael Urey stars in the DC production, and his interpretation brings other plot problems to the fore. Suddenly in Act 5 not one but two rounds of poison are served up. Surely it would have been better to at least mention the Danish readiness to resort to the chemical solutions in Act 1 or 2. This is the sort of thing you fix in the rewrite. Because his Hamlet is a much younger man you do realize he’s just a college kid (highlighted in the production by Rosencrantz and Guildenstern turning up in the old college tee shirts). Possibly he didn’t inherit the throne because he’s simply too young; Gertrude is clearly too old to have another prince sired by Claudius and therefore Hamlet will inherit when he matures a little. The complications with Fortinbras (played, in this production, by a magnificent black woman!) show that a key task of Denmark’s king is to lead in war, and I would not trust this Hamlet to do any such thing.

But the main takeaway from seeing two Hamlets in a week is, you realize what legs this play has. A director can squeeze it from any direction and there’s juice to yield. Professional reviewers have seen many a Hamlet and they’re all different. A mediocre play would only allow of one, maybe two interpretations. That Hamlet is fresh every time shows you that it deserves its place in drama’s pantheon.