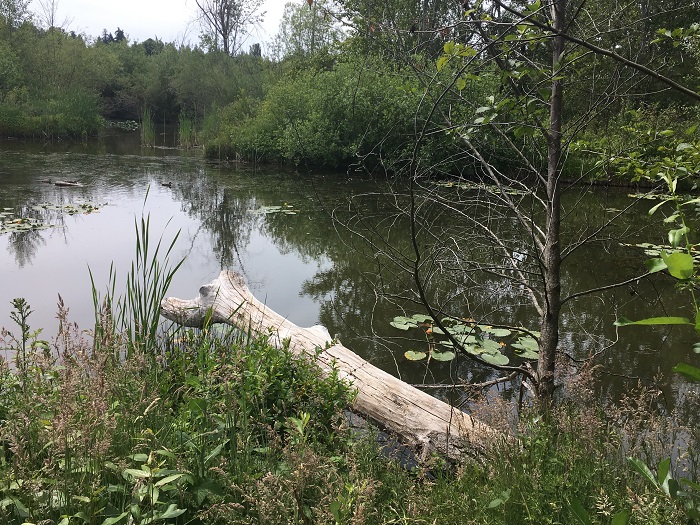 A lovely sendoff for our beloved friend and acclaimed novelist Vonda McIntyre at her memorial service yesterday near Magnuson Park in Seattle.

All of us at Book View Cafe, the author-owned publishing coop co-founded by Vonda, Ursula K. LeGuin, and others, are still grappling with the loss of our wonderful friend this spring. She held the center of our group, tirelessly cheering us on with our writing and even taking the time to format our ebooks for us! Vonda was one of the kindest and most generous people I have ever met, and I consider it a privilege to have known her.

I met Vonda in the 80s, when I started publishing my science fiction novels and began attending cons and other gatherings in the Seattle area. I was in awe of her major award-winning status, and was too shy to pursue a friendship at that point. I observed that she did not suffer fools gladly, and she was a fierce feminist, which I admired at a distance. When I later joined Book View Cafe, I stayed at her house more than once — she was a gracious host to so many there! — while she patiently tried to teach me some ebook-formatting digital tools. I never did master the dreaded Word Paragraph Styles, but we laughed a lot, and she forgave my lack of tech skills. At the memorial gathering yesterday at The Mountaineers auditorium near Magnuson Park, I renewed acquaintance with many of the “old science fiction gang,” including Greg and Astrid Bear, Tom Whitmore, Frank Catalano, Janna Silverstein, and Marci Malinowycz. I learned more about the wide network of friendships she nurtured, including and beyond the writing world. As one friend observed, Vonda did not seek the limelight, but quietly supported many worthy projects behind the scenes.

Our Book View contingent included Nancy Jane Moore, David D. Levine, and Laura Anne Gilman. Laura Anne prodded me to stand up and say a few words, and of course I was the only one to break into tears…. I think Vonda would also forgive me for that.

Jane Hawkins, Vonda’s longtime friend, had organized the “posse” of Seattle friends who gave so much support of Vonda during her illness. Jane also organized and hosted the memorial gathering, with a fantastic spread of Vonda’s favorite sushi and chocolates! 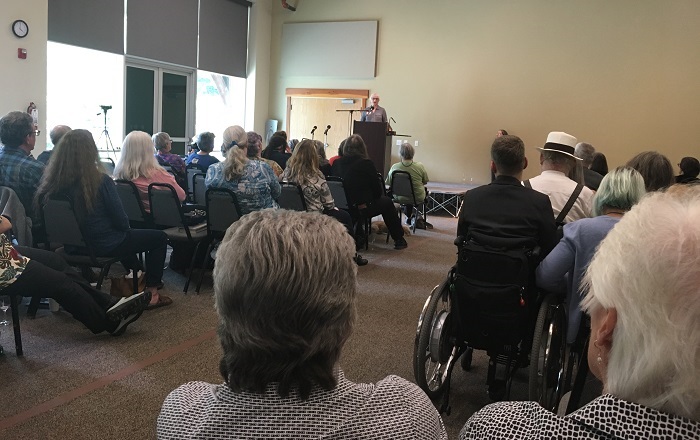 Molly Gloss told a wonderful story of the two-week road trip she had made with Vonda, Ursula, and Ursula’s husband through the Southwest U.S. Before most of us had even heard of GPS, tech-savvy Vonda had brought along a Beta version of an early GPS device, which apparently had some “glitches.” Ursula disliked the device and its female voice, and objected to “Miss Thing.” Vonda, with her embracing of all intelligences, be they human, animal, alien, or machine, replied that “Miss Thing” was still just a Beta and learning….

I wish I had taken more photos of the lovely gathering! Thor and I arrived in Seattle early, driving down from Bellingham, and used the extra time to explore beautiful Magnuson Park on the shores of Lake Washington. Vonda and I had talked about our mutual love of the outdoors, and the serenity of the pond and meadow area (top photo) seemed a fitting place to quietly honor her memory. As we headed toward the memorial gathering, we passed a grassy hill over the lake where kite flyers were testing the wind. This one reminded me of an alien bird who could have inhabited one of Vonda’s boundless stories. Fly free, Vonda! 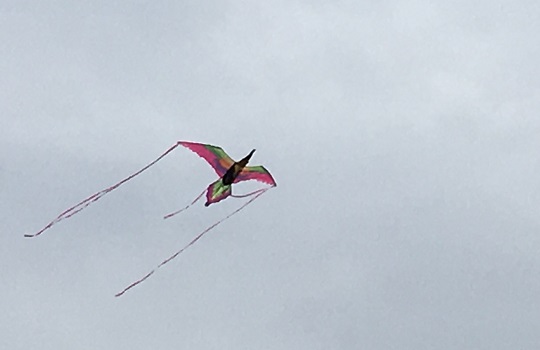 You will find The Rambling Writer’s blog posts here every Saturday. Sara’s latest novel from Book View Cafe is available in print and ebook: The Ariadne Connection.  It’s a near-future thriller set in the Greek islands. “Technology triggers a deadly new plague. Can a healer find the cure?”  The novel has received the Chanticleer Global Thriller Grand Prize and the Cygnus Award for Speculative Fiction. Sara has recently returned from another research trip in Greece and is back at work on the sequel, The Ariadne Disconnect. Sign up for her quarterly email newsletter at www.sarastamey.com