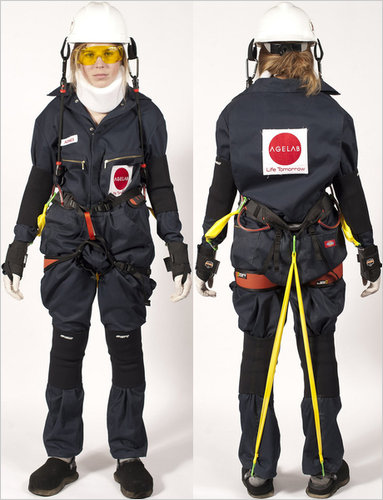 NOTE: I’ll resume my Greek island explorations next Saturday. Stay tuned for Naxos, home of Dionysos and Ariadne! Meanwhile, I’ll be undergoing a second hip procedure that may or may not help me pull on my hiking boots and hit the trails again after many months. I’ll do my best to keep this a no-whining zone! I’d love to hear your approaches to aging.

Raise your hand if not so long ago you felt groovy and danced all night to the tunes of Peace and Free Love. Well, okay, not all of us joined the hippies or roamed the globe *cue soundtrack* “looking for adventure,” but most of reveled in the vigor of our young bodies. That is, until we woke up one morning in the past decade or two and realized that the body-repair procedures were stacking up like the 150K-mile part replacements on my venerable Subaru. The question for me is this: Who am I now? Is that intrepid young adventurer still kicking inside there somewhere, or is it time to put on my author hat and oh-so-maturely revise my identity?

I just found out that I’m wearing an “AGNES Suit.” A distressingly apropos article in the May 20 New Yorker, “Younger Longer” by Adam Gopnik, describes various attempts to study and slow human aging. The (presumably still young and frisky) author visits the AgeLab at the Massachusetts Institute of Technology, where he dons the AGNES suit (Age Gain Now Empathy System). [photo above from The New York Times] The suit includes yellow lenses and various restrictions and weights:

“Slowly pulling on the aging suit and then standing up—it looks a bit like one of the spacesuits the Russian cosmonauts wore—you’re at first conscious merely of a little extra weight, a little loss of feeling, a small encumbrance of two at the extremities. Soon, though, it’s actively infuriating. The suit bends you. It slows you…. Every small task becomes effortful…. The concentration that each act requires disrupts the flow of life, which you suddenly become aware is the happiness of life, the ceaseless flow of simple action and responses, choices all made simultaneously and mostly without effort…. The annoyance, after a half hour or so in the suit, tips over into anger: Damn, what’s wrong with the world?”

That “ceaseless flow of simple action” is what I used to take for granted. I’d dance around the kitchen as I prepared a meal, plucking up this or that, shoving a drawer shut with my hip while doing a little spin to reach for a plate. Reading the “Younger” article, I suddenly wondered how long it’s been since I could open a cupboard without really focusing on it and not banging my hand instead. A friend who’s spent her entire life as a dancer has also recently undergone a hip procedure and is wondering if she will be able to return to the dancing that renews her spirit. I, too, used to love dancing, but it’s been years since I could indulge in spontaneous movement. Jump up or twist or climb the steps without getting all body parts aligned properly, and I pay with strains and yet more chronic arthritis pain.

Who was that carefree young woman? With 20/20 hindsight, I realize that I embraced the usual youthful blindness to mortality as I pushed my physical limits to enjoy those exhilarating rushes of adrenaline. Maybe some of my sports injuries contributed to the current joint issues, or maybe it’s my genetic inheritance from the females on both sides of my extended family. (Eeek, those swollen knuckles from Mom and both Grandmas have somehow appeared on my hands!) Somehow I believed that I could simply choose to inherit my father’s lucky physical toughness—he was actively fishing and hunting and gardening until his 90s. If I followed healthy habits and stayed in shape with my active lifestyle, surely I would continue to enjoy all the hiking, snowshoeing, dancing, skiing, horseback riding, snorkeling, piano playing, and gardening I wanted until old age finally laid me underground. Reality check, anyone?

I was once told by a psychologist acquaintance that he’d invented a new syndrome for me: The Hemingway Complex. It meant that I needed to experience physical adventures in order to write about them, with the implication that this was somewhat immature of me. Now I’m glad that I collected such a wealth of experiences in my younger days. I’m pretty sure that these days I couldn’t lug around scuba tanks and guide/rescue tourists underwater in the Caribbean, or sleep for months on a hard mat in a treehouse without running water or electricity, or hike from Cretan mountains to sea down a flooding gorge while wearing a heavy backpack. (I looked so cheerful during my months-long trek around the Greek islands all those years ago!) At least I do have plenty of material for more novels. 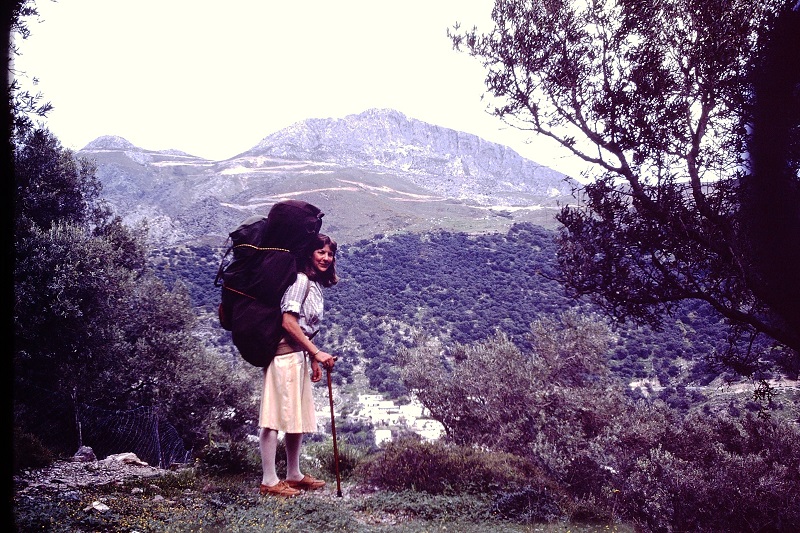 My husband Thor and I seem to have hit some sort of body-repair mileage mark over the past couple of years, and are crossing fingers that we can keep the AGNES suit in the closet for a few more years once we’ve finished yet more rounds of physical therapy. We do spend an inordinate amount of our daily routines on maintenance. The joys of retirement…. Thor, a stoic Norwegian, emulates The Dude in “The Big Lebowski” with a summation of “strikes and gutters.” His hiking has taken a hit with a diagnosis of peripheral neuropathy, plus nerve damage from lower-spine stenosis that now requires him to wear a special prosthetic appliance on one leg. On the plus side, his cataract surgery gave him 20/20 vision, after he was legally blind for forty years without his contact lenses or glasses. And his diagnosis spurred him to quit alcohol and sugar, so now he’s trimmed and tightened his core (and is looking even hunkier than ever!). He actually feels healthier overall. 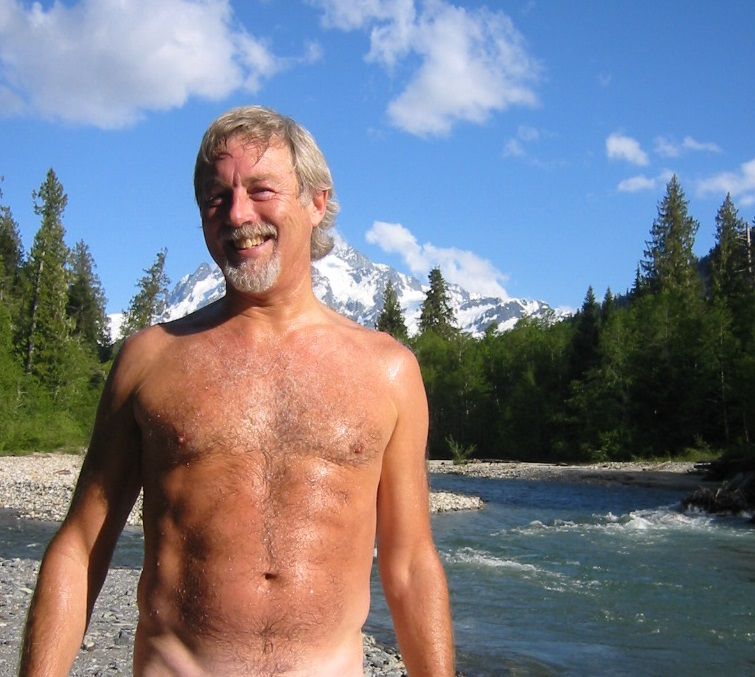 Modern medicine does offer us miracles.  My own spinal stenosis surgery in my neck gave me back the use of my right arm and eliminated the excruciating nerve pain, in effect giving me back my life.

In my first science fiction novel, WILD CARD RUN, part of the plot involves illicit cyborgs that mimic humans and are forbidden by the galactic Plan. A seriously-injured character has had his brain and spinal cord transplanted into a flawless new body impervious to pain and aging. Writing in my athletic twenties, I disapproved of such a technological future, suggesting that there would be some indefinable attributes lost in such a machine body. These days, I’m tempted to say, “Bring it on!”

Not that I want to extend my life span. I don’t want to live to my father’s 96 years, involving all the multiple indignities and insults to himself and those of us attempting to care for him. (The “perpetual aggravation” of old people that Adam Gopnik describes doesn’t begin to capture my father’s rages.)  My personal fantasy would be a world in which people could expect a reasonable life span—maybe in the 80s—enjoying continuing vigor and relative painlessness until an alarm rings, signaling a couple of weeks to get your affairs in order before checking out. And, that, as Gopnik reports, is what some of the recent aging research is aiming toward: “We’ll live well, and then we’ll die.”

While medical science marches on, to the possible benefit of younger generations, we Boomers do our best to stay active and follow healthy habits. I strive to emulate Thor, who cheerfully pivots toward redefining himself within the reality of his new limitations and new horizons opening. Much to be said for being a pragmatic scientist!

And now for your take: How do you define or redefine yourself as you age? What are your tactics moving ahead? Do you believe, as do some philosophers, that the suffering and slowing of old age is an essential stage of wisdom? Or would you rather have that “effortless flow” and use your energy for projects other than maintenance?

Just don’t call me Agnes, yet.

See you next week as we arrive on Naxos!