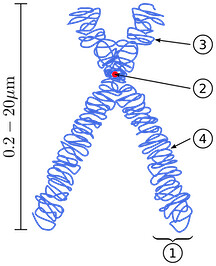 Let’s say you have a child, and if you’re lucky enough that she arrives with all the correct bits and pieces–spleen and fingernails and skeletal system–you feel a little like you’ve won a lottery. Maybe it turns out that the kid needs glasses, or inherited your easily-sunburned skin, but by and large, if you are lucky, your relationship with that child is predicated on the notion you have provided the correct genetic material to create a decent “container” for the person who is learning and growing before your eyes.

Almost immediately this notion can start to fray. When she was about two years old my older daughter fainted for the first time (believe me, nothing is as scary as having your gregarious, energetic child suddenly sheet-white and listless in your arms); after extensive discussion and the sorts of not-too-invasive tests we were willing to do on her, a tentative diagnosis of Vaso-vagal syncope was arrived at: basically, the kid faints under certain circumstances. Oddly enough, so do I. This was the first indication I’d had that, regardless of the possession of a spleen and bones, the genetic material I provided might have been the teensiest bit flawed. Sweetie, couldn’t you have gotten my curly hair instead?

And then, in early adolescence, depression reared its ugly head at different times with each of my daughters. I already knew I had depression and anxiety issues, and I pretty much suspected that my mother and grandfather had too (both were alcoholics; in my mother’s case, at least, I think she was self-medicating for depression). When your beloved child is handed into an ambulance to go off to the psych ward (possibly the most helpless I have ever felt, because I wasn’t allowed to go with her), you think of your family’s history and wonder “did I do this to her?”

A decade later, it turns out that one of my daughters has fibromyalgia, a particularly nasty condition that combines pain and exhaustion with “you don’t look sick” to create a situation where outsiders assume you’re malingering, not making an effort, etc. The girl has stepped up, wrangled with the medical community until she got answers, and a treatment plan, and she’s creating a new normal for herself, and I am deeply proud of her (for this and other reasons, of course). And I look backward wondering if somehow my genes aren’t responsible for this miserable condition that has necessitated her creating that new normal. If only she’d gone for the curly hair…

It’s all about me, except, of course, it isn’t.

A child’s illness–physical or psychiatric–is their illness. They’re in the middle of the experience, feeling the pain or fear. It’s not about me, but like any caregiver of a sick person, I’m in the middle of my own experience of the situation, and I’m going to have feelings. One of those feelings is a sense that I let my kids down by not providing them with better genetic material.

Okay, they got my ability to wrangle a sentence, and their father’s ear for music, and the family sense of humor. Not bad inheritances, and they tell you more about who those g/i/r/l/s/ women are than mere diagnoses. Whatever life, or genetics, throws at them, they will persevere and they will flourish. And maybe my genes have a little to do with that, too.

* It is an article of faith with me that most parents do not get up in the morning thinking “how to screw up the kids today,” although many adult children (myself sometimes included) would argue that it sometimes seems like they do. You bring your own baggage and emotional issues to parenting, and for some parents, the struggle to separate their needs from the needs of their kids–hell, to separate their personalities from those of their children–is one they can’t master. That’s a different blog-post.