At first I thought the current fashion of dark, gritty fantasy – fantasy noir – is just that, a recent shift in popularity, like the explosion of angsty teenage vampire stories. If we take the long view, it’s an established variation in a much larger genre. Historically, fantasy’s appeal was as tales of wonder, from Homer’s Odyssey (a “tall tales” story if there ever was one) to Tolkien’s The Lord of the Rings. Scary things certainly do happen in these stories and much is at risk, but the tone is elevated and the sensibilities are distinctly romantic. I suspect that one reason movie-goers who loved Peter Jackson’s adaptation of The Lord of the Rings and found the novels unengaging was the somewhat old-fashioned “epic” level of prose, very much in line with the mythic tradition Tolkien is so much a part of and yet foreign-sounding and artificial when placed in the context of contemporary “realistic” literature. In this, Tolkien’s work has much more in common with Beowulf than with The Dresden Files.

Spooky stories like the early Gothic novels such as Horace Walpole’s The Castle of Otranto (1764), Matthew Gregory Lewis’s The Monk (1796), the works of Edgar Allen Poe or Mary Shelley’s Frankenstein (1818) approached the fantastical as other-worldly, making no pretense of portraying the seedier side of everyday reality. In Germany, Gothic fiction was called Schauerroman (“shudder novel”), in the sense of a delicious fascination with the macabre. Black magic, occult rites, vampires and ghosts, haunted castles, “the sins of the fathers,” Byronic heroes, ancient curses and the like pervaded these works.

Even stories that sought to balance supernatural elements and realistic settings could in no way be described as “gritty.” As time went on and literary tastes changed, the macabre or horrific elements shifted to include “explained supernatural” and psychological horror. What constitutes “realistic setting” has evolved from 18th Century drawing rooms to the streets and skyscrapers of modern urban fantasy. 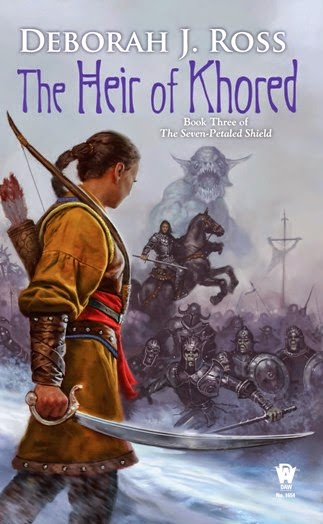 Contemporary gritty fantasy, whether in an urban setting or not, has been influenced by the larger movements in 20th and 21st Century literature. The Cold War fostered the twin sensibilities of paranoia and impending disaster, giving rise to generations of apocalyptic and post-apocalyptic stories. I don’t think Ann Radcliffe or William Polidori, or even Robert Louis Stevenson would have dreamed of the bombed-out cities, virulent plagues, social disruption, and ecological collapse that characterizes modern dystopic fiction. Taking this thought a step further, I see the transformation of the zombie from a figure in voodoo religious rites to yet-another-monster to the victim of an epidemic, to one of hordes that walk the streets and break down doors, infecting everyone they bite, with all the attendant end-of-the-world you-will-be-eaten-next tropes. As a person who remembers the McCarthy Era, I see a chilling parallel in the underlying themes of contagion and loss of humanity. In this way, what we see in gritty fantasy today, particularly the dystopic and urban flavors, reflects the fears rampant in recent history.

At the same time, although it has occasionally fallen out of popular favor, epic fantasy, whimsical fantasy, fantasy that echoes spiritual or religious themes of hope and redemption, not to mention beautiful magic and romance, has not gone away. I think readers (and writers!) respond to the optimism and portrayal of courage, loyalty, and imagination in these tales.

I first got the idea for my own epic fantasy trilogy, The Seven-Petaled Shield, from a series of short stories that were published in Marion Zimmer Bradley’s Sword & Sorceress series. I love horses and was intrigued by the cultural clash between the Romans with their cities and disciplined infantry, and the nomadic horse peoples of Asia – the Scythians, Sarmatians, and others. I wondered how these two very different cultures might give rise to different systems of magic as well as different military strategies. One story (the first one being “The Spirit Arrow” in S & S XIII) wasn’t enough! I fell in love with the vast reaches of the steppe, the nature-based religion of the nomads, the lore of horses. This isn’t so different from what Tolkien envisioned in the Rohirrim of Rohan, although I came at it from a different historical context. As one story followed another, “Rome” deepened and became less of a monolithic enemy and more of a culture to be admired. In order to create the complexity of conflicts necessary for a work of novel length, I added an ancient city-state, guardian of the magical devices that once protected the living world from the forces of chaos. All this was background for the real story, the adventures of a handful of characters as they make their way through this world, each with her or his own goals and follies. I was off and running with The Seven-Petaled Shield.