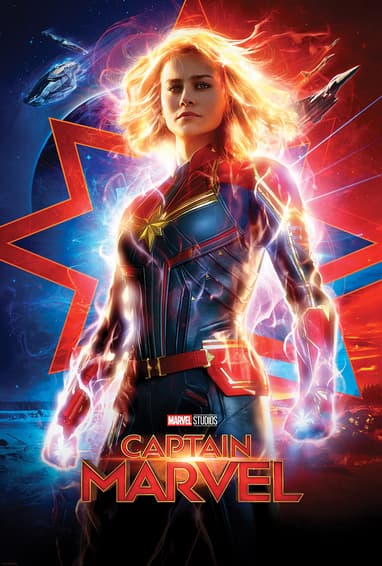 On the whole, I’m not impressed by the marriage of the comic book industry to Hollywood. The worldbuilding is slapped together, the stories are mostly violent tales of war, and the only thing that makes some of the characters ring true is good acting, because they sure weren’t fully developed in the script.

Special effects drive these movies. There was a time when great special effects were enough to make a movie worth seeing. But after Star Wars came along and showed what could be done, every movie with a big enough budget has them.

I could easily live the remainder of my life without ever seeing another high speed car chase, space battle among vessels powered by the very best handwavium, and fight scene between beings with super powers.

And mostly I do just that: avoid them. I have seen just three comic book movies in the past several years: Wonder Woman, which I saw against my better judgment because so many feminist friends of mine loved it (I didn’t — see my earlier comments here); Black Panther, which is the exception that proves the rule, a gorgeous movie that takes advantage of everything a visual medium can do and whose only flaws are due to the silly universe rules laid down by Marvel; and now Captain Marvel. (There are a few spoilers after the jump – be forewarned.)

Captain Marvel is not an exception. If it is less annoying than Wonder Woman, it’s only because it was less ambitious in the first place. For the first thirty minutes or so, I seriously considered leaving the theater because I was bored.

But then the action moved to Earth and the story got a little more interesting (despite the interminable car chase after an elevated train), probably because Nick Fury (Samuel L. Jackson) and Maria Rambeau (Lashana Lynch) showed up. So I stuck it out.

And was rewarded with several scenes that did strike strong feminist chords. In fact, seeing this movie made me understand why so many misogynist trolls screamed about it, because they really would hate it if they actually saw it.

Carol Danvers (Brie Larson) and her friend Maria, and for that matter, Maria’s daughter Monica (Akira Akbar), are empowered women. This movie not only passes the Bechdel test with flying colors, it has Carol and Maria talking about the discrimination they faced back in the day as kick-ass pilots in an Air Force that wasn’t giving them many opportunities.

Seeing Carol, with her superpowers, do amazing things wasn’t a surprise (and is, in fact, what is so boring about superhero stories – of course the heroes can fall through the air or blast through a spaceship). But watching Maria pilot a revved up experimental plane was fun, because she is human and you know she worked hard to get there (and yeah, OK, you have to suspend your disbelief a little bit, because I don’t think anybody can actually fly a ship that way, but still).

The most powerful part comes at the end, when Carol’s Kree handler (Jude Law, who has some name but I forget what), who has manipulated and gaslit (gaslighted?) her all along, tries to do it again. He taunts her to fight him without her superpowers, to prove herself.

And she zaps him, saying, “I don’t have to prove anything to you.”

That, my friends, is a feminist moment.

Now of course, the movie wasn’t technically about that moment. This isn’t directly a story about gender relationships. But we viewers don’t live in that world; we live in this one in which women are subjected to these games on a regular basis, one in which reaching the point where women realize we’re not obligated to prove anything to men is an important milestone.

This is a movie in which powerful women don’t take any shit. No wonder the misogynist trolls are so scared of it. If Carol Danvers can save the universe with the help of people like Maria Rambeau, who knows what will happen next?

And maybe the trolls will start running into women who can kick their ass on social media and in real life.

Why doesn’t someone make a movie about that?