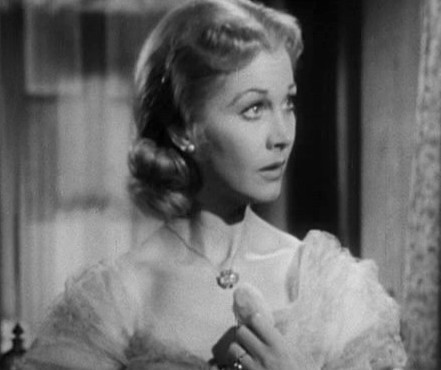 That’s Blanche DuBois, above (Vivien Leigh) talking about the way she gets through life. In her case, there’s a sort of learned-helpless dependency thing going on. But really, in a civil society, in a kind society, we all depend upon each other for large and small kindnesses.

Case in point: when my daughter was four months old we took her on a not-road road trip to visit my aunt and uncle in LA, and my sister- and brother-in-law in northern California. My daughter, about the size of a respectable rump roast but O! much cuter, was a champion on the flight from NYC, and then on the flight from LA to SFO. Unfortunately, on the flight back to New York… she started teething.

Babies are often unhappy about air travel anyway: the changes in air pressure play merry hob with their inner ears. A teething baby is already unhappy: there are sharp pointy teeth trying to erupt through those tiny pink gums, and it hurts like hell. A teething baby on a 5-hour flight is going to be every business-traveler’s nightmare. So there we were, in the three middle seats in the 5-seat center section, with a woman sitting to my left who glared preemptively when she saw there was an infant in her row. She arranged to change places with an elderly woman before the flight took off (and the elderly woman, bless her, fell asleep and slept through the entire flight. She may have been the only one).

I did my best to keep the baby quiet. I defy anyone to breast-feed for six straight hours–which was the only thing that calmed her at all. Some of the time even that didn’t work. Danny did his best, taking her for a bouncy stroll along the aisle every now and then so that people in the forward area of Economy could glare at him. I felt guilty because I knew my child’s misery was affecting everyone on the plane. Which made me defensive: if everyone was going to hate me and my daughter, well, I’d hate them right back.

There was a man, about six rows forward, who kept turning to look at us. And I knew, I knew he was disapproving of me, disapproving of my child, and so he became the surrogate for all the other passengers who were disapproving of me and of my child. By the time that flight ended I had talked myself into good, solid, outrage on behalf of my poor unhappy baby. We waited until pretty much all the other passengers had deplaned, then gathered up child and paraphernalia and began to make our way to the door. And there, paused in the jetway, was The Man Who Hated My Baby (this was not my most rational moment, yeah). As we approached him I prepared to defend my baby and my parenting and–

“I felt so bad for you,” the guy said. Sympathy pretty much shone from his eyes. “My wife and I took our six-month-old to England last winter, and he cried the entire way, and I know how hard it is. She’s really beautiful,” he added, looking at my child, who had finally conked out on my shoulder, exhausted by rigors of five hours of misery.

I stammered “thank you.” And I think, in that moment, I would have married this man. Just because he rearranged my entire narrative about the flight, and blessed it with kindness.

That four-month-old is now almost 29, but I remember that man and his kindness still. A very little thing can take a huge weight off a person. Think about it: Haven’t there been times when someone did something that made an outsize difference to you? Something that you remember years later?

So yes, I depend upon the kindness of strangers… and you do too. And the odds are that you have been that stranger to someone else, maybe more than once, maybe in ways you didn’t even notice.