For a couple of years now, I have been chronicling my wife’s and my adventures in restoring the home in Puerto Rico that Allysen’s parents built forty-some years ago. Last year we got it all fixed up and available to rent, at last. And then came Hurricane Maria. The people here did heroic work clearing away fallen trees and generally cleaning up the huge amounts of debris left from the hurricane. Despite that, it turns out the damage was considerably worse than we had believed.

Allysen came down first, a few days after Christmas. Her initial discovery: no running water. (Power and water had been restored a least a month before to the neighborhood, but water to our place was nonexistent.) Her second discovery: Three of the four toilets were unusable (even when supplied by buckets of water from the pool). It turned out that when the great mahogany tree came down in the hurricane, its roots ripped up a section of the septic line. The one toilet that did work had a huge piece of cracked concrete hanging over it, looking like the Sledge of Damocles. Large sections of fence were mangled, and the newly installed driveway gate was bent. An accident that mashed the rental car was just the icing on the cake. (No one was hurt, thankfully.) 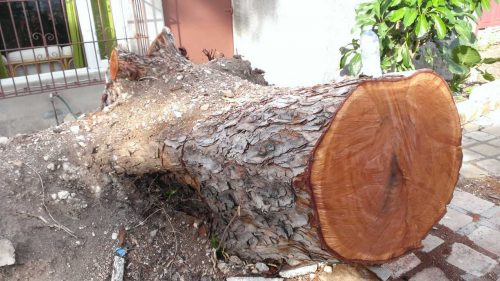 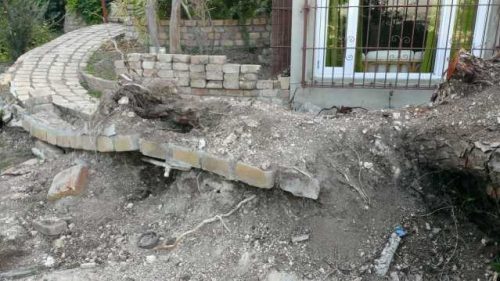 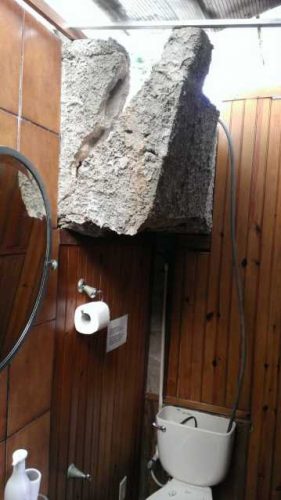 Through all this, Allysen remained astonishingly calm, steady, God-trusting, and of good cheer. If it has been me here alone, I think I would have locked up, thrown away the key, and headed back to the airport. 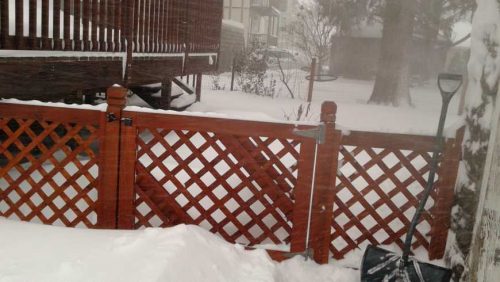 While this was going on in Puerto Rico, I was contending with a little blizzard in Boston. (To be continued…)