Tiny changes in a white dwarf’s brightness reveal that the stellar corpse has more oxygen in its core than expected, researchers report online January 8 in Nature. The finding could challenge theories of how stars live and die, and may have implications for measuring the expansion of the universe.

As a star ages, it sheds most of its gas into space until all that remains is a dense core of carbon and oxygen, the ashes of a lifetime of burning helium. That core, plus a thin shellacking of helium, is called a white dwarf.

Luckily, some white dwarfs encode their inner nature on their surface. These stars change their brightness in response to internal vibrations. Astrophysicists can infer a star’s internal structure from the vibrations, similar to how geologists learn about Earth’s interior by measuring seismic waves during an earthquake.

Saturn’s rings, made of countless icy particles, form a translucent veil in this view from NASA’s Cassini spacecraft. 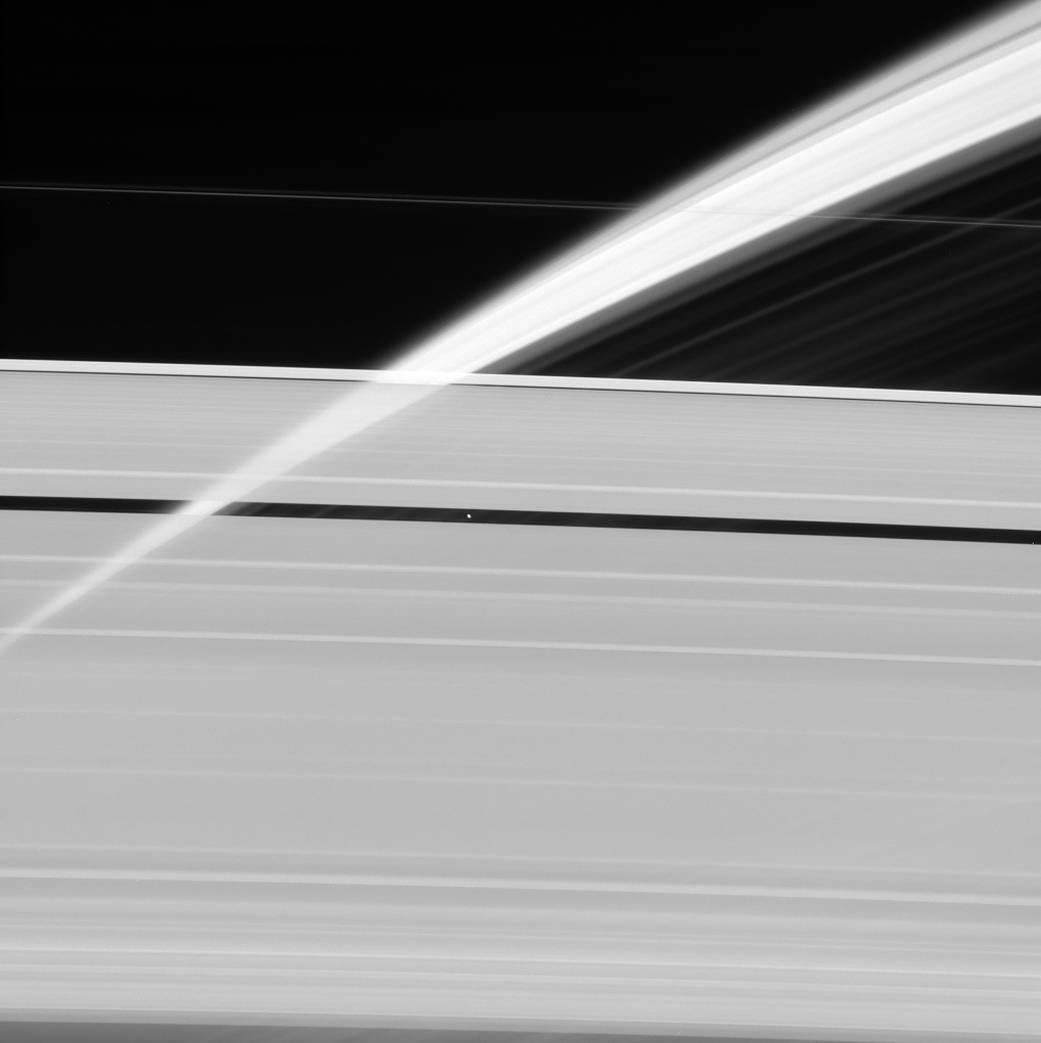 Saturn’s tiny moon Pan, about 17 miles (28 kilometers) across, orbits within the Encke Gap in the A ring. Beyond, we can see the arc of Saturn itself, its cloud tops streaked with dark shadows cast by the rings.

This image was taken in visible light with the Cassini spacecraft narrow-angle camera on Feb. 12, 2016, at a distance of approximately 746,000 miles (1.2 million kilometers) from Pan.

The map revealed several new features on Titan, including new mountains, none higher than 700 meters. The map also provides a global view of the highs and lows of Titan’s topography, which enabled the scientists to confirm that two locations in the equatorial region of Titan are in fact depressions that could be either ancient, dried seas or cryovolcanic flows.

The map also revealed that Titan is a little bit flatter — more oblate — than was previously known, which suggests there is more variability in the thickness of Titan’s crust than previously thought.