Back in the 1990s, when themed anthologies were all the rage, I heard about one that was right up my alley and open to submission: Ancient Enchantresses, to be edited by Kathleen M. Massie-Ferch and Martin H. Greenberg for DAW. The editors wanted historical fantasy featuring strong women characters and magic, as is clear from the title. As I cast about for a subject, I found myself more and more – excuse the pun – disenchanted with Western European historical characters. It seemed to me that the women of interest had been portrayed more than frequently enough, and I had little interest in Celtic mythology. When I lamented my lack of inspiration to a friend – not a fantasy writer, but the director of a pre-school at a Jewish community center – she suggested I take a look at Written Out of History: Our Jewish Foremothers, by Sondra Henry and Emily Taitz (3rd ed, Biblio Press, 1988). Posthaste, I ordered a copy of the book and then pored through it. The chapters were short, more summations than in-depth histories. Although quite a few of them piqued my interest, only one suggested a story, that of Dona Gracia Nasi. The section began:

Unlike Benvenida Abrabanel, Beatrice de Luna belonged to a family that had chosen to become Marranos [unwilling converts to Catholicism – also known as conversos] so that they could remain in their home in Portugal. They had a successful business and a rich life. Beatrice was born in 1510, thirteen years after the expulsion of all practicing Portuguese Jews. Those remaining in Portugal worked hard to hide any Jewish allegiance from the world…

I devoured the section, all four pages of it, from Beatrice inheriting her husband’s share of an immense international commodities business to her flight from one country after another, the Inquisition hot on her heels, to her imprisonment in Venice, her transformation into Dona Gracia Nasi (her childhood Jewish name), to her eventually settling in Turkey at the invitation of the Sultan. But all this was so abbreviated as to be tantalizing without deep substance.

In the footnotes, however, I discovered that historian Cecil Roth had written an entire book about Gracia, The House of Nasi: Dona Gracia (Jewish Publication Society of America, 1947). Although the book was out of print, I was able to borrow a copy from a local university library. Within those scholarly pages, I discovered a story as dramatic, tragic, and inspiring as anything out of Hollywood or New York.

I could have tried to tell Gracia’s entire story, but that would have meant either another abridged version or an extensive tome. I decided, therefore, to focus on a shorter period of her life: the flight from Antwerp (when Queen Marie of Burgundy, Regent of the Low Countries and sister to Charles V of the Holy Roman Empire, schemed to marry off Gracia’s young daughter to one of her courtiers) to Venice. I’d visited Venice briefly during the time I lived in France (1991) and had vivid memories of the shadows under the bridges over the canals, the ancient plazas and towers, and the omnipresence of the sea. I wandered through the original ghetto, Il Ghetto, the old foundry district. I cut out an image from a tourist brochure of a person in the traditional Mardi Gras costume called bauta (including a white mask, tricorne hat, and a black tabarro, a short cloak) and pinned it on my bulletin board, hoping to find a story that would capture the sense of brooding menace. (As an aside, I’m not comfortable with clowns, either.) Armed with image, memory, and scholarly text, I embarked upon the tale. 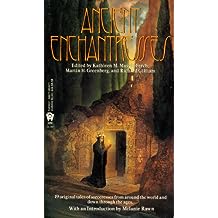 “Unmasking the Ancient Light” is a tribute to the perseverance of a woman under extraordinary reversals and dangers. Life was perilous for European Jews in the Renaissance, as it had been in centuries earlier. Jews had been expelled from (among others) England (1290), France (1182, 1306, 1321, 1394), Spain (1492), and Portugal (1497). The series of expulsions forced Jewish communities to find safe (or safer) havens, in the Netherlands, Venice, and Islamic countries, such as the Ottoman Empire. They developed international systems of commerce and banking, as well as close familial and communities ties. Gracia’s family was no exception. From Spain (“convert, leave, or die!”) they relocated to Portugal, then to Antwerp, and so forth. While in Italy, Gracia dropped the pretense of a converso and began finding ways to support her fellow exiles, whether lending material aid to individuals to becoming a patron of the arts to creating a printing house to publish Jewish texts in Hebrew and also Spanish (the Ferrera Bible) for those unable to read the ancient languages.

The list of Gracia’s accomplishments could easily fill the word count of a piece of short fiction, but I wanted her story to be more than a list of the amazing things she had done. I wanted to capture the spirit of the woman – if not historically accurate, as is always the challenge with fantasy – but one that would speak to the hearts of readers as Gracia had spoken across the centuries to me. I focused, then, on her struggle to survive the political intrigues and animosities of her time while preserving and nourishing the spirit of her people. The magic, as it were. Here I found a second inspiration in various treatments of the feminine aspect of the divine and the equivalence of the Shekhinah, sometime called the Indwelling Spirit, with light, without getting too dogmatic or theological. 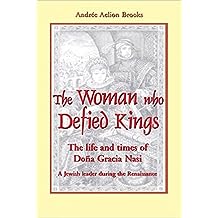 As a final note, since I dutifully returned Cecil Roth’s book to the university library, my husband presented me with a copy of The Woman Who Defied Kings: The Life and Times of Dona Gracia Nasi, A Jewish Leader During the Renaissance (Andree Aelion Brooks, Paragon House, 2002). If you want to know more about her, I recommend this highly accessible book (which has a ton of footnotes, for the historians among you).