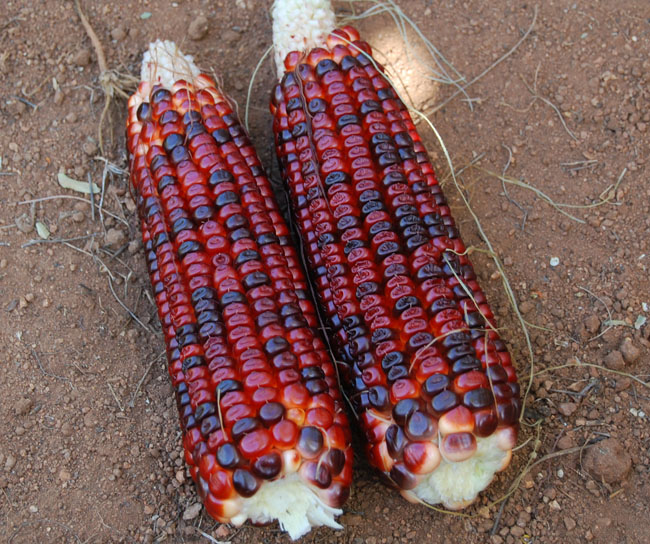 We woke up this morning and the ground was wet. Thoroughly wet. Under the trees and the car. On the sidewalk and the grass. In the garden and on the fruit trees. I didn’t have a chance to crack the surface in the garden to see if it went more than skin deep, but I have hopes.

Let me back track.

This year has been pretty rough on Walking Rocks Farm.

Let’s start with the spring.

We had a relatively mild winter and then a warm patch. All of the stone fruits (Nectarines, peaches, apricots, almonds.) began swelling buds. Then: Bam! Twelve below zero. Every blasted bud: dead. Absolutely nothing on any of the stone fruit. At all.

The trees themselves were fine although there were a few casualties that were in pots outside. Nothing that can be managed but the stone fruit crop was a complete fail.

But we had hopes for the apples and cherries. That was before we had the Caterpillar Infest From Hell.

We don’t like to do much in the way of spraying poison. Instead we use Surround and oils. But this really only works after the caterpillar eats a piece and gets sick. It doesn’t work for blossoms since by the time the Surround works the blossom is already digested. So this year we saw what was coming and sprayed before and after the blossoms.

We didn’t spray enough. My own fault, really. I don’t like spraying poison.

Anyway, to make a long story short: no pears, plums or apples. The grapes and Cornelian Cherries were all right. The CCs blossom before the caterpillars and the grapes after. The chestnuts were hit pretty hard but they are strong and I think we’ll have a fair harvest.

We planned out the garden with black plastic this year, a mix of porous and non-porous materials. The non-porous was for the melons and the porous was for most of the remainder. The corn was mulched—a mix of Bloody Butcher and sweet corn. We mounded up the potatoes and planted the beans and the carrots. That was the end of May. Then, the drought struck.

Remember rain? I have trouble.

Go here to see the Massachusetts drought map. See that big red section? We’re in that. But it’s even worse than that.

Microclimate is everything and we are in what we like to call the Hoppy Pocket.

It works like this: weather tends to comes in from the west. So we’re always seeing popup storms on the maps and getting our hopes up. Northeast of us is a hill a couple of hundred feet higher than we are. Southwest of us is another hill. Consequently, anything coming at us that’s the least bit vulnerable has to barrel directly in from due west.

Unfortunately, that rarely happens. Usually it comes from the northwest or the southwest. Occasionally, it rolls in from the northeast—what in New England we call a Northeaster. But that’s usually reserved for tropical storms or nasty winter storms. None of that applies here.

So we’ve been watching other places in the Red Zone get a little water here and there when we get passed by,

Soil has this interesting quality when it gets really dry. It starts to repel water. You’ll water a section of the garden only to see it bead up as if the water had fallen on wax paper. You have to pool the water a let it stand a bit to overcome this. Once overcome, the water will slip easily into the soil. Mulch helps with this. I’ve been digging little trenches everywhere to catch the water and hold it long enough.

It’s been hot, too. This hasn’t just been a dry summer. It’s been a hot one, too. We don’t water our lawn and a lot of it is dead. Only those trees that have deep roots are doing well. Up and down our street, some fairly established trees turned out to be in marginal spots and have died or given up. We won’t know until next year. Microclimate is everything.

The carrots didn’t make it. The first direct seeding of beans didn’t make it. The squash, melons and corn have been doing all right. The tomatoes weren’t doing well until we realized the extent of the problem and watered every day. In other years, even drought years, every other day or every third day has been sufficient. Not this year.

We’re starting to see odd things, too. For example, we tend to water in the evening. Turns out some of the squash varieties don’t like this and have a white fungus on them. The basil has been all right but there’s some yellowing I don’t like. The kohlrabi is content to just hang there, not growing but not dying, either. The potatoes did all right for a while but finally said they’d had enough and we harvested early.

The musk melon varieties are doing great. The watermelons are growing but haven’t set as much as I expected. They like the heat but I don’t think they got enough water.

Our turtles (the walking rocks of Walking Rocks Farm) have spent a lot of time buried in the soil. Recently, we’re seeing wildlife responding. I’ve been seeing little diggings in the garden. At first we thought it was the turtles. This is one of the times they like to lay their eggs. But there were too many spots and they were too small. I’m thinking skunks desperately looking for grubs. We brought the turtles into the greenhouse until we can figure what’s going on.

There’s also been nibblings on the onions and rhododendrons—desperate deer I expect. And our cat has decimated the local rabbit population. I think they are desperate and Ripley is right there and eager to help.

Still, we had gazpacho last week. Over the weekend Wendy made an excellent savory cornbread with onions, sweet corn and peppers. All about as locally grown as you can get. The grapes are stressed but I think we’re going to have a nice harvest on the Concords and the Marechal fochs. The sweet grapes, not so much. One new grape vine withered and died but another seems to be holding its own. The kiwi had a rough patch but seem to have recovered.

Likely we’ll still have to keep watering. The drought shows no sign of breaking just yet—one rain isn’t enough for that. But the well is strong. The trees and vines will survive the summer. As meager a harvest as this might be, it’s still a harvest and we’ll celebrate it.

We’re already thinking how to learn from this for next year.